Kevin Lamoureux: Even a night on the town can be work 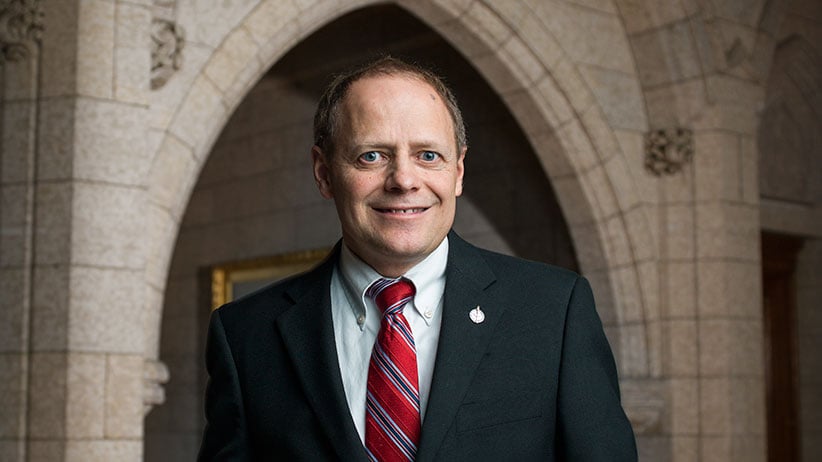 For Kevin Lamoureux, life is work and work is life. Where so many of Ottawa’s parliamentarians struggle to strike the right balance between their duties as elected officials and their lives at home, Winnipeg North’s MP sees no such distinction. Lamoureux, who has spent most of the past 30 years in elected politics, is always on the job. “To me, that line’s almost evaporated,” he says. “It’s such a privilege being an elected official. I thoroughly enjoy it.”

Sheer numbers demonstrate Lamoureux’s commitment to his craft. The Liberal MP has spoken more than 400,000 words into the parliamentary record since the last election, by far more than any other MP. In just one week in late October, Lamoureux defended salary increases for certain ministers, infrastructure funding for small communities, the legalization of marijuana and Finance Minister Bill Morneau’s ethical judgment.

Back home in Winnipeg, Lamoureux thrives on meeting constituents for several hours at a McDonald’s every Saturday: “It’s where I get ideas.” He hosts a Canada Day party each year that draws thousands of constituents. Even a night out on the town turns into work. “You go to a movie, you meet with constituents,” he says. “Does that count as downtime? My life is all politics and personal. I combine the two.”

Lamoureux calculates that he spends about 80 per cent of his waking hours on his job. That might be why his colleagues voted him the hardest-working MP in Ottawa. Through sheer force of will, he simply never stops.

FILED UNDER: Editor's Picks Kevin Lamoureux Parliamentarians of the Year 2017