Politics Insider for February 21: Trudeau's tries the apology route, Wilson-Raybould gets a standing O from the opposition and a budget promise that sounds familiar 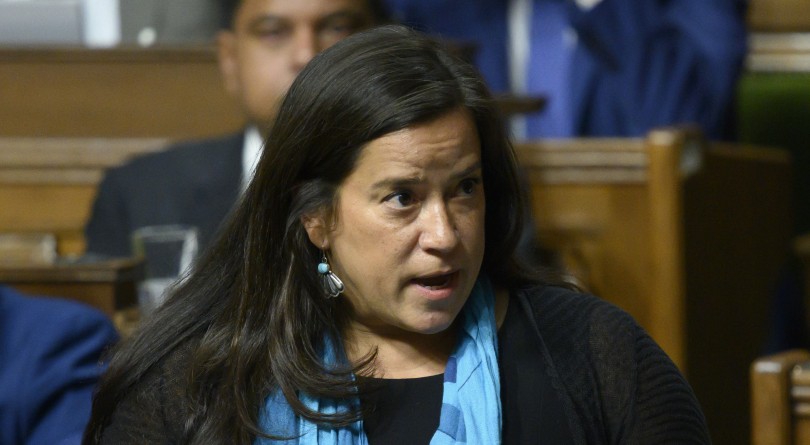 Liberal MP Jody Wilson-Raybould speaks in the House of Commons on Parliament Hill in Ottawa on Feb. 20, 2019. THE CANADIAN PRESS/Sean Kilpatrick

If there ever was a deal to earn Jody Wilson-Raybould‘s silence in the SNC-Lavalin affair as some cynically pondered — specifically, she gets Gerry Butts‘s head on a platter in return for her going easy on the government when she finally speaks — it blew up in spectacular fashion Wednesday.

First, Prime Minister Justin Trudeau appeared to extend an offer of peace to Wilson-Raybould, who resigned from cabinet after allegations surfaced that while she was attorney general the PMO had tried but failed to pressure her to help SNC-Lavalin avoid a fraud trial. Trudeau apologized to her, both in a caucus meeting and standing before reporters, for not being “quick enough to condemn, in unequivocal terms, the comments and commentary and cartoons made about her last week.” (CTV News)

Then Trudeau congenially called for an “airing on this situation” so Canadians can “hear the different perspectives in this situation,” a reference to Wilson-Raybould’s expected appearance next week before a parliamentary justice committee. (Canadian Press)

(Side note: even Trudeau seems lost as to where we are in this story, not to mention Wilson-Raybould’s status in the party: “Obviously, she had asked to speak to her fellow, er, her former caucus, sorry, cabinet members, colleagues, and that’s exactly what she did,” he stumbled during a scrum with media.)

Ah, but then in the House Trudeau joined most (but not all) Liberals in voting down an NDP motion that urged the government to launch a public inquiry into the allegations, and for Trudeau to waive solicitor-client privilege so Wilson-Raybould can speak openly about what went down between her and the PMO last year. (The two Liberals to side with the opposition were Nathaniel Erskine-Smith and Wayne Long).

Part way through the voting, Wilson-Raybould rose to share some of her different perspective with the House. After making note of the fact she was abstaining from voting on the motion and amendments because they involved her (she didn’t need to point out that Trudeau wasn’t abstaining, the opposition did that for her) Wilson-Raybould lobbed the steaming spud back to the Prime Minister: “I understand fully that Canadians want to know the truth and want transparency; privilege and confidentiality are not mine to waive and I hope that I have the opportunity to speak my truth.” (Global News)

Cue standing ovation. By the opposition. For a Liberal MP. While the rest of the Liberals sat on their hands.

For what it’s worth — and no one else seems to be claiming to have seen this and perhaps the eye sees what the mind wants it to and it would be a stunning lack of self-awareness if true, but… — after Wilson-Raybould rose to speak, Conservative MP Michelle Rempel tweeted that Trudeau looked at Liberal MP Carla Qualtrough “and both give her a mocking look and shake their heads in disgust.” Alas, no instant replay exists since the pool cameras in the House were fixed on Wilson-Raybould as she spoke, as per the rules. (Twitter)

Hey, you know what would help change the subject right about now? A budget. Finance Minister Bill Morneau announced a date of March 19 for the Trudeau government’s last budget before the federal election. While promising to be “fiscally responsible” he indicated the budget will address skills training, millennial housing needs, pharmacare and support for seniors. (Canadian Press)

John Geddes looks the question of what more Morneau can promise on the skills training front, given the government has already promised so much yet delivered so little. (Maclean’s)

In a note apparently to everyone on social media who’d been clamouring for former Conservative MP Tony Clement to resume his sharing ways, Clement returned to Instagram Wednesday and thanked his followers “for allowing me time away from social media as I get my life back in order.” His Twitter and Facebook followers will have to wait, as Clement hasn’t posted any updates since he was booted from the Conservative caucus after sending sexually explicit photos of himself to extortionists. (CTV News)