In an interview, Labour Minister Patty Hajdu explains her response to faith-based groups' complaints that Ottawa was prying into their beliefs 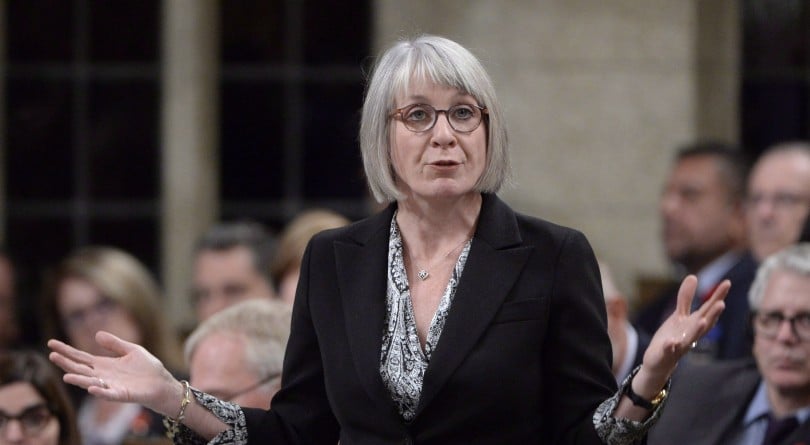 Labour Minister Patty Hajdu rises during question period in the House of Commons on Parliament Hill in Ottawa on Tuesday, Oct. 30, 2018. (THE CANADIAN PRESS/Adrian Wyld)

The federal government is changing the application form for its Canada Summer Jobs program in a bid to make peace with faith-based groups who were outraged over what they viewed as prying into their fundamental beliefs as a precondition for receiving CSJ funding last summer.

The CSJ controversy erupted early this year over what came to be known as the “attestation”—the government’s demand that any group applying for a job grant “attest” that its “core mandate respect individual human rights in Canada, including the values underlying the Canadian Charter of Rights and Freedoms as well as other rights.”

The application form went on to spell out that, to be eligible for funding, groups must respect rights including “reproductive rights and the right to be free from discrimination on the basis of sex, religion, race, national or ethnic origin, colour, mental or physical disability or sexual orientation, or gender identity or expression.”

The wording seemed designed mainly to block anti-abortion groups that had previously succeeded in getting CSJ funding for students who worked on their campaigns. But the debate quickly widened into a national argument about freedom of conscience and freedom of belief. By last spring, an Angus Reid Institute poll found Canadians about evenly split overall on the issue, with 68 per cent of Conservatives saying the attestation was unfair, along with 41 per cent of Liberal voters, and 44 per cent of NDP partisans.

However, the new application for summer 2019 will no longer ask about a group’s “core mandate” or what rights it respects. Instead, it will list as ineligible any projects and jobs that “actively work to undermine or restrict a woman’s access to sexual and reproductive health services,” or that “advocate intolerance, discrimination and/or prejudice.”

In an interview with Maclean’s, Employment Minister Patty Hajdu, who is responsible for the CSJ program, said the new wording tries to assuage the concerns of religious groups. Opposition to the attestation was led by organizations like the Evangelical Fellowship of Canada and the Canadian Conference of Catholic Bishops.

Dropping the attestation in favour of straightforwardly stating which jobs are ineligible will be the most scrutinized change when MPs of all parties see the new application documents sometime this week. But there are other key changes to the CSJ program, including making the program open to all young Canadians, ages 15 to 30, not just students. As well, CSJ-funded jobs will be posted online to make them easier to find out about.

Here is the full Maclean’s interview with Hajdu on the CSJ changes:

Q: What are you aiming to do by changing the wording around ineligible projects and job activities?

A: As you know, we had a heated conversation last year about the attestation. We really wanted to listen to Canadians. We wanted to work with feedback we received. Unfortunately, we heard that there was confusion about the wording of the attestation last year, and it was heightened by the Harper Conservative misinformation machine, which sort of seized it and amplified the confusion. We tried last year to be very clear that this wasn’t about values and beliefs, it was about jobs and job activities. But, in response, we wanted to be very, very clear this year that this is about the activities of young people. The funding of the government of Canada that will go to support youth employment opportunities across the country.

Q: The new form specifies that projects are ineligible for jobs funding if they “actively undermine or restrict a woman’s access to sexual and reproductive health services,” and there’s language to exclude projects that advocate intolerance or are contrary to laws against discrimination.  Do you think that effectively accomplishes what you set out to do last year with the “core mandate” language?

A: Certainly, it gives employers who are applying under the Canada Summer Jobs program a very clear idea of what project or job activities would be ineligible. But it also provides to the department the necessary guidance they need with the very comprehensive screening they have to do of 40,000 employers, making sure that money isn’t going in ways that are going to undermine the rights of Canadians. This is supposed to be a quality job experience for young people. It’s supposed to be with organizations that are going to mentor them and help them grow. We do not think it’s appropriate that government of Canada money be used in any way that’s going to violate Canadians’ rights.

Q: Are you confident the new wording will end the debate that erupted over last year’s CSJ application form?

A: We’ve worked really closely with all kinds of different groups, with all kinds of different Canadians. We’re worked closely with faith-based groups, but also with progressive groups that advocate for individual human rights. I’ve listened to members of Parliament, a number of whom have done extensive consultations with faith-based groups in their regions.

Because of those ongoing and rather in-depth conversations, I feel comfortable that most groups are going to feel that their activities are perfectly fine for funding. What we heard from faith-based groups is that they want to be very clear that this isn’t a judgement about what they believe. I think we’ve managed to do that. The application is very clear that this is about projects and activities, it’s not about faiths and beliefs.

Q: There are other changes, too, though on lower profile aspects of CSJ. Why are you broadening so that it’s not just for students?

Q: That is quite touching, when you think about it.

A: There’s a sense of justice for young people, a sense of equity that for some older people disappears. When young people have an opportunity for an early job experience that’s quality, a little bit of extra money, that experience on a résumé, oftentimes in a not-for-profit organization or a small business, it can be a game-changer. That’s why we wanted to broaden the criteria, to reflect the feedback we had from all kinds of stakeholders, but, for me profoundly, from young people who wanted their peers who were not doing as well as they were to have the same kinds of opportunities.

Q: Just to circle back to the eligibility criteria, you say the attestation was misunderstood and misrepresented. But I think some faith groups felt the government just should not be asking them about what they do and do not respect. Did you come around to thinking there was something to that—that even if they were wrong about your intent, they had reason to worry about government prying into what they believe?

A: We don’t believe the language last year at all technically said that, but we also understand that that’s the way it was received by some Canadians and some faith-based groups. I will stand by the fact that the Conservatives tried to accelerate that fear through their questioning, through the media misrepresentations, through the fear-mongering they did, losing sight of the fact that this was about quality jobs for kids.

But I will also say that as a government, we’re responsible for working with constituents from all different walks of life, all different backgrounds. And if Canadians in any way felt this was about values and beliefs, we needed to make sure that it was crystal clear that it was not, that it’s about job descriptions, it’s about activities and projects that young people will be pursuing.

(This interview was edited for clarity and length.)