6:29:40 PM
Well, unless you count a solitary campaign staffer smoking a cigarette in front of what is, without question, the most architecturally impressive of the campaign headquarters so far counts as “action” – and you could make a case that it does, I guess, at least comparatively – it looks like my hopes of stumbling upon a scene out of an Aaron Sorkin screenplay on the Ottawa Centre campaign trail are doomed to disappointment. Even the smoker has gone back inside the building – which is, as noted, far and away the toniest digs I’ve staked out so far today; I believe the building previously housed one of our seemingly limitless local school boards, and the front steps alone probably cover more square footage than the entire Dewar office.

I do seem to have arrived at a shift change – at least a half a dozen canvassers have passed me so far; I’m sitting on the aforementioned (stone, cold) stairway, hunched over my berry, which seems to inspire a pause, a quick up-and-down, and a cautious nod – or even a smile, and a “hey”.

There are – let me count – four giant McGarry signs scattered across the lawn – and one small one – but unlike the other two offices, the windows seem to be mostly unobscured, except for the picture window dead centre above the front door. 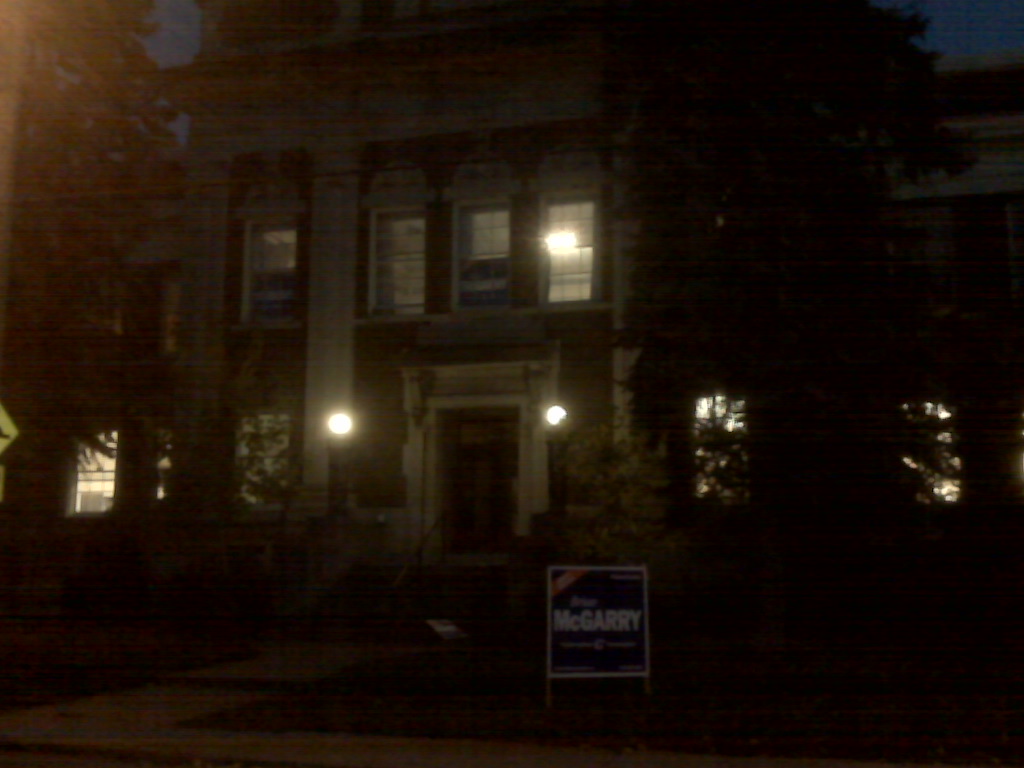 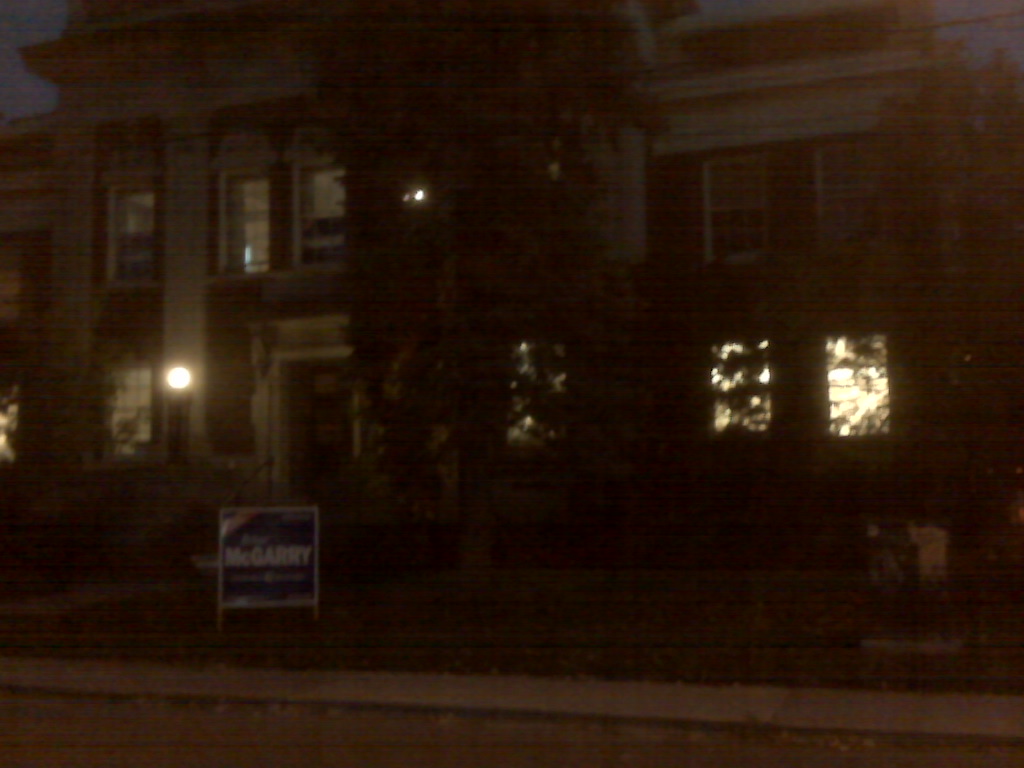 Since it’s getting chilly out, I think it’s time to draw this tour to a close and head back to the Hill to await the first results – from Newfoundland, I think – and enjoy the calm before the storm. Well, relative calm, anyway. Insert standard PSA about going out and exercising your franchise here.