4:56:03 PM
It’s sort of an unfair, if entirely unplanned advantage, really. Not only is the NDP candidate almost certain to win this riding – honestly, I’m not giving away any deep secrets here; I’ve not found anyone of any partisan (or otherwise) persuasion who doesn’t think Paul Dewar will be headed back to the Hill after the ballots are counted in Ottawa Centre tonight – but the election just happens, through sheer luck, to have fallen during the capital’s prettiest season, when the streets and sidewalks are awash in autumn leaves – from deepest scarlet to palest yellow to rusty, earthy brown — and, of course, orange — nearly the same orange as the NDP signs that are nearly completely covering the windows of Team NDP’s store-front campaign headquarters. Even the *building* is colour coordinated – a rich red brick.

The front door is open – so as to encourage drop-ins from supporters, or supporters-in-waiting, presumably, as well as take advantage of the unseasonably warm afternoon breeze – and inside, I can see – well, not a frenzy, exactly, but definitely a hiveish buzz of activity. People are wandering in and out, gabbling on cell phones, leafing through papers, examining post-it notes – but it seems less chaotic than I expected. Maybe this is the lull before the final push — the afterdinner hour, when parties compete to round up all those lollygaggers who just haven’t gotten around to voting yet.

I’ll add pictures when I can – next stop, Somerset Street, where Penny Collenette’s Liberals have set up shop. 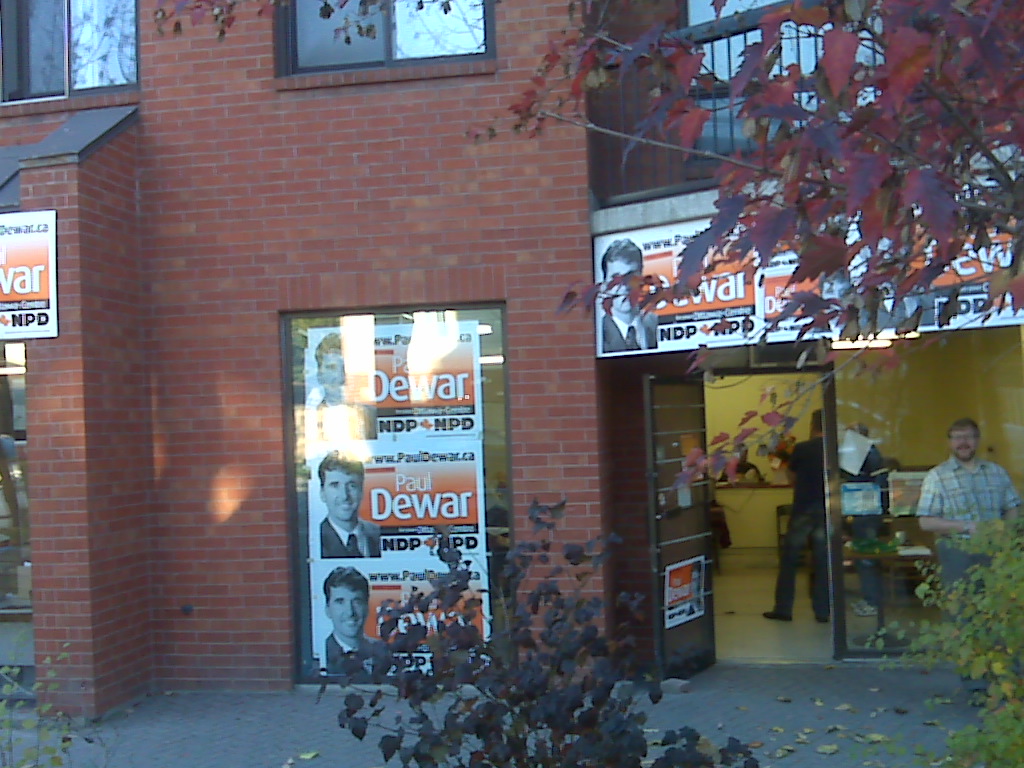 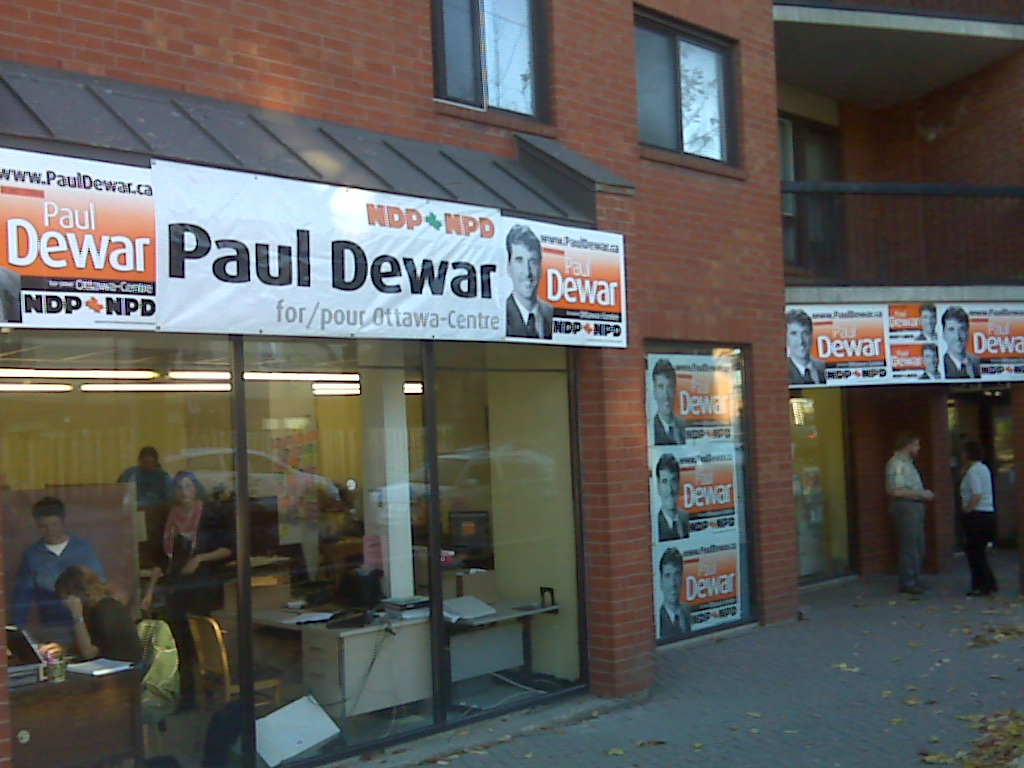