The race in Burnaby South is back on, taxpayers will be pipeline owners for a while longer, and Bernier says he'd "do nothing" to address climate change 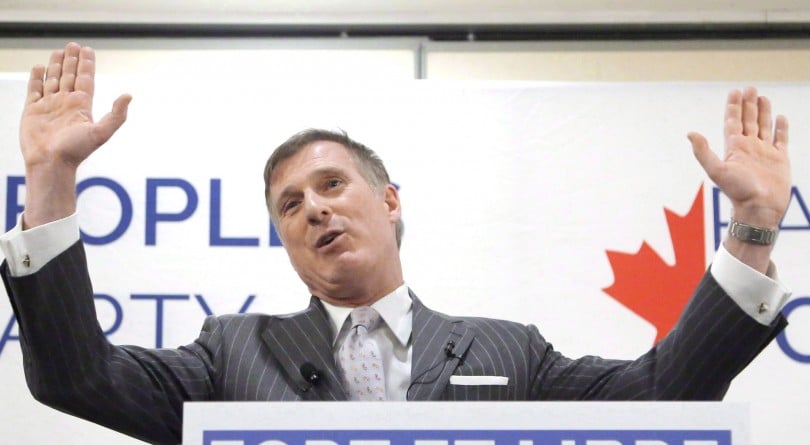 Maxime Bernier speaks at a People's Party of Canada rally in Gatineau, Que., on November 20, 2018. THE CANADIAN PRESS/ Patrick Doyle

Barring any more surprises, we now know which Liberal candidate NDP leader Jagmeet Singh will face off against in the Burnaby South byelection: Richard Lee, a former B.C. Liberal MLA. Lee, of course, replaced Karen Wang, who sent out a social media message on the Chinese language WeChat platform that contrasted her ethnicity to that of Singh. (Global News)

One distinction between the two candidates has taken shape—their stances on the Trans Mountain pipeline. Lee came out in support of the pipeline, arguing voters in the riding will back the project if it meets the ongoing National Energy Board review. Singh has stated his opposition to the pipeline and reiterated that in an interview aired over the weekend, saying Ottawa should be prepared to scrap the project unless it receives “partnership” and “buy in” from all Indigenous communities along the route. (Burnaby Now, CBC News)

“Brianna Dounia” was the woman on social media who caught Tony Clement‘s eye and inspired him to send her sexually explicit photos of himself. Turns out Brianna was a couple of guys from Ivory Coast. Two men, identified as CH and DML, were arrested in that country last month in connection with the blackmail attempt that led Clement to be kicked out of the Conservative party and resign from his parliamentary committee duties. (CP24)

Tick-tock: Time is running out for the U.S. to file a formal extradition request for Huawei CFO Meng Wanzhou, who is currently out on $10 million bail and living at her Vancouver home. At least one lawyer thinks the U.S. has no choice but to meet the extradition deadline, otherwise the country might, you know, lose face in the eyes of the world: “The Americans… having caused all of this so far—would never be able to say with a straight face, ‘Yeah, we’ve decided not to go ahead’ or ‘Gosh, there was nothing to our case.’ ” (Canadian Press)

Lastly, China isn’t the only country Canada is in a dust up with right now. Norway ticked off some folks in Moose Jaw by building a giant moose sculpture that stands three feet taller than the Saskatchewan city’s own Mac the Moose. Says Moose Jaw’s mayor: “There are some things that you just don’t do to Canadians: You don’t water down our beer, you don’t tell us we can’t put maple syrup on our pancakes and you don’t mess with Mac the Moose.” (New York Times)