Megan Leslie on women in politics and the missing dialogue

'I'd say everybody is really on edge' 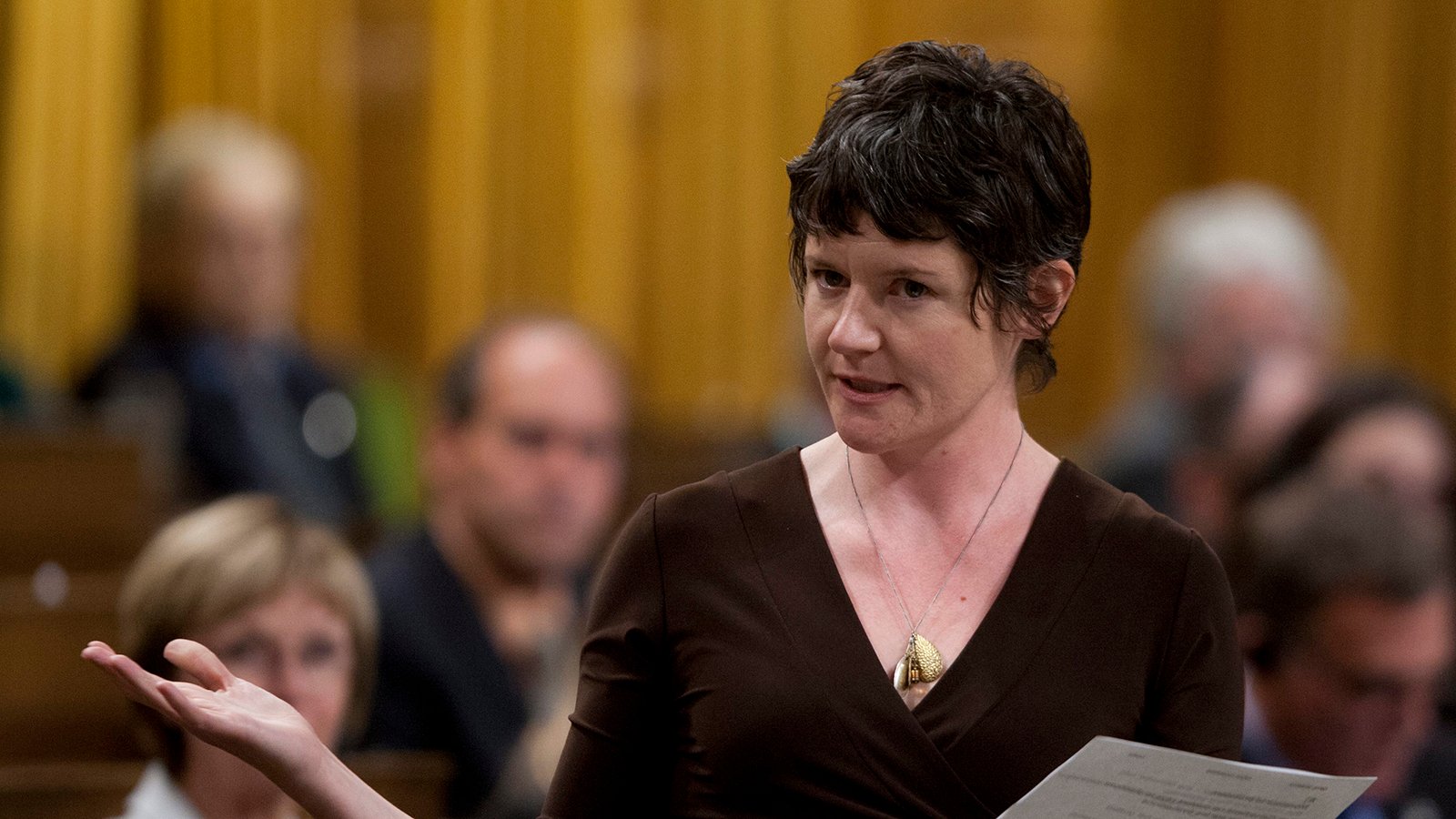 Justin Trudeau’s ejection of two Liberal MPs from his caucus—over allegations of sexual harassment of two anonymous NDP MPs—has unnerved Ottawa. If you need proof, you need look no further than MP Peter Goldring’s now-retracted comments about wearing a secret full-body video camera. Is a much-needed dialogue about harassment really happening on the Hill? As part of our weekly politics podcast, Maclean’s Associate Editor Aaron Wherry spoke with NDP deputy leader Megan Leslie about the climate there in the wake of those allegations, and whether or not she would recommend women seek political office. You can listen to the full podcast here.

So Megan, it’s been a month now since the dramatic announcement that two MPs have been dismissed from the Liberal caucus. Is it possible to describe how people are feeling about that situation in particular, with everything that has transpired over the last few weeks?

I’d say everybody is really on edge. But when I say on edge, I wonder what people will think when I say that word. It’s just—we’ve gone through so much this fall. I would argue that we are still processing a lot of emotions around the shooting that happened in October, I would argue that we’re all still pretty delicate from that. And then these harassment allegations, first of all not just that they happened but how they were made public, how we are actually learning what is going on or what is allegedly going on via the media.

I feel when I talk to some of my colleagues that they feel very powerless, they don’t know how to help, they don’t know what to say or what we’re supposed to do, and then you read another little tidbit of information about X or Y that might’ve happened in the papers, so it’s been really challenging.

I actually see some of my colleagues having some shorter fuses or getting angry about stuff that they wouldn’t normally. And I would make the links to what’s happening around this issue around harassment on the Hill. I think people feel really powerless and they don’t know how to navigate this.

Beyond those two accusations and those two situations with the two Liberal MPs and the two NDP MPs, there became this larger discussion around how people treated each other on the Hill, sexual harassment, how women felt on the Hill, both MPs and staff. Lots of people wrote about their own experiences and the experiences of others. Where would you say that discussion is that right now?

Well, when I’ve been reading these stories, I think it’s been really positive. I’m a young woman on the Hill and—in particular in my younger days as a “rookie MP”—had a real culture shock coming to the Hill, and I’ve written about that too and spoken publicly about that. And it’s opened up the ability to talk about it and have it kind of be legitimized because other people are talking about it. That’s been really positive.

Where is it at now? I actually feel like that conversation has been quieted. And I think it’s been quieted—silenced—in part because of what’s going on around the allegations with the two Liberal male MPs and the two NDP women. I think that we’re in a situation now where people are looking for salacious details, they’re looking for the big reveal, they’re looking for these really dramatic stories, and because of that, I think it’s actually silencing some of the good discussion we’ve been having about culture, generally, on the Hill.

I think people are a little shy about continuing that culture conversation, maybe because it’s not—pardon this word—sexy enough, because the way that the story is playing out around the harassment allegations is somehow impacting how we want to talk about the culture on the Hill. I don’t know if that makes sense, but it’s something I’m kind of working through these days, like: “Why isn’t anybody talking about this culture question, anymore?”

What would you say to young women at this point who are considering either being an MP or working as political staff on Parliament Hill? Given everything that has been out there in the last month, would you still say to women, “This is a good place to be, this is where your country needs you to be?”

Absolutely. And I realize how strange that sounds coming out of my mouth, when I hear it out loud, but we need more women in politics. We do. And there’s an incredible network of strong women here, and you will come to rely on them, and lean on them, and take strength on them, and we need to be here.

That’s not to say that it might not be a great shock depending on the kind of workplace environment you came from. But I actually met with one of our candidates in our next election—she just happened to be in Ottawa so I had coffee with her this week, so she’s watching it all. She’s watching it on the news at night, she’s reading it in the paper, and it hasn’t phased her. She still wants to run, she still wants to be a part of what it is that we’re doing. Because we’re doing incredible work, we’re doing important work. And she recognizes that while the culture on Parliament Hill may be different and may not have changed much in the past couple of months—certainly the reporting frenzy around it is an unusual situation, that it’s not quite always this tough.

I mean, I’m doing this interview with you and I’m happy to, but I’ve spent the past three weeks doing interviews exclusively on harassment. That’s not actually why I ran. It’s an important, important thing for me to be talking about right now, and I’m honoured to be able to do it, but there are other things that we are working on that we should be working on. It’s just a really crappy set of circumstances right now.