Mike Duffy takes the courthouse on a trip to the fair 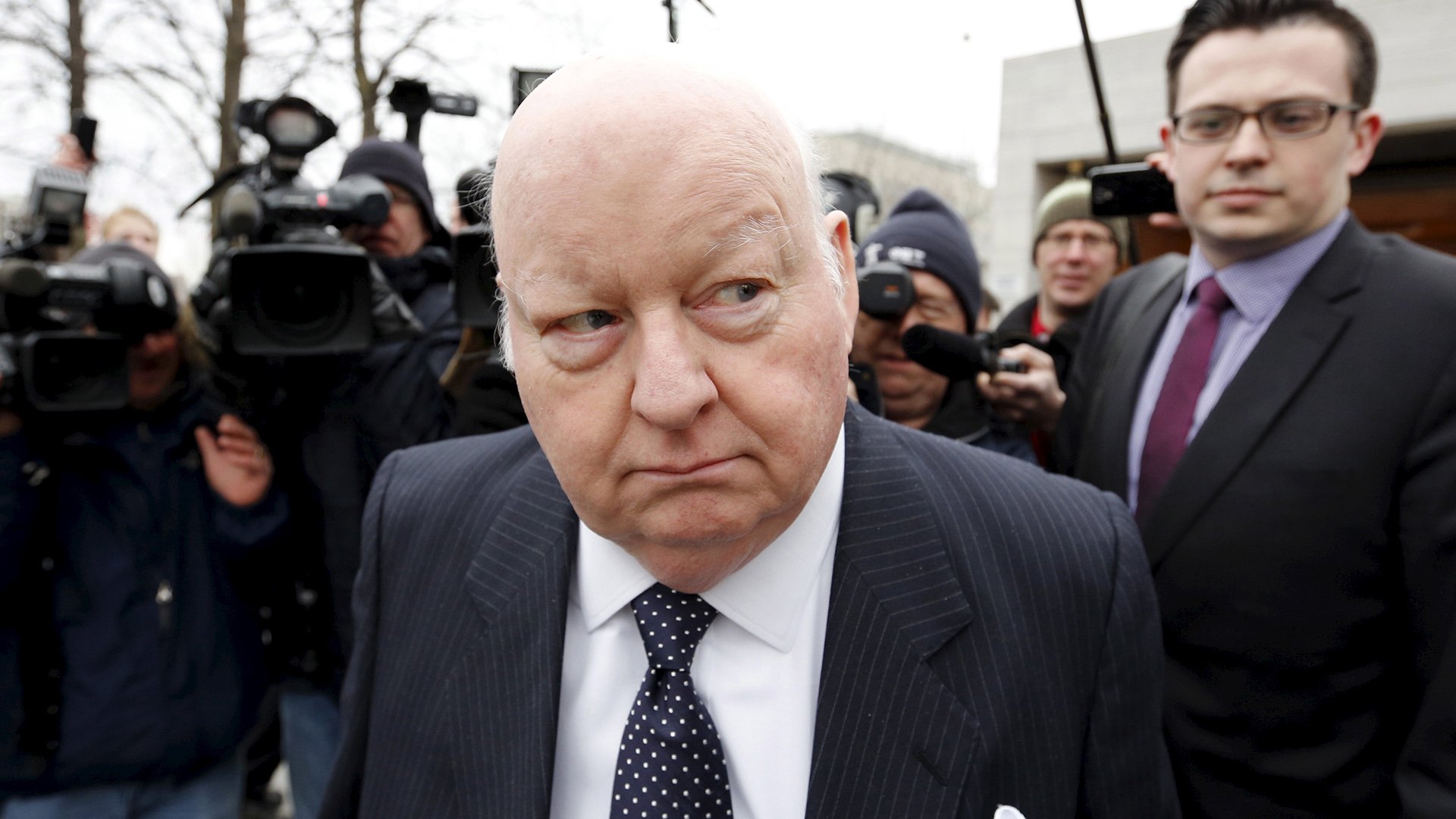 According to testimony delivered by Duffy today, Lunn that night admitted he was worried. In the federal election the previous year, he had come very close to losing his British Columbia riding of Saanich—Gulf Islands, and he was looking for ways to bolster his profile.

At this point in the witness box, Duffy adopted a wry expression, and permitted himself a modicum of dirt-dishing.

Lunn only won his riding in 2008, Duffy said, thanks to Conservative campaign guru Doug Finley’s black-ops magic. In this case the ratf–king involved robocalls that directed NDP voters, listed in the Conservative party’s fabled database system, to vote for an NDP candidate who remained on the ballot but was not running a campaign.

It was quite the revelation (though not entirely new, and Duffy very helpfully directed the court to a Lawrence Martin piece on the subject that appeared in the Globe and Mail in 2012).

Yet Duffy has, as a witness, allowed himself a number of these trips down the rabbit hole of backroom Tory tricks. And it is not without purpose.

Each anecdote reinforces the narrative of Duffy as a Tory plaything, and serves to remind us of his role as a friendly ambassador for Stephen Harper’s Tories—able to “expand the pool of accessible voters,” according to Duffy’s account.

Not a rainmaker or “fundraiser” so much as a “friendraiser,” to use Duffy’s own carefully selected, slightly creepy, bit of terminology.

Spooked by the imminent arrival of Green Leader Elizabeth May’s candidacy in his riding, Lunn needed a friendraiser, fast, and so invited Ol’ Duff.

Would he travel to B.C., Lunn asked him, over the next Labour Day weekend and attend the Saanich Fair, Vancouver Island’s most important annual social gathering?

Lunn, who at the time was minister of state for sport, was at the same time calling upon Angus to use his connection with the upcoming 2010 Winter Olympics, via Molson—a backer of the games—to secure an Olympic torch for crowd-pleasing fairground photo ops.

Could he also count on Duffy to come and press the flesh?

“Gary, this will not be popular at home,” Duffy told court he replied—meaning it would be unpopular with Duffy’s wife, Heather, who’d want to stay at home.

Lunn suggested that both Duffys should come to B.C., and take the opportunity to visit Duffy’s two adult children, Gavin and Miranda, who both live in the province.

Just by coincidence, Miranda was due to act in a theatre production in Vancouver that very weekend—a detail important to a Crown allegation emanating from travel expense claims Duffy filed after this travel.

Now might be a good time to note that this was Duffy’s third day testifying in his trial on 31 charges of fraud, breach of trust and bribery, and that many of those counts stem from travel expense claims he filed with the Senate of Canada.

Duffy testified he was in Vancouver, en route to Saanich, when he returned to his hotel and saw the blinking light of a phone message—a Lunn minion telling him not to come to the fair.

“Did you cancel the Saanich Fair?” Duffy’s lawyer, Donald Bayne, asked him.

“No,” Duffy replied, adding that he only learned of his dis-invitation after having already undertaken the publicly funded travel.

Indeed, Duffy said the decision to nix his appearance alongside Lunn and the Olympic torch at the fair came all the way from the top—the uppermost Conservative party “marketing wiz,” as he put it.

“Who was that?” Bayne asked. Duffy shot him a look. Who else but the prime minister?

Duffy suggested Harper worried his presence would detract from Lunn and the Olympic torch—Lunn was to take credit for bringing the games to B.C., and the torch would reinforce that message.

Lunn appeared here as a Crown witness in June and did not impress. In cross-examination, Bayne pointed out a number of odd inconsistencies between what Lunn told the court in examination-in-chief, and what he told the RCMP in an earlier interview. It was hazy testimony.

What Bayne accomplished with Lunn over the summer, he continued to do in his questioning of his client today—he continued to dismantle the Crown’s case, bit by bit, showing how Duffy really may have been undertaking parliamentary business during these travels.

And it would appear that Bayne, in parallel to this, is paving the way for Duffy’s testimony about the $90,172.24 bank draft he received from Nigel Wright, Harper’s former chief of staff, money that forms the basis of the bribery charges Duffy faces.

Today, court became reacquainted with an email Duffy sent Wright about his meeting in January 2012 with a number of business leaders in Vancouver. Duffy identified these businessmen as “day one-ers,” a Harper Tory term for Harper’s early financial backers.

These men, according to Duffy’s testimony, saw Sen. Duffy as an important back channel to the PM and wanted to discuss business matters with him ahead of the upcoming budget.

“The base is all-important for Stephen Harper,” Duffy told court, “and these people were day one-ers, they were the base of the base, and they were not happy.” He added: “Their concern was an issue of concern” for the PMO.

Wright answered Duffy’s email outlining this discussion within just a couple of hours.

It may be hard to recall it now, particularly given Duffy’s clear appreciation for his own voice in the witness box, but Duffy seems to have played a significant outreach role for the Harper Tories, and Harper’s inner circle may well have seen him as one of its key players—an asset worthy of special attention.