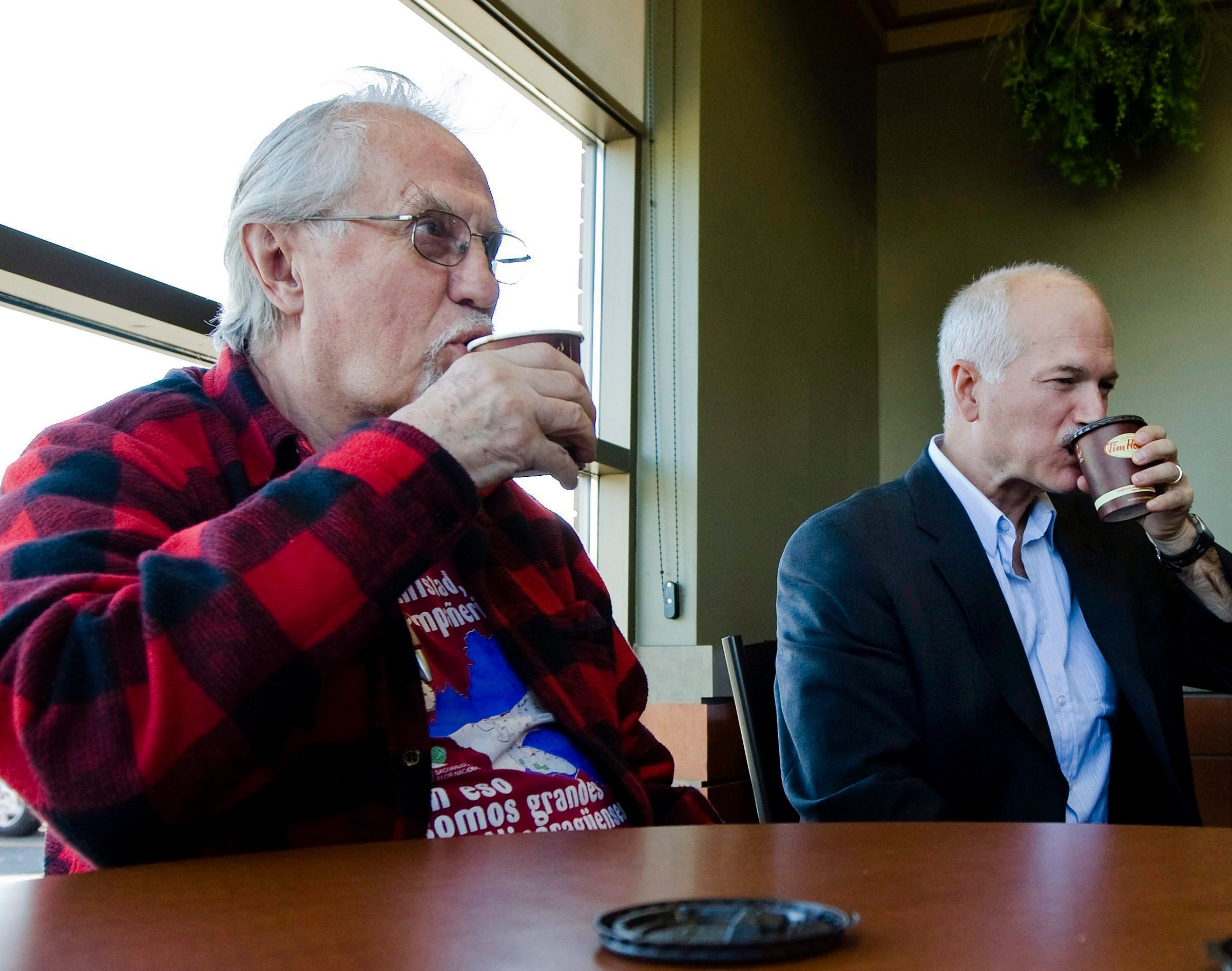 Admittedly, the sample size is small (506 respondents) and the margin of error correspondingly large (4.7%), but the latest Segma poll for La Presse shows the Conservative vote collapsing in the all-important battleground of Quebec. For what it’s worth, the votes the Conservatives are shedding appear to be going to the Bloc. (The figures in brackets represent the change between the current results and those from a mid-September poll.)

Stephen Harper, on Stéphane Dion’s trouble understanding a question during an interview with CTV: “I don’t think this is a question of language at all. The question was very clear. It was asked repeatedly.”

Stéphane Dion, in response to a question about the economy by CTV Halifax anchor Steve Murphy: “I don’t understand the question.”

Jack Layton, on his party’s pledge to rein in bank fees: “In fact, Mr. Flaherty said he agreed with us. But then he went down to meet with the bank CEOs and they told him to get lost. And he did.”

Elizabeth May, on her NDP rival in Central Nova, Louise Lorefice: “She’s not a natural politician and doesn’t really see herself as a member of Parliament.”

Gilles Duceppe, on the Conservatives’ and the Liberals’ supposed push to have a Bloc event in the Saguenay cancelled: “This is brazen blackmail.”

Military operations, and their attendant, often exhorbitant, costs, have always been fodder for politics. And while the debate over the goals and objectives of the mission in Afghanistan is a worthy one, it’s unlikely any of the candidates are prepared to have it in full while campaigning for the prime minister’s job. NDP leader Jack Layton nonetheless tried to hammer at the Liberals and the Conservatives yesterday after the release of the estimated cost of the mission ($18.1-billion), accusing both parties of not having “been straight up with Canadians about the costs.” But, short of evidence the money has been misspent or improperly allocated, Layton’s battlecry rings hollow. So long as there’s a mission, it’s bound to cost money — and lots of it. That should come as no suprise to either voters or Layton, no matter how opposed they are to the deployment.

Stephen Harper is campaigning in the Ontario cities of Brantford, Kitchener, and Toronto.

Jack Layton is in Toronto for a rally, but will end his day in Gatineau.

Elizabeth May will appear at a candidates’ debate in New Glasgow, N.S.

Gilles Duceppe has nine events scheduled in and around Montreal.