Most Canadians are okay with doctors' pay 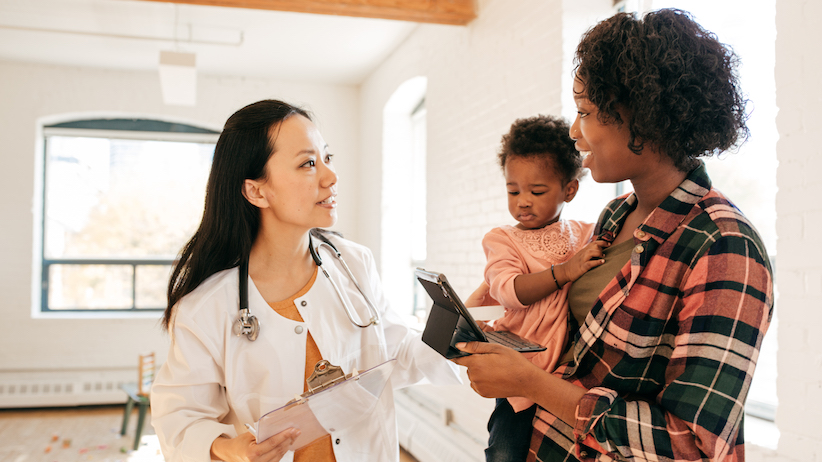 Mother and baby at hospital

Most Canadians think doctors shouldn’t be allowed to incorporate their practices as small businesses simply in order to cut the amount of taxes they pay, according to an Insights West online poll conducted for Maclean’s.

If that’s bad news for doctors in their pitched battle with the federal government over proposed tax changes, the poll also found the physicians have a potential public-relations edge: 57 per cent of Canadians believe family doctors are paid “about right,” but 64 per cent think politicians are paid “too much.”

How doctors are taxed has emerged as a hot topic for the fall political season since Finance Minister Bill Morneau put out a proposal in July to close three “loopholes” now legally open to small companies, among them thousands of medical practices set up as small businesses.

READ MORE: A tax fight has Canadians on democratic autopilot. That’s a problem.

Morneau plans to crack down on so-called “income sprinkling”—the practice of small-business owners, including many doctors, reducing their tax bills by splitting income with lower-earning family members. At the same time, Morneau proposes to make it harder to shelter income from taxation by holding it inside a small business, or to convert extra earnings into capital gains, which are taxed at lower rates than regular income.

Many doctors (along with other small-business owners) are outraged by the proposed changes, arguing they deserve the tax breaks to help them pay off hefty student loans, save up for parental leave, finance expansions of their practices, and simply invest for retirement. But Morneau says the status quo “can result in high-income individuals gaining tax advantages that are not available to other Canadians.”

To get a sense of how Canadians see this clash, Insights West conducted an online survey of 1,003 adults from Sept. 5-9. It found that 62 per cent think surgeons are paid “about right,” and 57 per cent feel family doctors make reasonable incomes. (That compares with 64 per cent who think federal and provincial politicians are paid too much.) As well, about 60 per cent of respondents believe family doctors and surgeons “definitely” or “probably” pay their fair share in taxes.

“After all the discussion of the past few weeks, I think we were expecting to see the numbers higher, in terms of doctors being the ones who are taking advantage of the system,” said Mario Canseco, Insights West’s vice-president of public affairs. “We’re not really perceiving doctors as paid too much for what they do, or paying too little taxes.”

Despite that general impression that doctors aren’t under-taxed or over-paid, however, the survey found that Canadians are open to key parts of Morneau’s argument for tightening up those small-business tax rules when it comes to physicians.

It’s important to note that only about a third of those surveyed said they have followed the story at all closely. Still, when “income sprinkling” was explained to them by Insights West, 64 per cent said they were in favour of Ottawa imposing a “reasonableness test” to make sure family members who are paid out of a doctor’s practice are legitimately earning that money. And, more broadly, 53 per cent said doctors should not be allowed to incorporate simply to reduce the taxes they pay.

Canseco said these findings suggest that even though Canadians don’t suspect that doctors are bilking the system, they are receptive to Morneau’s contention that the small-business tax rules as they now stand are too lax. “When you put some of the arguments the government has been talking about, they seem to be quite convincing for those who haven’t heard about it,” he said.

READ MORE: What do doctors really have to fear from the feds’ tax crackdown?

Along with probing public opinion on the tax-policy clash, Insights West asked what Canadians think doctors earn. It found that 37 per cent guess family doctors make on average $100,000 to $200,000, while 31 per cent think those general practitioners make $200,000 to 299,000 on average. Those who guessed higher were closer to the truth. According to the Canadian Institute for Health Information (CIHI), family doctors earned just over $271,000 on average in 2014-15.

The Liberal government’s tax policy proposal is shaping up as a major partisan dividing line for the fall session of Parliament, when MPs resume sitting in the House on Sept. 18. Conservative Leader Andrew Scheer has vowed to fight the changes. Morneau is expected to table tax reforms sometime after Oct. 2, when a 75-day period he allowed for feedback on the proposal runs out.