Nathan Cullen: The gift of gab

Maclean's recognizes Nathan Cullen, a veteran MP who's prolific in the House, as Parliament's best orator of 2016 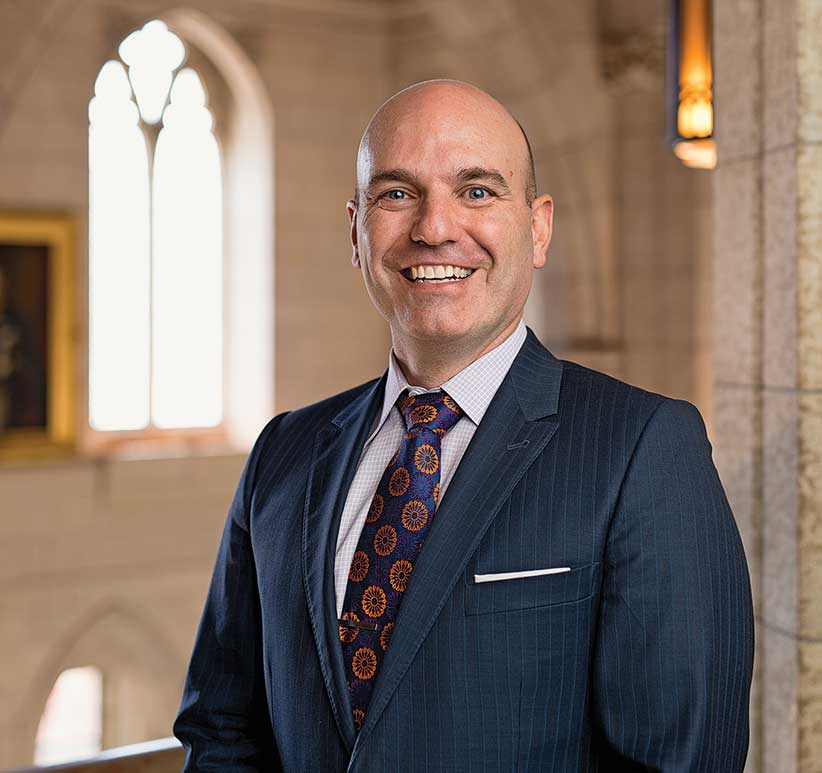 On Nov. 15, Maclean’s celebrated the best of Ottawa with the ninth edition of our Parliamentarians of the Year awards, which were handed out based on the results of a secret-ballot survey of their peers in the House of Commons. NDP MP Nathan Cullen was honoured as the best orator of 2016. View the full list of award winners.

Nathan Cullen knows the House of Commons is all talk—after all, the word “parliament” itself derives from the French verb “to talk”—and after five election wins and a dozen years in Ottawa, he’s taken that to heart. The veteran New Democrat speaks freely, mostly without notes.

“I’ve given half of one written speech in my political life,” says Cullen. “It was one of the first ones I gave when I got to Parliament, and it went so badly.”

There’s a certain allure to crafting a written speech, Cullen says. They help politicians stay on message and return to key phrases, for instance, and he admits that may have helped somewhat when he sought his party’s leadership, and lost, in 2012. But that’s just not his style.

“It would be a good muscle to have, but I would never want to do it,” says Cullen. “It’s something I’ve avoided because I’m happy enough with the way things come out more spontaneously. I’m not a good memorizer.”

Cullen says he prepares for speeches in the House by mind-mapping what he intends to say, and how. He plots a central topic in the middle of a blank page and connects all the elements he hopes to address. That linear approach ideally produces a compelling speech.

Cullen is also one of question period’s more nuanced participants, mindful of broader issues and not obsessed with minutiae. He also watches his tone carefully, and insists that can make all the difference in how his colleagues on the other side of the aisle interpret his words.

“I don’t want to be too romantic about it, but the same person can ask the exact same question in two tonally different ways, and you’d think that two different things were going on,” he says. “I always want to walk them back a bit and say, ‘I know we’re asking about an oil spill here, but what feeling are we trying to accomplish? Do we want them to say yes? Do we want to embarrass them?’ ”

Cullen represents a remote northern B.C. riding larger than Poland, and it’s a long trip from the nation’s capital. His constituents are unimpressed by most of what goes on in Ottawa, and staying in tune with the folks back home grounds Cullen when he’s on the Hill.

“The distance helps in a way,” he says. “I have to work very hard at translating things that are going on here to make sense there. I feel the bubble coming over me when I’m in Ottawa. The echo chamber starts almost immediately, and it disappears almost instantaneously when I’m back home.” DALE SMITH