NDP to 'Mad Max' Bernier: Here's something worth getting angry about

Politics Insider for Jan. 9: Backlash in Burnaby South, the things that get Trump excited, and a 'day of reckoning' for Trudeau and the economy 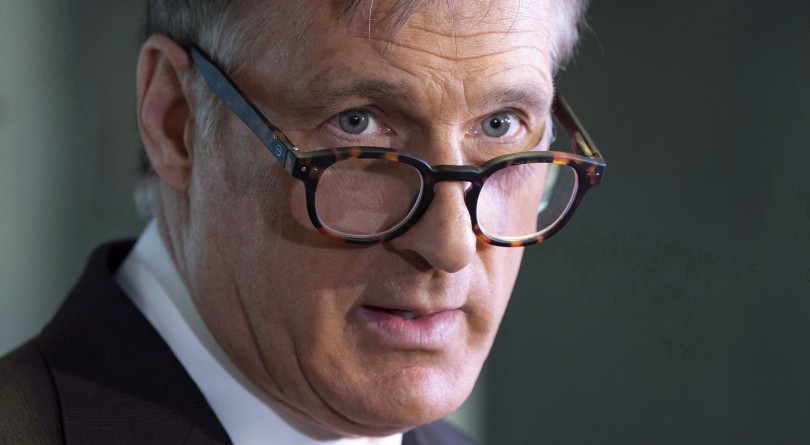 Prime Minister Justin Trudeau’s decision to toy with Jagmeet Singh by refusing to call a byelection in Burnaby South, where the NDP leader hopes to secure a seat in Parliament ahead of the next election, might be fun for the Liberals. But his political gamesmanship has not gone unnoticed in the riding. “We rely on the MP to help advocate for our summer students, and applications are due this month,” says one resident. “Not having somebody representing us in Parliament for four months is an issue. And I don’t know why it’s [taking so long].” (Maclean’s)

A Toronto-area riding association for Maxime Bernier‘s People’s Party suggested in a tweet that Singh is only interested in representing people of colour in Burnaby South. “Is he leader only for one group of people?” the Mississauga—Erindale riding association asked in the tweet, which included a photo of Singh at an event (not in Burnaby South, but from another time in Brampton, Ont.) in which he was surrounded by a group of people of colour. Vancouver East NDP MP Jenny Kwan blasted Bernier for remaining silent about the tweet: “This kind of dirty politics has no place in Canadian society.” (Huffington Post, Twitter)

A day after RCMP in northern B.C. arrested 14 people who’d set up a barricade to block construction of an LNG pipeline through the territory of the Wet’suwet’en First Nation, chanting protestors in Ottawa blocked and delayed Trudeau from delivering a speech to self-governing First Nations. When he did finally speak, Trudeau steered clear of the protests and events in B.C. (Toronto Star)

Officials met with Michael Spavor, one of two Canadians detained in China in retaliation for the arrest of a Chinese telecom executive. Global Affairs Canada gave no update on his condition citing privacy concerns. Meanwhile, a Nanos poll found more than half of Canadians believe police in Vancouver were right to arrest Huawei’s CFO Meng Wanzhou on a U.S. warrant. (Globe and Mail, Globe and Mail)

Switching to U.S. politics for a moment, President Donald Trump tried to appeal directly to the American people to support his border wall in an Oval Office address Tuesday night. Scott Gilmore watched as Trump droned on through an unconvincing speech:

As the shutdown is about to become the longest in American history, polls show the president is being blamed, which makes the Democrats quite happy to out-wait him.

Therefore the president opted to go over the heads of his advisors, his erstwhile Republican allies in Congress, his critics in the media, and make his case directly to the American people using the same medium that made him famous: prime time network TV.

But strangely, the result looked more like a bad audition tape than riveting reality TV. The president sat stiffly at his desk, droning through a carefully prepared speech that was clearly wordsmithed by more cautious and less shameless staff. He only came to life when he got to the parts about grisly hammer murders. (Maclean’s)

General Motors has turned down a proposal by Unifor that sought to keep the company’s operations in Oshawa open. (Canadian Press)

Oshawa’s new mayor, Dan Carter, now faces the difficult challenge of helping it recover from the loss. He has known adversity himself, having struggled with alcoholism and homelessness before turning his life around. (Maclean’s)

Is the economy going to pose a problem for Trudeau in the next election? A pair of reports from two of Canada’s biggest banks raise that spectre. “A day of reckoning is coming for Justin Trudeau’s Liberal government,” an analyst at CIBC wrote in an outlook report which looked at the economy, interest rates, deficits, Canada’s business competitiveness and carbon taxes. Meanwhile a BMO analyst notes the consumer confidence index is now at its lowest level in two years: “And, it’s no wonder amid gyrating financial markets, rising interest rates, moderating economic growth, a cooling housing market and a faltering oil sector. … The steep decline does come at an interesting time though, as Canada enters an election year.” (Globe and Mail)