Politics Insider for Oct. 16: Minority reports, Wells on what's at stake and one young woman's challenge to voters 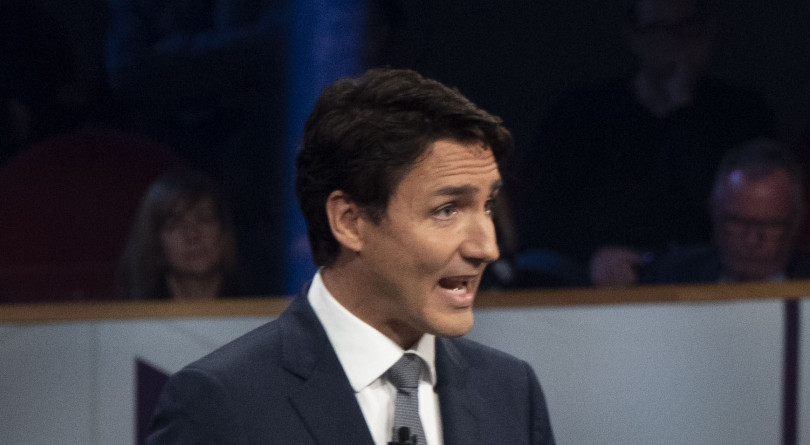 I’m progressive. No I’m progressive: With the NDP chomping support away from the Liberals, Justin Trudeau and Jagmeet Singh spent much of Tuesday duelling over who’s got the best progressive chops in the campaign. Or at least, in the case of Trudeau’s pitch, the most electable progressive chops. “If you want progressive action, you need a progressive government, not a progressive opposition,” the Prime Minister said during a stop in Fredericton. Singh, during a stop at a transit station in the east Toronto riding once held by former NDP leader Jack Layton, was asked about Trudeau’s newly-discovered penchant for the P-word. “I hope he’s encouraging people to vote for me because that’s the real progressive alternative for people,” he said.

As for Scheer, he revealed his 100-day “action plan” (somewhere Stephen Harper is smiling) for after his party wins that majority that he’s going to win on Monday and please stop asking about minority governments.

Minority math: As Trudeau and Singh duke it out, recent polls have captured a disintegration of Liberal support. In the latest seat projection from 338Canada’s Philippe J. Fournier, he charts Andrew Scheer’s potential path to the prime minister’s office:

The NDP gaining support in both Ontario and British Columbia and the Bloc regaining relevance in Quebec must be what Liberal nightmares are made of. While the Conservative base of 31 to 33 per cent appears rock solid, all these numbers indicate that the 2015 Trudeau coalition may be falling apart. (Read more.)

As a minority outcome starts to look like more of a reality, it’s easy to get lost in the rules, conventions and traditions that would come into play as a new government attempts to take power. John Geddes tapped constitutional expert Philippe Lagassé to take us through all the key considerations, like what to watch for from Trudeau on election night, how Trudeau could still hold onto power even if Scheer wins more seats, and why we could all be back amidst the flinging mud of an election in six months:

Q: Now we’re getting to the dicey part. In what circumstances might that tradition be set aside?

A: A situation where the seat count is very tight or there’s a strong ideological imperative. The incoming government looks at the state of the Parliament as it’s coming together and realizes that the opposition party with the most seats wouldn’t be able to govern anyway. This is something that would concern the Governor General. If the party with the most seats can’t govern, can’t maintain confidence [in the House], then there’s going to be additional pressure on the incumbent to try and make it work.

Q: But, even in that scenario, wouldn’t it be customary to give the party with the most seats a chance to prove it can with a confidence vote, even if that looks like a long shot?

A: It really depends. Let’s say it’s only a five-seat difference [between the first- and second-place parties], and the party with the second-most seats knows they have the backing of two of the other, smaller parties. Then they may make a decision that they’re going to stay on and they’re going to govern. (Read more.)

Choose your crisis: The primary point of differentiation between the Liberals and the Conservatives in this election is the particular crisis around which each party has built its platform and promises, writes Paul Wells. For the Liberals, it’s the climate crisis. For the Conservatives, it’s a fiscal crisis. Everything a voter needs to know builds up from that:

I’ve been critical, in exhaustive detail, of the shortfalls, contradictions and limitations of Trudeau’s climate-change policy, but the fact is, he has one. And in the last year of his first mandate, he implemented a widespread carbon tax, the first effective carbon emission-reduction mechanism any federal government I’ve covered has introduced. Scheer’s first priority is to scrap that mechanism and go back, listlessly and with no interest or conviction, to the drawing board. That’s the central distinction of this election.

As climate scientist Katharine Hayhoe and economist Andrew Leach have written, “No matter how you slice it, the Liberals have implemented this country’s first serious, national climate change plan, and they’re looking to build on it.” That the Liberals have done nearly nothing to indicate how they’d build on their plan is maddening, but the stakes are this: keep what they’ve done so far or scrap it. (Read more.)

Just try to watch this only one time: Anyway, politicians have clearly been going about this whole election thing backwards. Be like Stephen Stewart, the Conservative candidate for the P.E.I. riding of Malpeque talking about his promises: “I don’t want to share those issues until I get elected because, they’re good ideas I believe, but maybe they’re not the greatest ideas. I still want to get there, get elected and table those ideas and see why they won’t work.”

The Singh’s speech: One of Singh’s appeals to younger voters is the way he speaks, in particular his ability to seamlessly switch from a formal manner of speech to what one linguist describes as “multicultural Toronto English,” writes Prajakta Dhopade:

Denis says a characteristic of this particular multiethnolect is noticeable in the “o” vowel sound in Singh’s “yo.” Rather than moving his jaw to turn two vowel sounds into one (a diphthong—that would sound like “yuh-oh”), Singh uses a monophthong, where the jaw is still while making that “o” sound, so more like “y-OH.” Toronto slang and multicultural Toronto English are heard a lot in the suburbs of Toronto, including in Brampton, where Singh was an MPP and where Denis happened to have collected some of his research. This type of pronunciation is also common in Jamaican patois, Nigerian English and Indian English, to name a few, says Denis.
…
That might appeal to multiple demographics: to university students in downtown Toronto who appreciate his use of slang and multicultural Toronto English, but also to those in rural Ontario, where informal language is everyday-speak. His ability to have both a distinct “work voice” and a “talking to friends” voice is something every Canadian can relate to—he just does it on a public stage. (Read more.)

While we’re talking about Singh, here’s a quick look at how his wife Gurkiran Kaur successfully navigates the twin demands of that oddest of roles: the political spouse — how to look supportive without seeming old-fashioned.

What’s your excuse?: Lastly for today, if you’ve thought at all about not bothering to vote on Monday, or find yourself that day making excuses that you don’t have time to get to a polling station, take this moment and watch 18-year-old Maddison Yetman’s message to Canadian voters from her hospital bed, where she has been diagnosed with terminal cancer: “If I can find the time to vote, you can find the time to vote.”