No, I haven't broken the Senate

Paula Simons: My vote against the oil tanker ban was a tough call made in defence of my region. It was also a hint of what a muscular independent upper house could hold in store for Canada 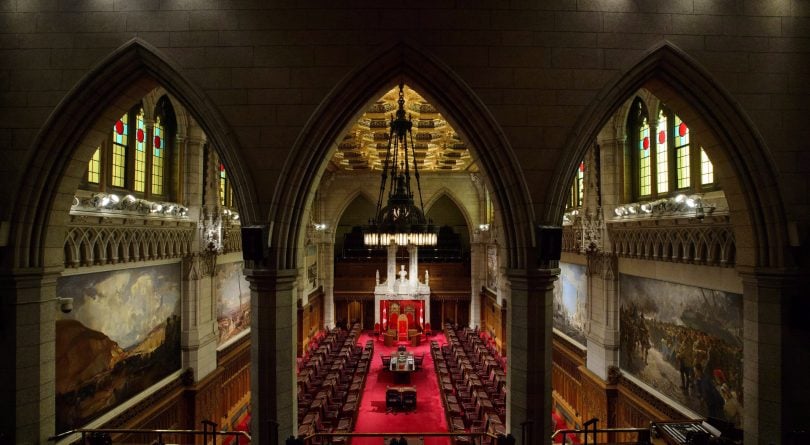 I guess you’d call it a busy week.

As senators go, I’m still a rookie. I was named to the upper house last October. I’m one of the new crop of senators who was short-listed for nomination by the independent advisory board for the Senate.

As a former journalist, I’d never held any party membership, never made a donation, never knocked on a door. I’m a Groucho Marxist: I’d never join any party that would have me a member.

Last Wednesday’s vote, though, was different.

I’m a member of the Standing Committee on Transport and Communications. For months, we’ve been studying Bill C-48, the so-called oil tanker moratorium, meant to protect the truly remarkable coast of northwestern British Columbia. The political calculus was to tell British Columbians that if they accepted the Trans Mountain pipeline expansion through Burnaby, their northern coast would be off-limits to oil supertankers. C-48 also represents a gesture of reconciliation, a signal to the coastal nations of B.C. that their traditional fishing grounds and traditional culture would be protected.

RELATED: The Senate of Canada is up on its hind legs. Will it bite?

The bill has been hugely controversial in Alberta, because it would effectively stymie any future attempt to build another oil pipeline to British Columbia. With the Trans Mountain expansion still in limbo, C-48 prevents Alberta from any future effort to move crude oil or bitumen to Asian markets.

I had intended to support C-48. I knew that would make me wildly unpopular back home. But being a senator gives you freedom to make unpopular choices—precisely because you’re not electorally vulnerable. You’re supposed to use that freedom to take the long view, to make the tough calls for the future of the country, because you can see past the next election cycle.

But after months of testimony—including public hearings in Prince Rupert, B.C. and Terrace, B.C.—I just couldn’t find the scientific evidence or legal logic to support the divisive ban.

I looked for compromise, a way to protect the coast from the risk of high-volume oil spills, while still allowing Alberta some tidewater access.

At committee, I argued vehemently for an amendment that would exempt the Nisga’a First Nation, which opposes C-48, allowing the Nisga’a, whose territory abuts Alaska, to determine their own economic future, while simultaneously allowing Alberta one possible route to get product to market. I pushed for another amendment, which would have made the coming into force of C-48 contingent on Trans Mountain going ahead.

The Conservatives on the committee refused to support those amendments—and not enough Independent senators did either.

RELATED: High price of buying in: Oil-friendly Indigenous groups are disparaged as ‘sellouts’

So I made a difficult decision. With the numbers on the committee perfectly balanced, I surprised the room—and perhaps myself—by casting the deciding vote to oppose the bill, and to recommend to the Senate that it not proceed.

Thanks to alphabetical order, I was the last senator to vote, which heightened the melodrama. And the shock. The cognitive dissonance was so extreme, conservative keyboard warriors went on excoriating me for days on Twitter, accusing me of being a shameless shill who sold out my province, accusing me of hating Alberta. They just couldn’t wrap their heads around the fact that I’d voted against the bill they loathed. Neither could those who had confidently expected me to vote for C-48—among them, many of my Independent colleagues.

I note that this tweet is still up, 19 hours later. It is as incorrect now as it was then. https://t.co/XY15rPE78W

The press reported that I’d voted “with the Conservatives.” That’s not how I see it. I voted as an Independent. I could not, in good conscience, defend C-48 to Albertans. The bill simply isn’t sound enough to justify the sacrifice it asks Alberta to make.

I haven’t killed the bill. I haven’t broken the Senate. Next week, our transport committee will file its report, recommending against the bill. The Senate will likely vote down our report and bring C-48 back for third reading. I’ll fight for amendments again. If they pass, I may yet vote in favour of C-48.

If not? I’ll face another hard choice.

To be clear, it’s not the place of the appointed upper chamber to block legislation passed by the elected House of Commons. That’s especially so, when it’s legislation for which a government has an explicit mandate. In the olden days—i.e. four years ago—when there were two parties in the Senate, opposition senators were careful not to overstep. They knew that one day they’d return to power, and they didn’t want to set a precedent of letting the Senate defeat government bills, willy-nilly.

RELATED: Why a more independent Senate is working better for Canadians

Therein lies the promise, and the threat, of the Trudeau government’s Senate reforms. Start appointing a bunch of strong-willed, independent-minded people to the Senate, tell them they have the moral authority to think for themselves, and goodness knows what they might think up! The unintended consequence for any government in appointing independent people is that they might take you at your word and start exercising that independence at truly inconvenient times.

If Independent senators were to start spiking government legislation, making the Senate truly effective or empowered, it could challenge the whole balance of our bicameral system. Is Canada ready for a more muscular, activist Senate? I don’t think we really know the answer.

Parliamentary protocol is clear. Senators can’t—and shouldn’t—vote down government bills they dislike, simply because of differences of ideology or politics. It’s not our job to block the democratic will of the electorate.

Yet there is another parliamentary tradition in Canada. Senators have a duty, a constitutional obligation, to defend their regions. That’s the tradition I tried to honour last week. A tradition I’m proud to uphold.