Old kid on the Bloc: Duceppe is back 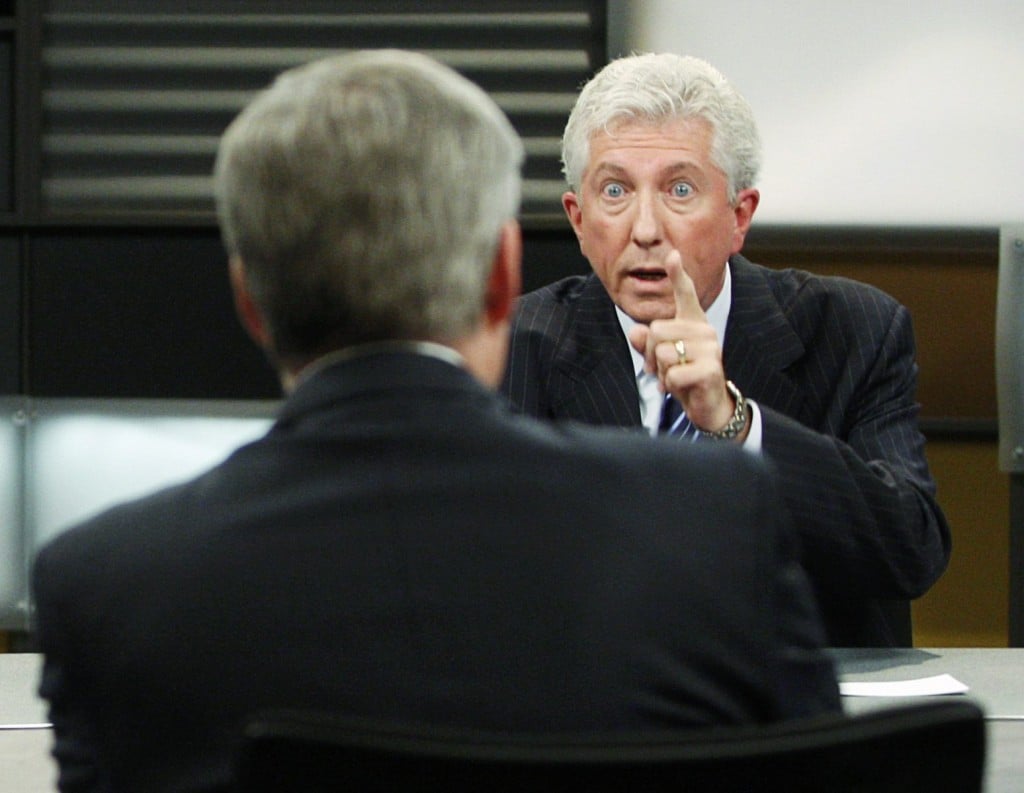 One hardly knows where to begin.

1. Beaulieu was elected Bloc leader, fair and square, on a platform of stark criticism of Duceppe’s long tenure on the job. Beaulieu accused previous Bloc regimes—which pretty much implies he was talking about Duceppe, because Duceppe was leader for almost three times as long as Lucien Bouchard—of just sitting around, waiting for something to happen. It was an amazing cheap shot, recognized as such by several members of the Bloc caucus and various riding executives, who left the party to protest Beaulieu’s arrival. That he is now reported to have requested Duceppe’s return amounts to admission: “He may have been bad, but I’m worse.” Kind of endearing of him, come to think of it.

2. Duceppe is an experienced campaigner who went into politics as a dashing young man and left it—apparently not forever!—as an elder statesman of the sovereignty movement. Other parties should be nervous about running against him. Perhaps it also isn’t a coincidence that he returns to politics a week after Jacques Parizeau died. There’s been some inevitable stock-taking in the sovereignty movement. The new guy, Pierre Karl Péladeau, a bundle of id and a barely comprehensible public speaker with no perceptible graces or insight into any known issue of public policy, represents slim shoulders on which to rest the hopes of a generation of Quebec nationalists. Duceppe looks like a pretty good set of training wheels at a moment when they’re needed.

3. It beats me how many seats the Bloc should expect to win under Duceppe. Nobody expected the 2011 blowout. His previous low result was 33 seats out of 75 in 2000, less than a year after Jean Chrétien and Stéphane Dion passed the Clarity Act. (In a moment of collective Tourette’s syndrome on a Saturday close to election day, Duceppe, Lucien Bouchard and Bernard Landry pronounced Chrétien’s name 73 times in an hour-long campaign rally. It didn’t help as much as they hoped it would. But I digress.) If a Duceppe-led Bloc won 33 seats in this election, it would, pretty much by itself, wreck NDP Leader Thomas Mulcair’s hope of becoming prime minister.

4. But neither should anyone assume the BQ will win 33 seats, or even 10. Monday night’s provincial by-elections in the Quebec City region show only a very modest rebound in the PQ vote from near-record lows in last year’s provincial election. Voters are feeling no particular compulsion to support sovereignist parties these days.

5. Still, just about every other federal party will be considering its positioning in relation to a re-Duceppified Bloc. Will Mulcair tack toward his party’s Quebec nationalist wing to reinforce votes he thought he could take for granted? Will that get him in trouble outside Quebec? Will the Trudeau Liberals revive the timeless Liberal sport of proclaiming themselves Canadian unity’s last rampart against a resurgent separatist threat? Will Stephen Harper’s “Conservative majority or separatist-backed coalition” rhetoric, noticeably dormant this year in comparison to 2011, return, now there’s a halfway-plausible bogeyman in the picture?

I try not to end columns with “stay tuned,” but, you know, stay tuned.

Related post: The Bloc at 20: A conversation with Gilles Duceppe