On First Nations issues, 'sunny ways' was just a phase

The Trudeau government had a rare opportunity to finally ensure Indigenous peoples receive the same basic services as other Canadians, but that moment is at risk 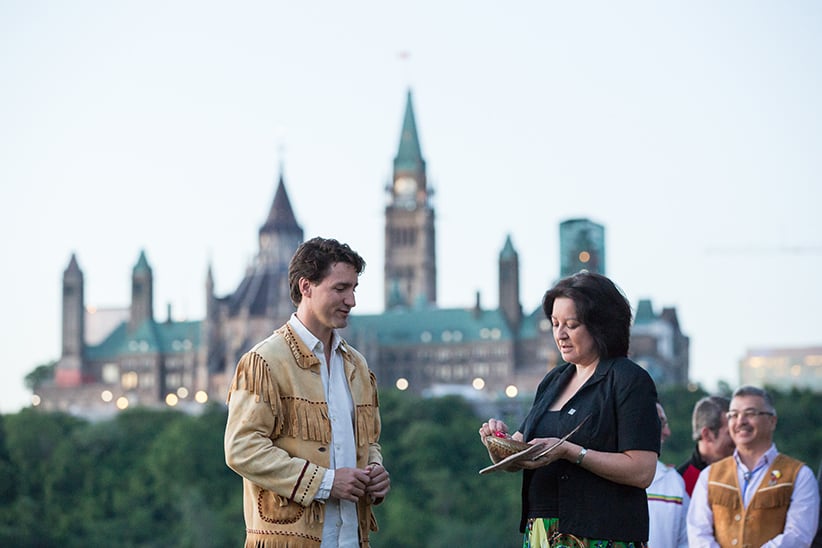 In 2015, the Liberal Party platform promised that if elected they would “restore trust in our democracy” beginning with “trusting Canadians.” Mobilized by the spirit of Truth and Reconciliation, people across the country placed trust in the government to meet their promises to Indigenous peoples.

“Sunny ways” prevailed, and for what seemed like a rare moment in the history of a tense colonial relationship, fraught with countless human rights violations and complex mistrust between Canadians, Indigenous peoples, and their governments, both Indigenous and non-Indigenous citizens agreed on one thing: Indigenous children, youth, families, and communities deserve better, and that this government would trust its own citizens, listen to them, respect them, and act in good faith. However, a year and a half into Justin Trudeau’s time as Prime Minister this opportunity is beginning to slip away as, after two budgets, it becomes apparent that his government will fail to meet many of its most substantial promises to Indigenous peoples.

In January 2016, the Canadian Human Rights Tribunal established that the government’s child welfare policy was racist and discriminatory. Thanks to the tireless advocacy of Cindy Blackstock, the CHRT has ordered the implementation of Jordan’s Principle, a legal declaration requiring federal, provincial, and territorial governments to extend equity in public services to Indigenous children, in accordance with the standard of resources and services provided to non-Indigenous children. While Budget 2016 failed to close this gap, many were willing to give this new government time to comply with the court’s ruling.

Budget 2017 was a chance to reverse course and to commit the roughly $200 million required to come into compliance with the CHRT. Instead, the government opted to continue its conflict with First Nations child advocates and allocated no new funds to come into compliance. And the day the budget arrived in Ottawa, Cindy Blackstock was back at the CHRT, which has reconvened to discuss the non-compliance of the government on Indigenous child welfare. Even if the government were to eventually comply with the CHRT, lasting damage has been done and it is unlikely that the relationship with First Nations child advocates can be repaired.

The failure to implement Jordan’s Principle alone may be sufficient to derail this opportunity for a new relationship between Indigenous peoples and the federal government, but it is not the only fiscal promise that is going undelivered.

Closing the K-12 education gap between First Nations children and other students across Canada was a centrepiece of both Liberal and NDP platforms in 2015. And while the government did make additional investments in Budget 2016 (although less than promised in the campaign period), the PBO has indicated that hundreds of millions of dollars annually are required to actually close the educational gap in the short to medium run. This fact went entirely unmentioned in Budget 2017 and it appears that the federal government is happy enough to trumpet their funding of “$2.6 billion over five years” while allowing a smaller gap to persist and failing to provide the level of K-12 funding promised in their platform. The investments in Budget 2016 did win the government some goodwill on education, but it is possible that continued underfunding in the next several years and the possibility of delays in funds reaching their destination could cause that to dissipate quickly

The unmet promise most likely to cause a substantial erosion in trust will be the Prime Minister’s commitment to end all boil water advisories on reserve within his first mandate. This was clearly a promise that the Prime Minister made off the cuff during the election period as his platform did not include the roughly $5 billion required to fulfill the commitment. Budget 2016 took a reasonable first step, introducing hundreds of millions of dollars in new funding annually, but it was not substantial enough to meet this commitment. Budget 2017 was an opportunity to close this shortfall, but no new funds were allocated to meet the Prime Minister’s promise. Further, buried in the budget, the government appears to have pushed its commitment to eliminating boil water advisories back to 2021. The potential damage to trust in the government here is enormous: unlike child welfare and education, this is an easily measurable outcome that will not be met.

Instead of trumpeting new programs and services, the Liberal government in both Budget 2016 and Budget 2017 has made the decision to hold up the large sums of money, over five- to 10-year periods, that they have committed to various causes. While seemingly a harmless political maneuver, this practice may have real consequences in as far as it could jeopardize the openness that many Canadians now have to supporting the programs described above.

For a citizen who doesn’t go out and read the budget itself, promises of “$8.4 billion” and “$3.4 billion” for Indigenous communities likely seem enormous. Efforts to exaggerate annual funding by relying on long-term sums (and potentially including renewal of sunsetted funding) could in fact lead to a public backlash. If Canadians have seen these seemingly enormous numbers thrown around and there is a failure to meet promises around clean drinking water, child welfare, or education there is a possibility that the blame will be placed on Indigenous peoples themselves, playing into 150 year old stereotypes. It is not worth it to jeopardize this rare moment of public support to simply exaggerate the government’s fiscal support.

Justin Trudeau and his government have had a rare opportunity with broad public buy-in to finally take the steps needed to ensure that Indigenous peoples receive the same basic services as other Canadians, but that moment is at risk. Budget 2017 was an opportunity to build on the real investments found in Budget 2016 and to allow the Prime Minister to meet his promises to Indigenous peoples. Instead, we were given another big number that is sure to impress many Canadians, but that will not actually deliver on what was promised and put this moment in jeopardy.

Rob Gillezeau is an assistant professor of economics at the University of Victoria. He previously served as the chief economist in the Office of the Leader of the Official Opposition.

Jeffrey Ansloos is an assistant professor of human and social development at the University of Victoria. He is a fellow of the Centre of Youth and Society and the United Nations Alliance of Civilizations.