Politics Insider for Dec. 10: As Canada sets COVID hospitalization records, the feds approve the Pfizer vaccine; Robert Lighthizer gets his last kick at Canada; and Navdeep Bains wins the Bureaucratic Jargon of the Day Award 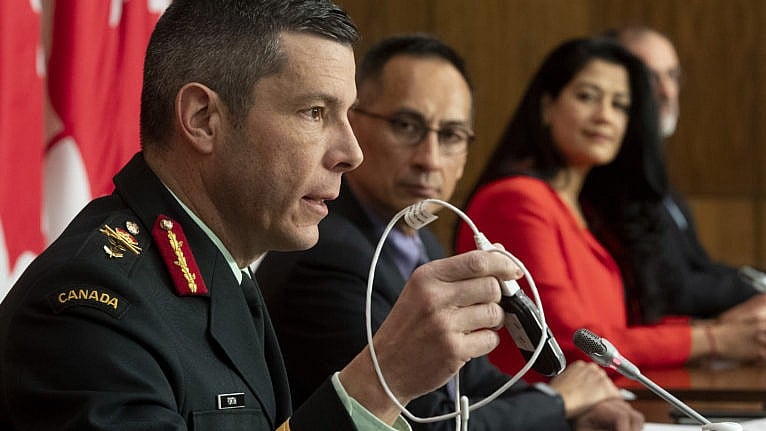 First, the bad news. Canadian hospitals are now treating more COVID-19 patients than ever before, surpassing the spring peak’s high of 3,083 patients. Patricia Treble notes the circumstances surrounding the old record and the new all-time high are vastly different. Back in May, caseloads were starting to drop even as hospitalizations were still cresting. Now, of course, cases are on the rise all over Canada with no sign of a flattening curve in several provinces.

But those worrisome trends weren’t yesterday’s story of the day, when Ottawa unleashed a one-two punch of news. First, Health Canada approved Pfizer’s COVID-19 vaccine (and published a handy explainer for consumers), the first doses of which will be shipped to Canada in a matter of days. Next, federal officials launched Canada’s COVID-19 immunization plan, a 21-page guide to mass inoculations that says vaccines “will be available in 2021 at no cost to everyone in Canada who wants one.” The plan is to wrap up the program before the end of the calendar year.

Michelle Rempel Garner, the Tory health critic who’s badgered the government for a plan, applauded the news. “All partisanship aside this is good news to celebrate,” she wrote. “Canadians need hope.” But Rempel Garner’s approval came with conditions—namely, the need for more rapid testing.

Liberal cabinet ministers boast that Canada has purchased more vaccine doses per capita than any other country. Lauren Dobson-Hughes, a consultant on global health and gender equity, applauded the speed at which developed countries will fully immunize their people—with a continent-sized caveat. “Not a single African country has signed a bilateral vaccine deal yet,” she wrote. “Even if they could afford to, we’ve bought all the stock anyway.”

A Biden-Trudeau partnership will require real work: Presidents and prime ministers are more likely to get along when they share a political worldview, Paul Wells writes. Democrats like Liberals and vice versa, and Conservatives see eye-to-eye with Republicans. Those historical trends portend an amiable cross-border future, then. But it’s not like anyone’s singing Kumbaya as the president-elect prepares to take office.

There will still be irritants. Biden opposes the Keystone XL pipeline, and seems set, inevitably, on calling the bluff of Trudeau, who asserts his support for the Canadian pipeline into U.S. territory without ever doing much to advance its prospects. If a post-COVID skepticism about the reliability of global supply chains translates into new protectionist impulses in the U.S., Canada will need to work to stay inside a continental North American supply fence, rather than stuck outside.

How dairy! For now, Canada’s bombastic frenemy in Washington, U.S. Trade Representative Robert Lighthizer, still holds the reins on trade policy. He filed the first-ever trade complaint of the CUSMA/USMCA/New NAFTA era—and Canadian dairy is in his crosshairs. Ottawa’s latest import rules have, Lighthizer claimed, “undermined the ability of American dairy farmers and producers to … sell a wide range of dairy products to Canadian consumers.”

A change in tone? Today marks two years since Michael Kovrig and Michael Spavor were arbitrarily detained in China. Foreign Minister Francois-Philippe Champagne, whose tough-but-reserved tone has remained remarkably consistent since the beginning, used more colourful language yesterday. “These years have been stolen from Mr. Kovrig and Mr. Spavor, their families and loved ones,” he said. “I am struck by the integrity and strength of character the two have shown as they endure immense hardship that would shake anyone’s faith in humanity.” (Tories say the Liberal policy on China is incoherent, citing a Globe and Mail report that revealed Global Affairs bureaucrats disagreed with a military decision to cancel planned exercises with the Chinese military in 2019.)

Word salad: Innovation Minister Navdeep Bains wins the award for Most Bureaucratic Jargon of the Day with his announcement of the Innovation Asset Collective, which scored $30 million in funding from the Patent Collective Pilot Program. That money will, he says, “bring businesses together to help them make the most strategic use of their intellectual property.” Clear as mud.

Maybe Prime Minister Justin Trudeau‘s weekly phone calls with premiers have taken the shine off of federal-provincial summits, but today the PM and the preems will meet for a one-day first ministers meeting on boosting health transfers—albeit virtually. (Their last in-person confab was cancelled at the last second as Sophie Grégoire Trudeau awaited COVID-19 test results and Trudeau entered self-isolation.)

When miners and smelters crowd into northern Ontario’s so-called Ring of Fire, a region rich in natural resources, the feds want to measure the impact of all that human activity on wildlife. That’s why Environment and Climate Change Canada is looking for someone to collect caribou poop in early 2021. The contractor’s first job will be to “conduct aerial winter distribution surveys.” Job number two will be, well, picking up the poop and delivering it to scientists.