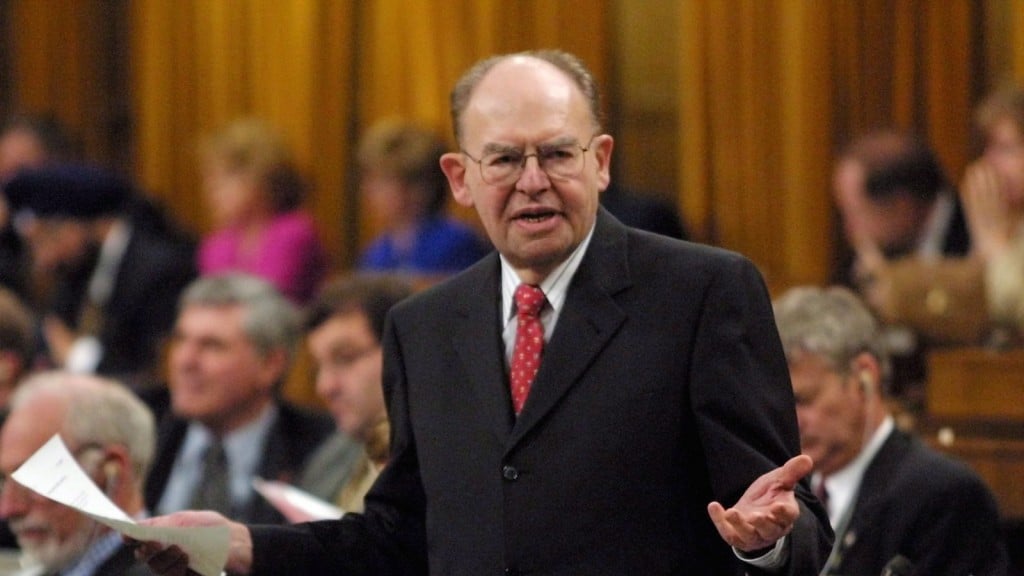 Jonathan Hayward/CP Herb Gray, who died earlier this week at 82

Herb Gray, a Liberal titan for much of the 20th century, died earlier this week at 82. His funeral is in Ottawa this morning.

Paul Wells remembers The Gray Fog‘s time in office, and Aaron Wherry chronicles the nearly four decades the longtime MP spent in the House of Commons.

Former Prime Minister Paul Martin, who spent some of his formative years in Windsor, Ont.—Gray’s riding for all 39 years in Parliament—reflects on a long life lived with Cormac MacSweeney, Parliament Hill Bureau Chief for CityNews and Rogers Radio. A highlight from the interview: Without Gray’s sage advice, Martin’s life might have taken quite a different turn.