'This contributes to the feeling Harper's majority mandate has been snakebit' 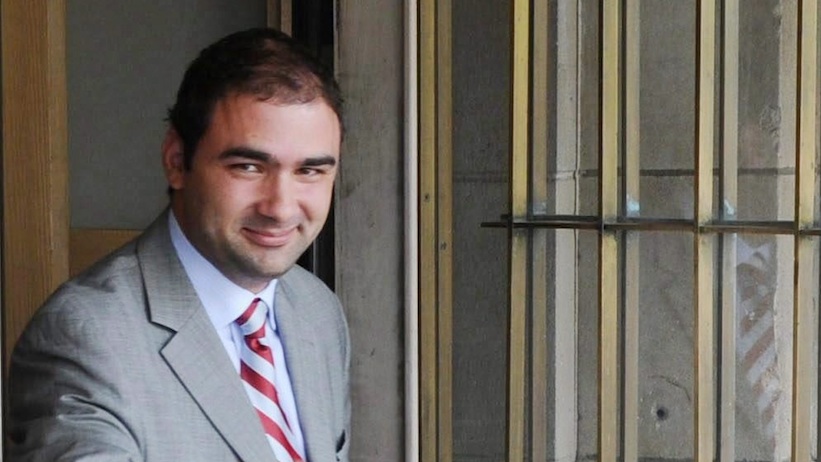 “Today I am writing to direct your full attention to the Confidential Memo I received today from Dimitri Soudas, the dynamic new Executive Director of the Conservative Party hand-picked by Prime Minister Harper,” Sen. Irving Gerstein wrote in a letter to Conservative donors dated 16 days ago.

Soudas had written to Gerstein — Confidentially! —  to make a “new, urgent and pressing request” to raise $1.23 million within 90 days, a “critical need” that was “essential in keeping our Conservative Majority in power — and keeping Stephen Harper as Canada’s Prime Minister.” Well, like you, I’m sure Gerstein dropped everything upon receiving this Confidential Memo from dynamic hand-picked Dimitri — or DHPD as he’s known in tippy-top Conservative circles — so he could rush that memo out to donors. Nancy! Cancel lunch at the wading pool. We’ve got a red-ball from Hand-Picked Dimitri! Start licking the envelopes — this one’s a Code Seven!

And barely two weeks later it has all turned to ashes, because three days after Hand-Picked Dimitri sent his Confidential Memo to Irv describing the urgent, pressing, critical, essential crisis menacing Stephen Harper’s very future and —as if this even needed saying! — the Commonwealth’s along with it, Hand-Picked Dimitri reportedly drove his life partner Eve Adams to a riding-association meeting in Oakville—North Burlington, where Adams is not the incumbent MP, and waited outside in the hall while she made enough of a scene to get herself kicked out. Then he fired the guy who wrote to the party complaining about her behaviour. What a coincidence.

Of course the party was shocked and outraged at this — this — this scene. And you could tell. “We’re running fair and open nominations,” party spokesman Cory Hann said.

No, wait. Maybe that line didn’t strike quite the right tone. Because tonight, Hand-Picked Dimitri has become Ass-Kicked Dimitri, having resigned (CP’s first version) or been fired (CTV’s version) or been told to resign so he wouldn’t be fired (the later CP version) from his job as dynamic and hand-picked Executive Director. And all with barely 70 days left to go in his urgent, pressing, critical, essential mission to save the Prime Minister and, with him (of course) everything Canadians cherish. I just don’t know how we’re going to break the news to Sen. Gerstein.

The good news is, he’s got more time to drive Eve around now.

So what’s it all mean for Harper?

Recall (he said as if there was any chance you actually would recall) that Soudas was the Conservatives’ third executive director in six months, replacing Dave Forestell who replaced Dan Hilton who was left standing without a seat when the music stopped on what is known in Conservative circles as “the C-Vote mess.” That the PM’s communications director would take the pains to tweet Soudas’s arrival (the same comms guy made no such announcement about, say, the arrival of Joe Oliver as finance minister) is explained by the fact that Soudas’s return was intended to mark a return to skill and competence in the Conservatives’ management of their internal affairs, after the unfortunate business of a personal cheque, a PMO chief of staff, and a telegenic senator. There was, and still is, the small matter of a federal election to plan for. Another signal Soudas was meant to send was that it will be Harper’s election, not some successor Conservative leader’s, to win.

Soudas was receiving mixed reviews for his work until he showed up at Oakville — North Burlington and fired Wally Butts, by which I mean that I’ve been reading negative reviews in colleagues’ reports but had heard only good things myself. “He’s getting things done,” a senior member of the government told me the other day. “He’s way more responsive than the last guy.” (I didn’t have the heart to ask which of two recent last guys this referred to.) And indeed, in the much larger number of ridings where Soudas wasn’t affianced to one of the potential candidates, things were going pretty well. One presumes they will continue to do so, in the sense that candidates will be nominated to run for the Conservatives and will do so with enthusiasm.

This latest uproar is more of a sensation in the Queensway bubble than in the real world, where most people had the luxury of not knowing who Soudas is. It contributes to the feeling that Harper’s majority mandate has been snakebit. Lately when the PM sticks in his thumb he has not managed to handpick many plums: Mike Duffy, Nigel Wright, Marc Nadon, Soudas. Tonight it emerged that Justin Trudeau swore at a charity boxing match. The PM’s spokesman said the incident spoke poorly of Trudeau’s judgment.