Peter Kent talks about the oil regulations that never happened

MP Peter Kent on how he lost the environment minister post, didn't push through oil and gas emissions regulations, and why that's fine 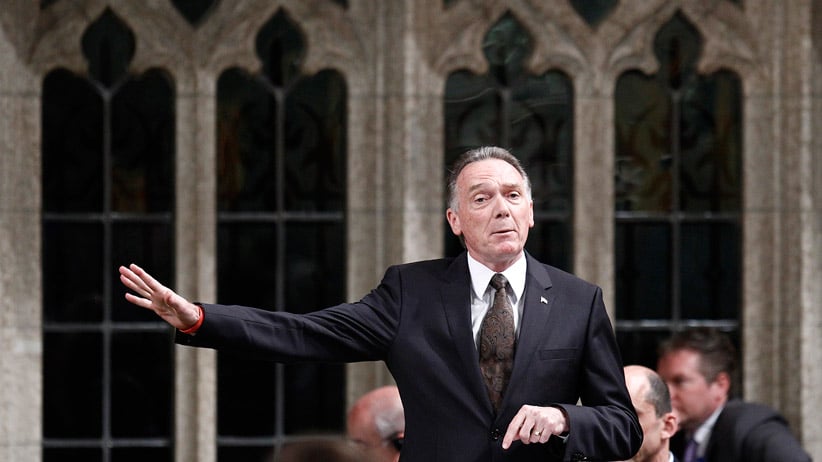 Exactly how Peter Kent fits into the highly disciplined ranks of Prime Minister Stephen Harper’s government and Conservative caucus has always been hard to figure. As an award-winning veteran TV journalist, Kent seemed, back when he was first elected as an Ontario MP in 2008, like the sort of guy who might bring an independent streak to a Tory operation defined by Harper’s astringent message control.

When he was appointed to cabinet, though, his public pronouncements soon fell into the familiar pattern of the government’s approved talking points of the day. After Harper assigned him to the high-profile, high-pressure post of environment minister in 2011, Kent appeared perfectly comfortable with his boss’s inclination to favour the energy industry’s interests.

Still, intermittent reports through the first half of 2013 gave the impression that Kent was presiding over serious behind-closed-doors efforts to finally bring about the Harper government’s long-promised regulations to cut the oil and gas sector’s greenhouse gas emissions. But that push came to a sudden halt when Harper bumped Kent from the portfolio and from cabinet, in a summer 2013 shuffle, to make room for Leona Aglukkaq, who has been invisible on the issue ever since.

I thought of Kent earlier this week, when Harper stood in the House to declare that the notion of Canada regulating oil and gas sector emissions, unless the U.S. does so at the same time, was “crazy,” especially in light of falling crude oil prices. “With the current conditions in the oil and gas sector, this government will not consider unilateral regulation of that sector,” he declared.

So I called the former environment minister, who is now a backbench MP, to ask about his thoughts on Harper’s pronouncement. During a phone interview, I found Kent in a reflective mood, perhaps not surprisingly: He was diagnosed with tongue and throat cancer late last year, and went through months of difficult treatment, before his Toronto doctors gave him the good news, early this fall, that he was cancer-free.

Kent was candid in telling me he thinks he lost his job as environment minister because Harper saw him as too aggressive on those oil and gas regulations, along with other files. “One of the reasons I’m not in the department anymore is probably because I was pushing too hard to fulfill my mandate to complete the regulations across sectors,” he said

He is still bound to keep confidential many elements of the negotiations he hashed over with the energy industry and the provinces most directly involved: Alberta, Saskatchewan and British Columbia. But Kent sketched key aspects of the regulations that never happened—and conceded that he now thinks imposing them would have been a mistake.

He says a range of targets for cutting emissions were discussed.  The plan, Kent says, was to charge companies a modest fee for slightly overshooting the targets, while imposing “a much higher penalty for a significant miss.” The money would flow, not into general government coffers, but to funds dedicated to researching technology for cutting emissions.

How close was he to finalizing regulations when he lost his cabinet job? “At that point, when I was still in the department and we were negotiating regs, we progressed a long way. We had great buy-in from the province of Alberta, supportive buy-in from Saskatchewan and British Columbia, in principle, on a number of things, and [the Canadian Association of Petroleum Producers] were for the most part participating in the discussions and the negotiations really positively.”

But Kent surprised me on the question of whether Harper should have let him finish the job. With the benefit of hindsight, he now contends that Harper was right to put the brakes on his regulatory drive. “The PM, I’ve got to admit, must have been prescient, because regs today of the sort that we were talking would definitely wrong-foot Canadian producers with the current prices.”

Kent says the policy he tried to implement was based not only on the assumption that crude oil prices wouldn’t plummet, but also on the expectation that Washington would approve the Keystone XL pipeline. If that pipeline linking Alberta’s oil sands with U.S. refineries was built, he says, Canadian producers would be able to charge more than the discounted price they get now for oil that’s difficult to ship to world markets.

All the negotiations on regulations were premised, Kent stresses, on Keystone erasing much of that discount, which would, for the industry, cover “a good part of the cost that would be involved with complying.” The possibility that President Barack Obama might stall Keystone indefinitely wasn’t seriously factored in. “None of us thought this would be dragging on. We thought that between those multiple State Department studies and the jobs and economic considerations that it would be approved.”

So Kent gives Harper credit for preventing the imposition of regulatory costs that might have been too heavy for the sector to shoulder in the absence of key new pipelines, and in the current period of plummeting oil prices. Yet he says he doesn’t regret the way he tackled the file, and is glad he did it without openly feuding with his boss. “I loved it. I probably pushed too hard. I took the job a little more seriously than perhaps I might have. That’s fine,” he says. “I did it in the team context; I didn’t flame out.”