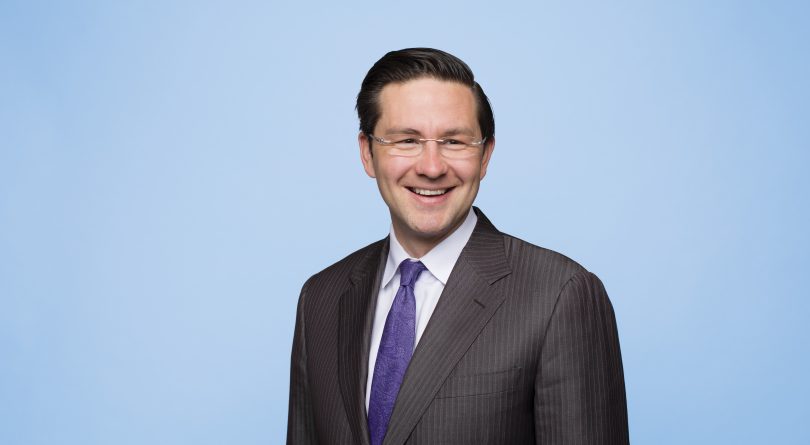 In 14 years as MP, Pierre Poilievre’s reputation has gone from parliamentary keener to keen intellect, from smart aleck to smart fellow. This may have as much to do with his last few years in opposition as it does a maturing of the guy first elected when he was 25.

He came into public consciousness as a Harper government lieutenant who would dribble out information in ultra-partisan non-answers. Now, as a Conservative finance critic, he puts his analytical and research chops on display, again to highly partisan effect. Poilievre revels in scouring through reports to find the right shards of information to wield as a shiv against Liberal policies.

Take last year’s small-business tax changes. “I buried myself in my basement for about four straight days, and did nothing but study the proposals,” he recalls. Poilievre spent the following several months accusing Finance Minister Bill Morneau of applying an effective tax rate of up to 73 per cent on business owners—a figure the Liberals charged was misleading, though it turned out to be true in some narrow instances.

He’s a voracious reader, everything from collections of Abraham Lincoln’s speeches to Plutocrats, the 2012 global survey of the super-rich by Foreign Affairs Minister Chrystia Freeland. He’ll relentlessly hammer away on a particular point he’s gleaned, but he pointedly avoids florid language. He says there isn’t enough simplification in politics.

Liberals and NDPers might accuse Poilievre of oversimplifying. What he possesses, though, is a long-held view, learned from mentors John Baird and Stephen Harper, that one should never cede even a fraction of a point to his opponents.

But his days of devoting half a week to digest a particular policy may be over. In mid-October, he and his wife, a former Senate aide, had their first child. “I think it means my life will literally be nothing but work and family, and I’m fine with that. I really don’t need much else.”