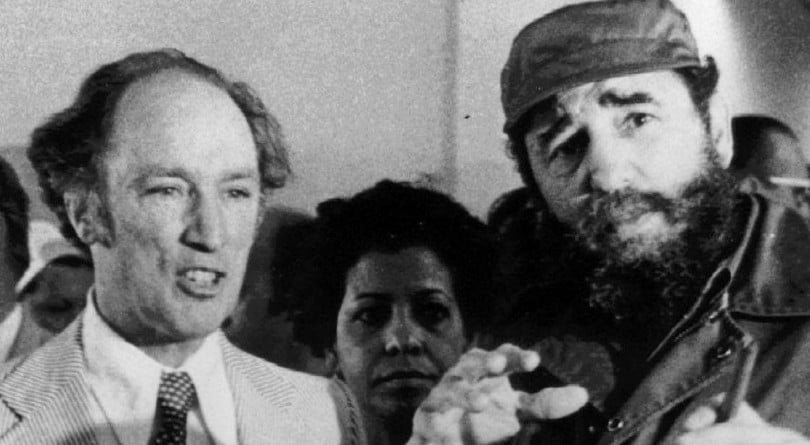 Well here we are with one week left to go before the House of Commons adjourns for the summer, and depending on how the next election goes, potentially the last regular week when the Trudeau Liberals occupy the government benches.

Scheer’s early edge: Yes, yes, we’re still a long way out from Oct. 21, the scheduled date Canadians go to the polls, and as Philippe J. Fournier of poll aggregator 338Canada notes, that’s an eternity in politics. But with the release of a flurry of federal election polls, Fournier also gives the Conservatives the edge going into the summer break. The Conservatives lead the popular vote with an average of 35.5 per cent against the Liberals’ 30.7 per cent. In terms of seat projections, the 338Canada model, which draws on recent polls as well as electoral history and demographic data, puts the Conservatives at an average of 164 seats, compared to 125 for the Liberals. Read Fournier’s full analysis at Maclean’s, where he highlights one regional trend that is surely keeping Liberals up at night. (Maclean’s)

See more from the world of #CdnPoli polling further down today’s newsletter.

Kiefer Sutherland approved?: In releasing the federal NDP’s party platform over the weekend, Jagmeet Singh joined the Tommy Douglas club by invoking the memory of the founder of the NDP, though one suspects that a certain Hollywood star and Douglas descendent won’t have a problem this time around (ahem, Doug Ford).  The centrepiece of the Singh NDP platform is a significant expansion of Canada’s universal health care system to cover drugs as well as mental, dental, eye and hearing care. “‘It’s time for the party that brought medicare to Canada, to take another major step forward.” Singh also promised a new wealth tax of one per cent on those with net worths greater than $20 million. (CBC News)

Over the coming days Maclean’s will update our party platform tracker with the NDP’s various promises. Watch for it.

Meaningless inquiry: There won’t be an investigation into the Vice-Admiral Mark Norman affair by the Senate after all. Conservative Sen. Jean-Guy Dagenais will withdraw his motion calling for an investigation into how prosecutors came to accuse Norman of breach of trust only to drop their case two years later, and whether the Trudeau government interfered with the case. While Dagenais blamed the government side for refusing to extend meetings into the summer recess, it’s also clear Norman’s legal team were wary of the effort given the scope of the case. “Given that I have spent two and a half years on this matter, I am not sure how a meaningful inquiry can proceed without a detailed review of the case and documents,” Norman’s lawyer Marie Henein wrote in a letter to the Senate defence committee chair. “(Oral) testimony in response to questions asked by individuals who have not reviewed the extensive record as to how these charges came to be laid and how the case proceeded in my view will not be of assistance to the Canadian public.” Things might have got moving sooner—except the committee apparently sent its invitation to Norman’s lawyers to the wrong email address. (National Post)

Licence to shred: Long rumoured to exist, Canadian spy documents were said to contain records of surveillance stings carried out by the RCMP against former prime minister Pierre Trudeau. Maybe they did, maybe they didn’t. We’ll never know now, because in 1989 Canada’s spy agency CSIS, which inherited the secret file from the RCMP Security Service, decided the documents fell short of the legal threshold for keeping them and had them destroyed. Historians are apoplectic. “It’s just outrageous, there’s no other word to describe it,” said one. “A crime against Canadian history,” said another. The Canadian Press had submitted an access to information request for the documents, which were eligible to be disclosed 20 years after Trudeau’s death, which revealed their fate. Conspiracy theorists, start your engines. (Canadian Press)

What the polls are showing in the lead-up to the election:

After the national inquiry into missing and murdered Indigenous women and girls declared that an “ongoing genocide” was responsible for the violence and deaths, debate has swirled about the inquiry’s use of that definition. A new survey from Leger finds the majority of Canadians, or 53 per cent, agree a genocide occurred, however they are torn over when that genocide took place, and who was responsible—just shy of one-third of respondents blame Canada’s British and French founders, one quarter blamed Catholic and Protestant churches, and 21 per cent said all Canadians are responsible. Only one-percent laid the blame at the foot of government.  (Canadian Press)

That same Leger poll also dug into Canadians’ perceptions of the country’s immigration system, and found the majority of Canadians want the number of immigrants to be limited. Sixty-three per cent want Ottawa to prioritize limits on immigration levels because Canada may not be able to integrate them. Two parties saw majority support for immigration limits—the Conservatives, at 81 per cent, and the Green Party, at 57 per cent. (Canadian Press)

‘Not realistic’: As noted above, the federal NDP released their 2019 party platform, which included a promise to put a national universal pharmacare plan in place by 2020. Not a chance, says Health Minister Ginette Petitpas Taylor. “When I hear the NDP saying in the House of Commons that are going to make sure that a pharmacare program will be put in place by 2020, it’s not realistic,” she said on CTV’s Question Period. “We have to establish contracts and negotiations with provinces and territories. And just like the medicare system… it took 10 years to put in place the medicare act to make sure that all provinces and territories were going to sign on.” So when will the Liberals have a plan in place, she was asked? Couldn’t say. (CTV News)

Trans Mountain’s fate: Tomorrow is the Trudeau government’s self-appointed deadline for deciding the fate of the Trans Mountain pipeline expansion, but right up until the end Environment Minister Catherine McKenna was giving no indication which direction the government would take, or even if it will meet its deadline. “We’re moving forward in terms of being in a position to make an announcement but we’ve always said it has to be done in the right way,” she said on Global’s West Block. “There’s no decision yet but just stay tuned.” For what it’s worth Finance Minister Bill Morneau, the public face of the decision to buy the pipeline project, will be in Calgary on Wednesday to deliver a speech about “the importance of helping the energy sector grow, and how the government’s plan to invest in the middle class is building a better future for all Canadians.” (Global News)

Should the Trudeau government be listening more closely to provincial premiers who say its policies are “killing the natural resources sector” with these rules? That was the question put to McKenna on CTV’s Question Period. Her response—”These are conservative premiers who are fighting the next election. And what do we have? We have Andrew Scheer, who instead of looking out for the interests of Canadians he’s looking our for the interests of conservative premiers like Doug Ford and Jason Kenney.”—didn’t go over well with one of those premiers. Kenney fired back on Twitter claiming “9/10 provincial governments, every major party in Alberta, almost every national business group, & many First Nations” oppose Bill C-69, which reforms the environmental review process for major projects. (CTV video tweet)

Energy exec Al Monaco, the CEO of Enbridge, laid out the industry view for opposing Bill C-69 on CBC’s The House. As it stands now, he said, the bill throws obstacles in the path of new resource projects in Canada, which has already developed a reputation among investors for the slow pace of project approvals. “I think if you look at the state of Canadian energy these days it’s certainly being hampered. … It really comes down to the certainty and transparency in the process and ultimately its predictability to attract investment.” (CBC News)

CUSMA countdown: With one week to go before Parliament shuts down for summer recess, time is running out for the government to ratify the CUSMA/USMCA trade deal. And though MPs may get called back from the break to push the ratification legislation through, it’s possible it won’t be ratified before the next election. That worries Goldy Hyder, president of the Business Council of Canada. “I think there’s a good chance things will get there. The question is when and how,” he said on West Block. “I’m more concerned about when it happens because, maybe, if it happens after the Canadian election or into 2020, all bets are off because we’re into a very partisan, hyper-partisan environment.” (Global News)