Paul Wells: If Harper returned to once again lead the Conservatives, it would cut the Liberal advantage by two-thirds, and a rout starts to look more like a race 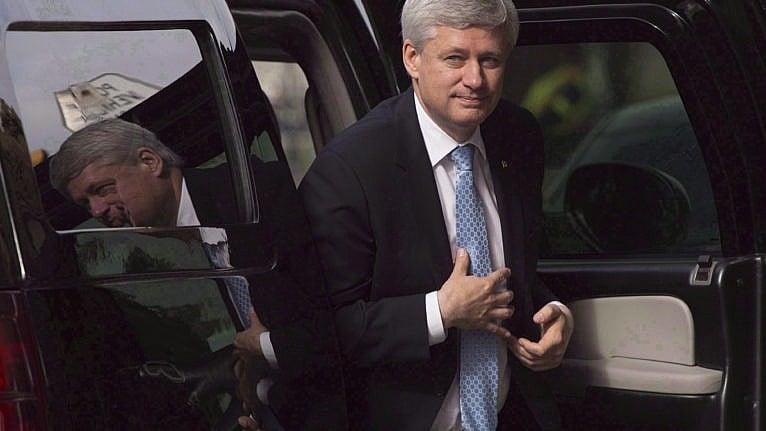 We don’t spend enough time indulging hypotheticals. “That would never happen,” as a reason not to think about something, is given way too much room to run these days. Things that would never happen are fun and may be useful to contemplate. It’s in that spirit that Maclean’s asked pollster Greg Lyle what would happen if Stephen Harper led the Conservative Party of Canada into the imminent federal election. The answer, it seems, is: a lot. A lot would happen.

A Harper-led Conservative Party would cut the Liberal advantage by two-thirds among decided voters, from a 14-point Liberal lead under current leader Erin O’Toole to a 5-point lead under Harper, according to a new poll for Maclean’s by Lyle’s firm Innovative Research Group.

Losing by five points is still losing. But it’s worth recalling that at the beginning of the 2006 election, the real-life historic Harper-led Conservatives were found to be five points behind the Liberals in several polls. Environics, Pollara and the Strategic Counsel all showed the Liberals, led by incumbent Prime Minister Paul Martin, leading the Harper Conservatives by five points in late November 2005. The election campaign began on Nov. 28. By the Jan. 23 vote, the Conservatives had opened up a six-point lead over the Liberals.

That won’t happen again, because as far as we know Harper is retired from politics. But the handy thing about hypothetical questions is the way they illuminate real-world choices. Let’s see what Lyle found.

In the more-nearly-real world of decided voters stating a preference among the parties under their current leaders, Innovative found the Trudeau Liberals lead Erin O’Toole’s Conservatives by 14 points, 41 per cent to 27 per cent. The NDP under Jagmeet Singh is at 17 per cent. Those popular-vote shares would be consistent with a Liberal majority government, since it found Liberal support two points higher and Conservative support five points lower than in the 2015 election, which produced Justin Trudeau’s first majority government.

But then Innovative asked how respondents would vote if Harper came back to lead the Conservatives. In that scenario, Liberal support falls four points to 37 per cent, Conservative support increases five points to 32 per cent, and NDP support falls a hair to 16 per cent. A rout starts to look more like a race.

But Harper would also attract support that’s not currently available to O’Toole. Of respondents who expect to vote Liberal against O’Toole, 11 per cent said they would switch their vote to the Conservatives if Harper were leader. Harper would also pick up 10 per cent of respondents who are undecided with O’Toole as leader, as well as nearly half—49 per cent—of support for “other” parties. Lyle said this category mostly captures support for the People’s Party and the Maverick Party, parties whose leaders, Maxime Bernier and Jay Hill, were cabinet ministers in Harper governments.

A Harper effect would be felt most strongly in a part of the country where O’Toole probably won’t need much help—the Prairies, where a Conservative lead would increase from 17 points over the Liberals to 28 points—and in a place where the Conservatives would probably need more help than Harper could offer, Quebec. In Quebec the Liberal lead over the Conservatives would shrink from 17 points to 10. In the provinces outside Quebec, a Harper-led party would still trail 12 points behind the Liberals, compared to 19 points with O’Toole as leader.

These are the results of an online survey conducted between July 15th and July 21st. Sample Size: n=834 Canadian citizens, 18 years or older. The results are nationally weighted to n=800 based on Census data from Statistics Canada. Results for Canada are weighted by age, gender, and region to ensure that the overall sample’s composition reflects that of the actual population according to Census data. This is a representative sample. However, since the online survey was not a random probability based sample, a margin of error cannot be calculated.