Probe your own country for a change

Politics Insider for June 6: Canada and China to be ambassador-free, think of the trees and Philpott's long-shot reelection 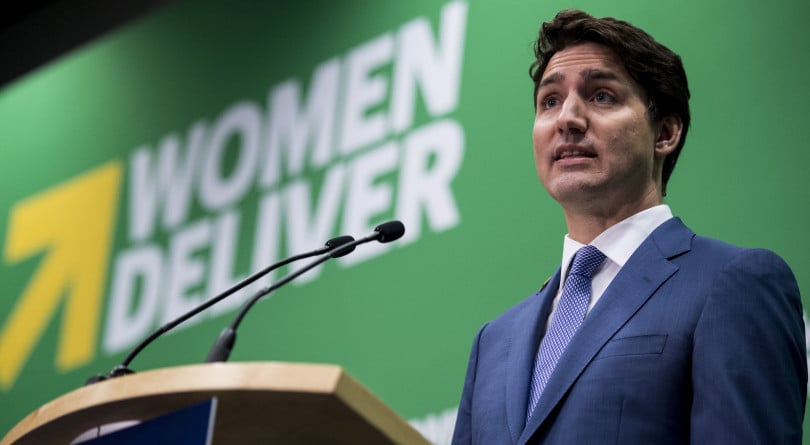 Adieu Lu: Having spent much of the past six months berating and insulting Canada, China’s ambassador is getting a promotion—a posting in France. Lu Shaye is roundly considered to be the least-diplomatic diplomat serving here, but his regular outbursts since Canada arrested Huawei executive Meng Wanzhou on a U.S. warrant clearly went over well in Beijing. He’ll depart later this month. (Globe and Mail)

Of course Lu’s imminent departure means Canada and China will both be without ambassadors to each other, since Canada has yet to replace John McCallum in that post. What could go wrong?

Sound of silence: In 2012 Justin Trudeau had a lot to say about how poorly Stephen Harper was managing Canada’s relationship with China. Now that the Canada-China relations have crumbled into a pile of smoking rubble, it sure would be nice if the Prime Minister would share his thoughts on the mess now, writes Paul Wells. (Maclean’s)

Your turn: After Trudeau said the violence Indigenous women and girls have experienced “amounts to genocide,” the Organization of American States called on Canada to form a panel to investigate the allegation, since that’s what Canada is always doing to other countries when allegations of human rights abuses are raised. “Given that your country has always sided with scrutiny and international investigation in situations where human rights are violated in different countries, I am expecting to receive a favourable response to this request,” Luis Almagro, secretary-general of the organization, wrote in a letter to Foreign Affairs Minister Chrystia Freeland. (Global News)

Duty: In an increasingly-rare moment of cross-party agreement, MPs from the three main parties have thrown their support behind a motion urging the federal government to create a new housing subsidy for homeless vets. The motion, introduced by Liberal MP Neil Ellis, has the support of the Conservatives and NDP and comes as world leaders prepare to mark the 75th anniversary of D-Day today in France. By some estimates, between 3,000 and 5,000 Canadian veterans are homeless. “We have a duty to these men and women,” said Tim Richter, CEO of the Canadian Alliance to End Homelessness. “Veterans’ homelessness is a solvable issue. Let’s get on with it.” (CBC News)

Save the trees: The decision by Doug Ford‘s Ontario government to ditch funding for a tree-planting program didn’t go over well with a lot of people in the province. Enter Environment Minister Catherine McKenna and her shovel. Ottawa will spend $15 million to keep the 50 Million Tree program going for another four years. (Global News)

Save the beers: Staying with Ontario for a moment, Ford’s favourite tagline “Open for business” has just collided with his favourite political promise: to make it easier and cheaper for Ontarians to buy beer. The government’s plan to void a contract with the big brewery-owned Beer Store so that suds can be sold in corner stores drew a letter of warning from the U.S. Chamber of Commerce. “Terminating an existing contract … risks sending a negative signal to U.S. and other international investors about the business and investment climate in Ontario.” (Global News)

Third place: While Independent MP Jody Wilson-Raybould enjoys a lead over her old party as she runs for re-election, the same can’t be said for fellow Independent Jane Philpott. In the riding of Markham-Stouffville, she’s trailing both the Liberals, in first place, and the Conservatives, according to a new poll by Mainstreet Research for 338Canada. (Maclean’s)