Q&A: MP Erin Weir on Jagmeet Singh kicking him out of the NDP

The MP said he accepts the finding that he made women uncomfortable in social situations, and hopes Singh will 'come to his senses' 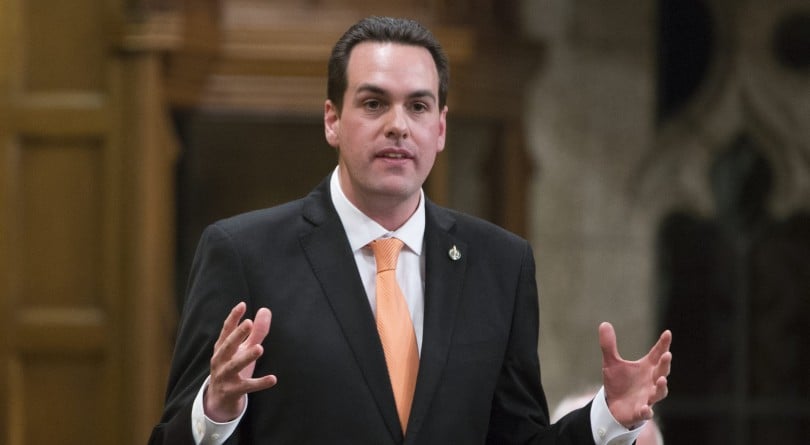 NDP Leader Jagmeet Singh’s decision to kick Erin Weir out of his caucus Thursday was not the direct result of a report by an independent investigator, which found that the Saskatchewan MP had sexually harassed three women, and was aggressive enough in a separate episode for his behaviour then to amount to harassment, too.

Singh told reporters on Parliament Hill this morning that he had tried to work out a deal under which Weir would be allowed to stay in caucus if he took responsibility for the investigator’s conclusions, and agreed to other “rehabilitative” steps. But he said Weir “made it clear he did not accept responsibility for what the inquiry found to be a fact.”

An NDP official explained that Singh was referring specifically to the way Weir was quoted in a CBC story earlier this week, after one of the women who had complained about him went to the broadcaster with details of the NDP’s internal investigation. “He criticized the process and refuted the claim,” said the party official, “when he had said he was going to respect the process.”

It’s a complicated saga, with many details still fuzzy. On Feb. 1, Singh suspended Weir because of allegations that came from someone who had heard of bad behaviour by Weir, but not from one of the women directly involved. That led Singh to call in an outside investigator to look into the matter.

In an interview this afternoon with Maclean’s, Weir said he accepts the finding that he made women uncomfortable in social situations. But he said that separate allegation of non-sexual harassment arose from a policy disagreement at a party convention in Saskatchewan back in 2016, during which he denies harassing anybody. Weir said he told Singh last month that he disputes that element of the report.

Here is our complete interview with Weir:

Q: When you responded to that CBC story this week, did you know that what you were saying would get you kicked out of the NDP caucus?

A: The way it unfolded is that a complainant decided to make her complaint public through CBC. When CBC contacted me, I declined to comment. I notified Mr. Singh’s office and I asked whether he or I would be responding. I didn’t hear back. CBC put the story out. Then I was in the position where the complaint was out on the public record and I needed to respond to it.

Q: Singh’s statement today suggested that what you told the CBC showed you were unwilling to take responsibility for your actions. Didn’t you refute the allegations?

A: My general approach is that if something is being alleged publicly then it merits a public response.

Q: Had the CBC story not broken, were you satisfied with the approach Jagmeet Singh was taking behind the scenes?

A: Mr. Singh and I agreed on that approach on April 19, basically to reinstate me based on my willingness to enter into conciliation with anyone who wanted to, as well as my willingness to complete training [on harassment].

That resolution was never announced. Mr. Singh kept delaying it for reasons that remain unclear to me. It was delayed until, eventually, on May 1, a complaint became public. I do think it was a mistake not to proactively announce the resolution that we had achieved. What we had was a complainant going public.

Q: How formal was that April 19 agreement you mention? Was it in writing?

A: It was a sit-down meeting with I suppose some documents, but it wasn’t a signed contract. It was a clear verbal agreement.

I should also note that I did, at that meeting, make it very clear to Mr. Singh that I dispute that one complaint that arose from a policy disagreement on the floor of the 2016 Saskatchewan NDP convention. He didn’t seem to see that disagreement as a barrier to resolution. On the other hand, I don’t think he expected that complaint to become public.

Q: You agree, though, that the other incidents needed to be addressed?

A: At the start of the investigation I didn’t realize I had done anything unwelcome. But when I read a written summary of the complaints, it became clear that at times I had been slow to pick up on some social cues. I apologize to anyone who felt uncomfortable because I stood too close to them, or talked longer than they wanted to talk with me. I was quick to agree to conciliation and training.

Q: In Singh’s statement, he said, “When Mr. Weir was told his advances were unwanted, he stopped.” That sounds like you weren’t just standing a bit close or talking too long. Does this have to do with you asking women out?

A: I’m a bachelor—I do approach women that I’m interested in and ask them out if there seems to be a mutual interest. But the actual findings aren’t of any comments of a sexual nature or even asking people out. The findings are about being a close-talker.

Q: So as far as you know the complaints weren’t about you hitting on women?

A: The findings of what’s described as sexual harassment don’t arise from upholding any one particular complaint. It’s kind of a generalized finding based on putting them together. A few different people felt uncomfortable with me being a bit of a close-talker.

Q: What’s it been like going through this process? It must be very embarrassing.

A: It is of course a very difficult process. To his credit, Mr. Singh has been pretty clear that in future he expects complaints will be addressed either through the House of Commons anti-harassment policy or through our staff union’s collective agreement.

In both of those processes, you’d have to start with a written complaint. What happened here was there was a political announcement of an investigation, and then nobody knew what to investigate. There was almost a call for proposals from staff to see if they could find any complaints.

Q: Singh’s statement says you “failed to read non-verbal cues in social situations.” Did you have any idea before all this that you might be making women uncomfortable?

A: I didn’t really have a sense of that until the investigation and until I had an opportunity to read this summary of allegations.

Q: What happens to you now?

A: I intend to continue representing the people of Regina-Lewvan as their member of Parliament. I’m cautiously optimistic that Mr. Singh may come to his senses and reverse this decision. There’s certainly recent precedent for him revisiting and changing decisions. But this announcement is only a few hours old. I won’t pretend to have a fully formed plan of the way forward.

(This interview has been edited for clarity and length.)