How to watch and listen to a replay of our 2016 Budget Special, which came to you live from lock-up 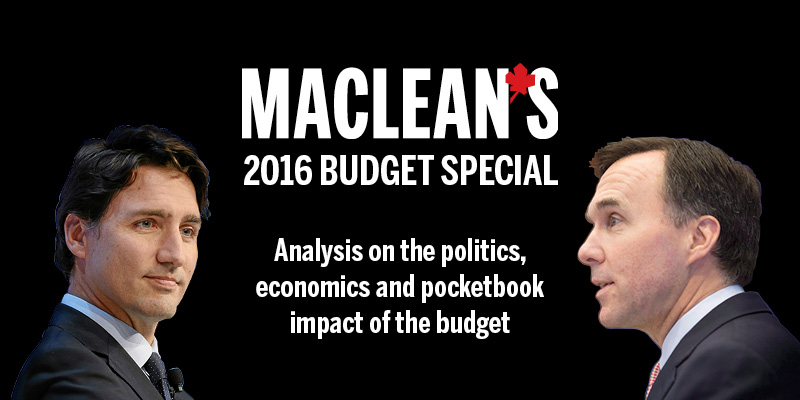 For the first year, Maclean’s teamed up with colleagues from CityNews, RogersTV, MoneySense and beyond to broadcast, live from inside the lock-up, a comprehensive analysis on the 2016 federal budget. From politics to economics to how the budget affects your pocketbook, our experts covered it all in an hour of incisive commentary.

Subscribe to Maclean’s On The Hill, our weekly politics podcast, on iTunes and Stitcher to listen to the show. We’ll also be talking about the budget and much more on Friday, when our new episodes come out. You can also watch the segments below, or read Maclean’s comprehensive coverage of the budget here.

John Geddes, Paul Wells and Jennifer Robson on the politics of the budget

Jason Kirby, Mike Moffatt and Stephen Gordon on the economics of the budget