Hamish Marshall, a Rebel board member, says he's severing links with the site, a decision he came to before its Charlottesville coverage 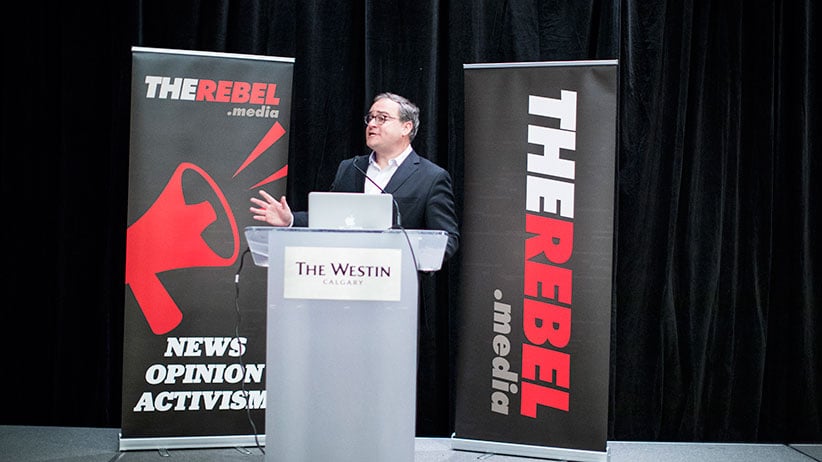 When Andrew Scheer was thinking of launching a bid for the federal Conservative leadership, among the most important calls he placed was to Hamish Marshall, a close friend since back when they were both young operatives on Parliament Hill in the late 1990s.

In those days, efforts to reunite Canada’s divided political right were ramping up, and Scheer and Marshall bonded during intense, tumultuous times. Scheer went on to become a Saskatchewan MP in the reconstituted Conservative Party of Canada, Marshall made his reputation in its backrooms and related technology ventures.

So it wasn’t surprising that Marshall signed on to manage Scheer’s leadership run. Shortly after their victory this spring—beating frontrunner Maxime Bernier on the strength of an almost stealthily patient campaign—Scheer spoke to Maclean’s about their tight relationship. They had been at each other’s weddings. They shared an instinct to avoid clashing with other Conservatives.

“I had to be sure that I could find a campaign manager that I could trust 100 per cent. I did not want to engage in negative attacks,” Scheer said. “And Hamish and I ended up lining up the same on a lot of issues, and strategically on how to present ourselves.”

Along with that personal bond, Scheer benefited from his old pal’s expertise in the highly technical art of collecting and exploiting data on supporters and voters. Marshall, now 39, has an MBA from Oxford, and describes himself as a “strategist, pollster and demographic expert.” He once managed strategic planning for former prime minister Stephen Harper, and served as Harper’s pollster for the Tories’ winning 2008 federal campaign. He’s now working for Brian Jean, former leader of Alberta’s Wildrose party, managing his run for the leadership of the province’s new United Conservative Party.

Lately, however, Marshall’s political activities have been overshadowed by his role as a board member and provider of online services to Rebel Media. Over the past two years, Toronto-based Rebel—the online outlet led by right-wing provocateur Ezra Levant—has sought and got controversy with its anti-Trudeau, anti-Muslim immigration, pro-Donald Trump slant. But Rebel‘s coverage of last week’s violence in the streets of Charlottesville, Va.—featuring, for instance, a Rebel correspondent referring to white racist protestors as “patriots”—has generated a more intense backlash.

And Scheer has lined up with the critics. “I am disgusted by the vile comments made by hate groups this past weekend,” he declared in a written statement on the controversy. “I believe there is fine line between reporting the facts and giving those groups a platform. I have a positive vision for Canada and I want to share that vision with Canadians and talk about issues that unite us all. Until the editorial directions of the Rebel Media changes, I will not grant interviews to the outlet.”

That raises obvious questions about his friend and campaign supremo’s standing as a Rebel board member. In a telephone interview with Maclean’s this morning, Marshall would not comment on Rebel’s coverage of the Charlottesville story, or any other aspect of its reporting and commentary, but did confirm that he is “in the process” of cutting his ties to the company. On when he expects to cease being a Rebel board member, he said, “There are just some business issues that need to be resolved.”

Marshall said he made the decision to leave Rebel months before the Charlottesville controversy. “Once Andrew won the leadership, it didn’t make sense, either for the Rebel or for me, to continue to be on the board of a media organization that would be covering Andrew,” he said. “So I decided that it made sense for me to wind down my involvement and to exit the Rebel at that point, at the end of May.”

He declined to answer several questions touching on Rebel’s right-wing populist take on the news, stressing repeatedly that he wasn’t involved in its editorial decision-making. “I have never had any involvement in any editorial or content decisions,” he said. Still, he said he shared office space with Rebel Media at one time, so he was clearly not far removed from its operations. “Overwhelmingly, I was involved in helping them with technological and web aspects of the business from a tech perspective,” he said.

Asked if he thinks harsh criticism of the Rebel’s content is fair, Marshall said, “I’m not going to get into discussing that—I’m not a pundit.”