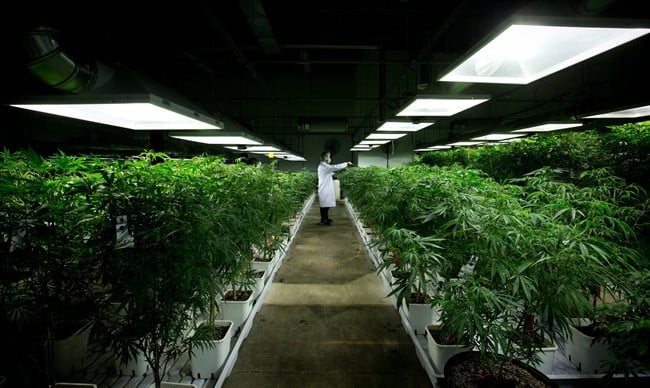 In another era, news that Health Canada was seeking endorsements from doctors’ groups for a planned advertising campaign on the dangers of drug abuse might be a bit of a yawn. Why wouldn’t docs lend the imprimaturs of their associations to public service messages on the evils of addiction?

In the politically charged atmosphere surrounding marijuana in Canada today, however, the possibility of the logos of the Canadian Medical Association, the Royal College of Physicians and Surgeons of Canada and the College of Family Physicians of Canada appearing on federal ads this fall urging kids not to smoke dope raises serious questions.

In breaking this story, the Ottawa Citizen’s Glen McGregor writes about the planned Health Canada ads in the context of the governing Conservative party’s ongoing attacks on Liberal Leader Justin Trudeau over his position that marijuana should be legalized and regulated. It’s fair to ask whether the Conservatives might be hoping Health Canada’s non-partisan ads will reinforce their own relentless partisan messaging.

But there is another set of concerns that should be flagged about the prospect of the doctors’ groups backing the Health Canada campaign. These planned ads would be part of what’s called the National Anti-Drug Strategy, a controversial federal umbrella program covering a range of health and crime initiatives, which was hatched by Prime Minister Stephen Harper back in 2007.

From the outset, the strategy was criticized by independent experts for taking aim only at illegal drugs, and not alcohol or prescription drug abuse. When it was revamped in 2012, criticisms only grew, if anything, more pointed. In this year’s budget, the government partly relented, after years of pleading from addiction groups, by bringing prescription drug abuse under the strategy.

Even if those national doctors’ groups are tempted to play ball because they are legitimately worried about the risks associated with young people smoking pot, I have to wonder how comfortable they would feel about backing this government if it goes on perversely insisting on booze not being addressed under the anti-drug strategy.

If you don’t agree that omission is perverse, check out the authoritative “Alcohol and Drug Use Monitoring Survey” on Health Canada’s website. There you’ll learn, among other things, that 12.8 per cent of Canadians from 15 to 24 years old reported suffering harm from alcohol use in 2010, nearly double the 6.9 per cent who said they’d been harmed by illicit drug use. And that’s all illegal drugs combined. No wonder those who know this field best, like Toronto’s Centre for Addiction and Mental Health, have long called for alcohol to be included in any drug-abuse prevention programs.

There’s another cause for apprehension: the clumsy way this government has, in the recent past, addressed drug use by young people in advertising. I refer to the Health Canada ads launched in the summer of 2008 under its DrugsNot4Me campaign. You might recall seeing a garish TV spot featuring an adolescent girl who starts out fixing her ponytail in her well-appointed bedroom, then descends into a drug-abuse nightmare, and ends up scratching at the needle marks on her forearm. In another ad from the same series, a teenaged boy is passed a joint at a party and his life falls rapidly to ruin.

These ads ignored the sensible advice to be found in Health Canada’s own 2001 report Preventing Substance Abuse Problems Among Young People—A Compendium of Best Practices. “Fear-arousing messages accompanied by incorrect or exaggerated information are not effective,” it cautions, “and can generate skepticism, disrespect and resistance toward any advice on substance use or other risk behaviour.” With this sort of common sense in mind, experts told me those earlier ads were unlikely to reach the kids most susceptible to drug problems.

After pouring $30 million into the National Anti-Drug Strategy’s “mass media campaign” in its first five years, the government scrapped the advertising component unceremoniously in 2012. As far as I can see from published planning documents, there is no new money in the strategy earmarked for this fall’s ad blitz. (I’ve asked Health Canada to explain where the funding is coming from, and will update this post with any explanation.)

So we have an ad campaign being planned on marijuana use that apparently won’t, as a matter of government policy, address the much more serious, though related, problem of harmful drinking. It will come from a government whose most recent try at an anti-drug ad campaign aimed at young people was short-lived, expensive, and of highly dubious value.

Should respected doctors’ groups lend their credibility to new federal ads under these circumstances? They should at least keep in mind that while they might be being asked to endorse only a specific message, the proposed campaign will be injected into a fraught political environment and grows out of a highly debatable policy record.

The College of Family Physicians of Canada tells me it is “reviewing the Health Canada ad concepts with a family medicine lens.” I wonder if that lens will give the docs a wide enough view of what they might be getting into.