The Haida once approved of Justin Trudeau’s ink of a Haida raven on his shoulder. But that was before Ottawa supported an LNG terminal in B.C. 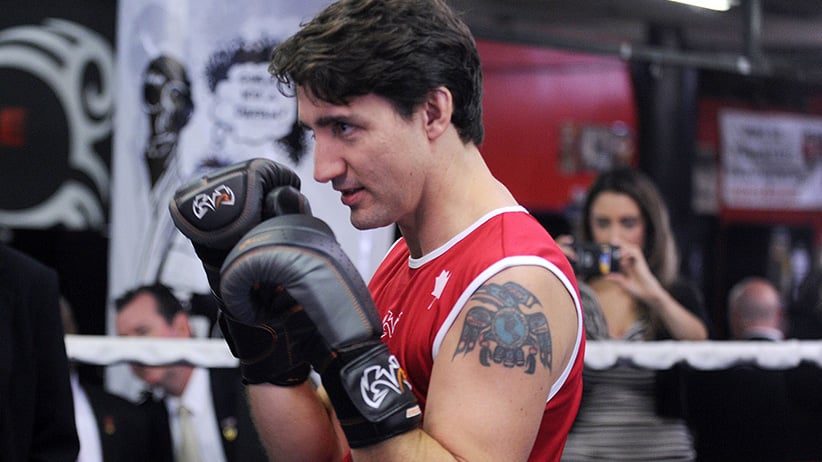 Robert Davidson, one of the country’s top Haida artists, was initially bemused to learn Justin Trudeau had one of his designs tattooed to his left shoulder. Years ago, it made him angry to see his art tattooed on strangers with no connection to the Haida, whose ties to Haida Gwaii, the remote archipelago on B.C.’s North Coast, go back 14,000 years. But Davidson, great-grandson of legendary Haida master carver Charles Edenshaw, came to see that anger was stifling his creativity, and learned to let it go. Plus, ink worn by someone of Trudeau’s stature validates Haida art, says the 69-year-old. “Since contact, the art’s been dismissed as curio.”

Davidson, whose Haida name is Guud San Glans, “Eagle of the Dawn,” has spent his life trying to elevate the form. He learned of the Prime Minister’s ink the same way most did, when, in the wake of last fall’s election, media zeroed in on what GQ called his “badass” tattoo. But Trudeau first tweeted his tattoo—“planet Earth inside a Haida raven”—in 2012, prior to his boxing match against Sen. Patrick Brazeau. The globe he’d got at 23, he said. The raven was added on his 40th birthday, shortly before he became Liberal leader.

In the heady, post-election period last October, with Trudeau promising a “new” relationship with Indigenous people, even the Haida leadership applauded the ink: “Of course we’re proud,” Peter Lantin, president of the Council of the Haida Nation said then. 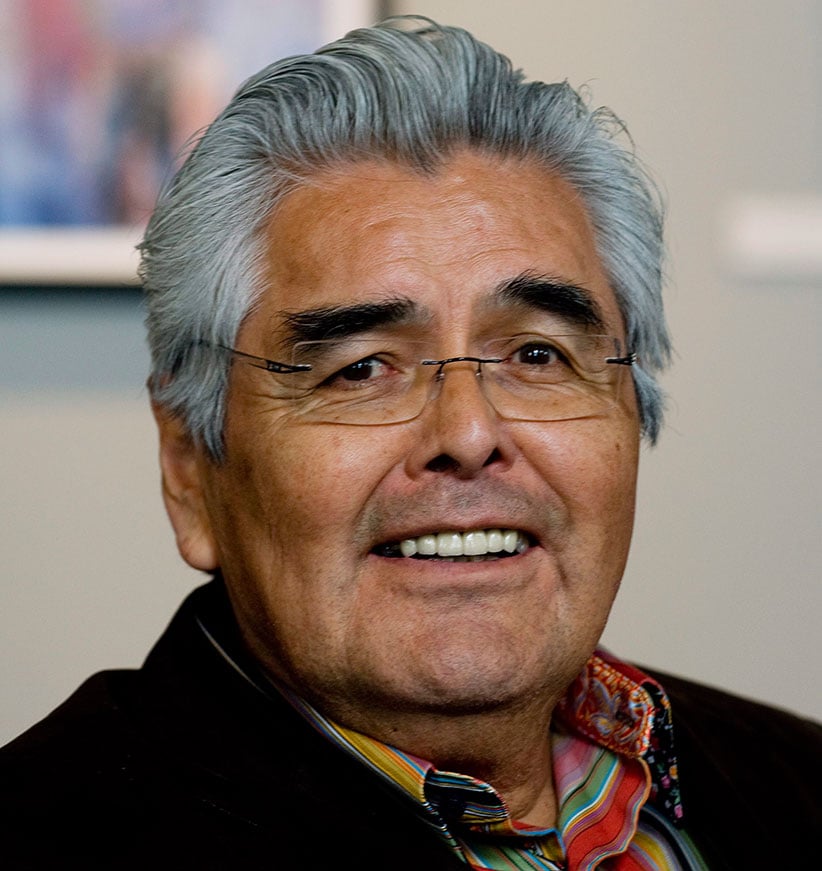 Times, though, have changed. To the Haida, what’s changed is Trudeau. This fall, Ottawa greenlit a controversial LNG terminal near the breeding grounds of one of B.C.’s biggest salmon runs. The Haida are among those First Nations opposed to the Petronas LNG terminal slated for Lelu Island, on B.C.’s North Coast. Already, Davidson says he’ll be among those willing to stand at Lelu Island to block heavy machinery from landing on its shores. Many Haida are equally angry with Trudeau’s decision to allow B.C.’s controversial Site C Dam to go ahead before the Federal Court of Appeal can rule on treaty rights. And the Haida, like most British Columbians, are anxiously awaiting Ottawa’s decision on the Kinder Morgan Trans Mountain pipeline, expected by Dec. 19.

Related: Will and Kate visit Haida Gwaii with anger in the air

Today Lantin says the Haida are increasingly angry and offended by Trudeau’s tattoo. Delvina Lawrence, a Haida local, says Trudeau “presents himself as an ally . . . with our ink on his body. We feel he’s stabbed us in the back.” The Haida also talk openly of Trudeau appropriating their culture. “It’s like me getting a basketball tattooed to my shoulder,” says Gregory Williams, a Haida tattoo artist. “I don’t play basketball.” Nor did Trudeau ask permission of Davidson, or follow any protocols to use the image, he adds, noting that for the Haida, acquiring ink is sacred, a step generally taken at a potlatch or public forum, particularly for a clan tattoo, like Trudeau’s. As for Davidson, the artist admits disappointment. “In accepting a tattoo, you commit to the values and laws that govern our nation,” he says. “Maybe Trudeau really needs to understand what that tattoo signifies to the Haida. In one breath we’re all excited as Haida—then all of a sudden, how do we react to what he’s doing, to the decisions he’s making?”

A renaissance has lately been sweeping Haida Gwaii, as the Haida reclaim their identity, and seek to do things their parents and grandparents could not, says Williams. His great-grandmother’s generation was the last to receive traditional tattoos, which were part of the potlatch banned by John A. Macdonald, to “lay an iron hand on the shoulders of [Indigenous] people.” The potlatch law barred the Haida from speaking their language or holding ceremonies and feasts. Williams is the first Haida tattoo artist to emerge in 120 years.

When Davidson was growing up in Masset in the 1950s, evidence of the Haida culture had all but vanished, the result of cultural genocide and museums plundering Haida artifacts. He learned of the culture through the stories of his grandmother, Edenshaw’s daughter, Florence. His father, a boat maker, pushed him to carve. Since there was no secondary school on Haida Gwaii, Davidson moved to Vancouver. He boarded with a West Side family who arranged for him to demonstrate carving in Eaton’s on Saturdays, which provided his big break. “I was able to meet clientele,” Davidson says. “Being very shy, I didn’t have courage to go sell my work to the curio shops.” Davidson is renowned today not just for totem poles and masks, but also for painting, sculpture and printmaking.

The Davidson painting Trudeau used in his tattoo, Raven Bringing Light to the World, came from a 1985 collaboration with the artist’s 12-year-old daughter, Sara. The tattoo replaces her circular design with a globe. Sara, now a Ph.D. candidate at UBC, is okay with it, says Davidson; “I think we were both more humoured than upset.”

Davidson has spoken with Trudeau just once, three years ago. He explained the Haida name his grandmother gave Pierre Trudeau in 1976, when she adopted him into her clan—a means to show openness and generosity. Kihl gulaans roughly translates to “his voice is good as gold.” “We were all so excited before [Justin] became Prime Minister. We all had high hopes of a better relationship with government,” he says. “That’s starting to sour. I am certainly disappointed.”