SNC-Lavalin may not be a ballot box winner for Scheer 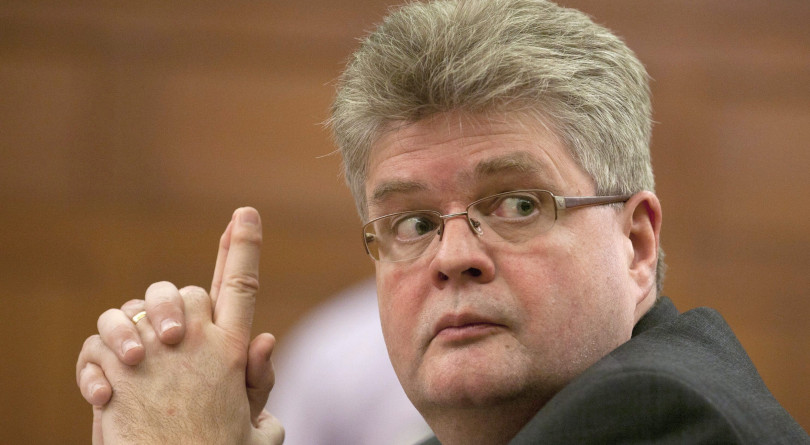 If the Conservative Party of Canada had any intentions of going in the next federal campaign head-first with the SNC-Lavalin issue as a top ballot question, maybe they should take a look at the latest federal polls. It appears this story, in the short-term at least, has had little-to-no effect on voting intentions according to three brand new polls from major Canadian firms.

On Tuesday, a Ipsos/Global News poll revealed that the two main parties were only two points apart—a statistical tie—with a slight edge going to the Conservatives with 35 per cent. However, it was the first poll released whose field date occurred after the publication of the ethics commissioner’s report. Therefore, according to Ipsos, voters seemed rather unmoved by the new revelations. (It is worth noting that back in March, at the height of the SNC controversy, Ipsos had the Conservative in the lead by double digits.)

Two new federal polls were published on Wednesday from Léger/The Canadian Press and Abacus Data, and both seem to confirm these trends.

First, here are the results of decided and leaning voters from Léger: 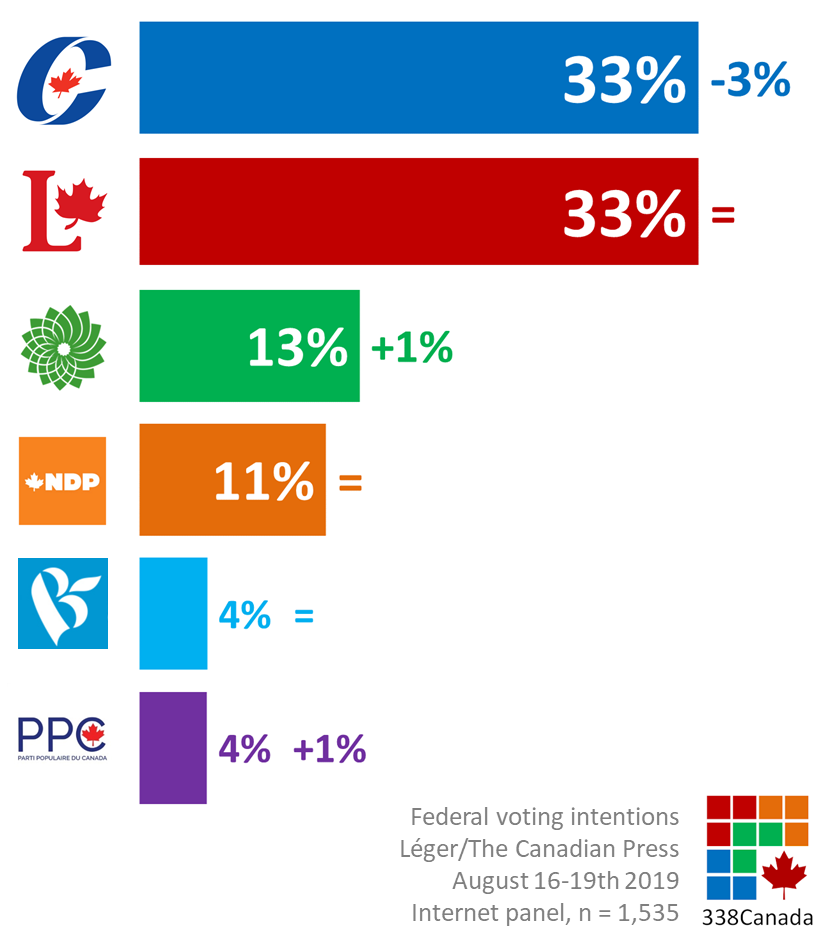 The Conservatives, which Léger measured ahead by as much as 13 points back in April, now has the two parties tied at 33 per cent apiece. And even worse news for Andrew Scheer: according to this poll, the Liberals hold a seven-point lead in Quebec, an eight-point lead in both Ontario and British Columbia. Even if the poll’s overall national numbers are tied, Léger’s regional numbers would assuredly lead to the Liberals winning the most seats. The poll’s complete report is available here.

After measuring a six-point Conservative lead back in March, the polling firm Abacus Data has had the two parties essentially tied since late spring. New figures from Abacus this week also reveal that the SNC-Lavalin story may have run its course. Here are Abacus’ horse-race numbers: 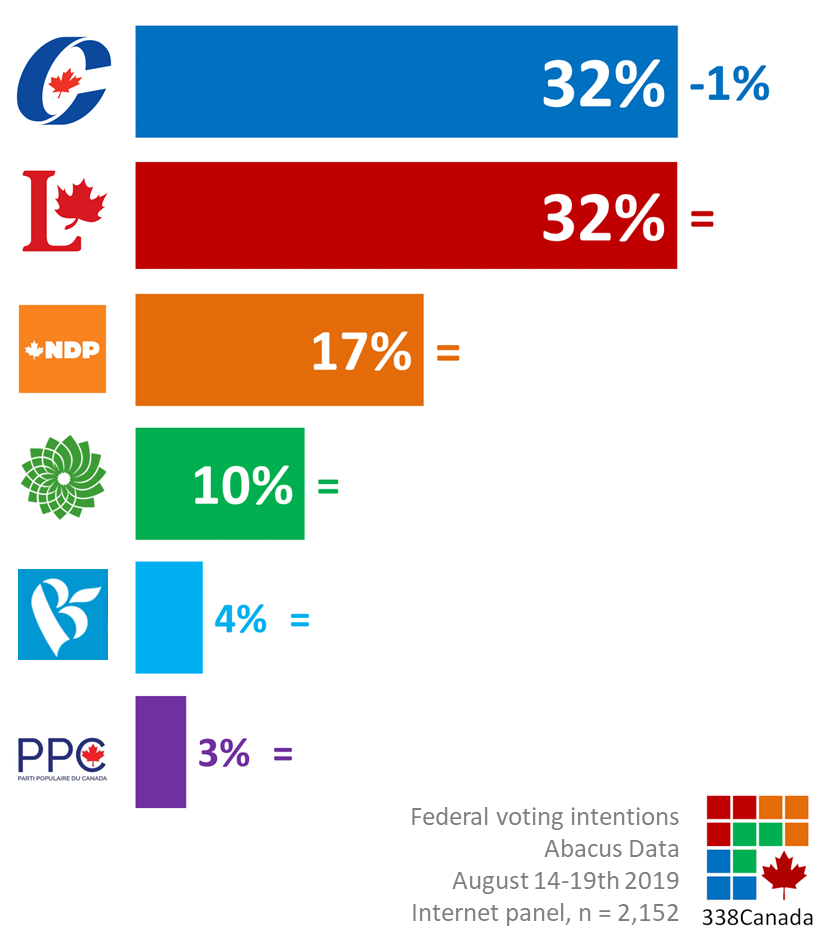 Unlike Léger, Abacus measures a close race in Ontario with the Liberals and Conservatives at 34 per cent apiece. However, Abacus has the Liberals way ahead in Quebec with 36 per cent, a crushing 18-point lead on both the Conservatives and the Bloc Québécois. Abacus’ full report is available here.

Aside from voting intentions, Abacus also asked its panel respondents directly about their impressions on the ethics commissioner’s report. Almost four in five respondents (79 per cent) admit that the report did not change their opinion on the matter. And among the 21 per cent who answered that the report did change their mind, less than half (44 per cent) believe the Prime Minister “had done something inappropriate”. According to Abacus’ report: “This effect was most notable among NDP and BQ supporters.”

Although we must use caution not to come to premature conclusions, it certainly appears that most voters have already made up their minds on the issue. The Conservatives have lead voting intentions since late February but seem to have lost momentum early this summer. Even though we do not yet know what the main ballot box issue will be for the 2019 federal campaign, these numbers suggest it would be unwise for Scheer to keep his focus solely on the SNC-Lavalin story.

Rightly or wrongly, many voters could soon tune him out if he did.