Start your vengeance! How to prep for the Maclean's debate

The leaders are training hard for the Maclean’s debate (Some might even be doing Face Pilates.) Scott Feschuk breaks down the strategies 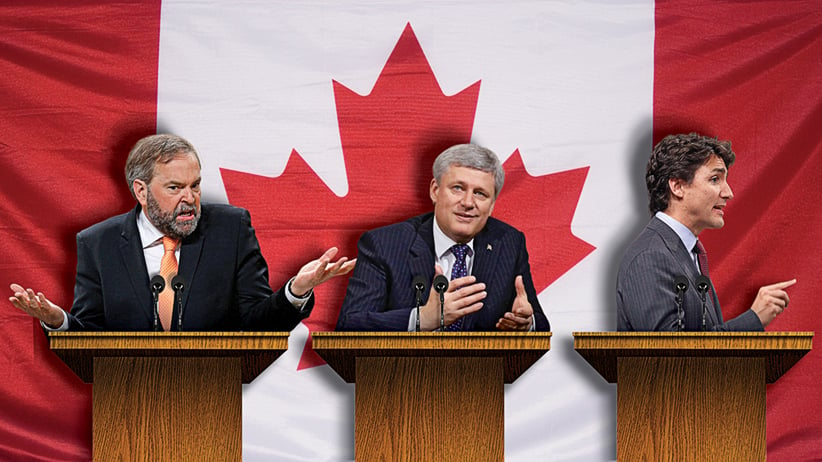 Did you know Maclean’s is about to host the first big TV debate of the federal election campaign? For the record, I selflessly offered to serve as moderator but my uptight bosses had issues with the five categories I proposed:

Here’s what matters most: the debate will take place on Aug. 6—which means that even as many Canadians are relaxing by the lake, our political leaders and their luckless staff are right now slogging through the brain-tenderizing hell of “debate prep.” They are rehearsing attacks. They are trying to craft prepared zingers that sound spontaneous. They are inside in summertime and they are miserable. So, in a very real sense, we as voters have already won. Thanks, democracy!

Related: A viewer’s guide to the Maclean’s debate

With polls showing the three major parties in a tight race, let’s take a look at those with a chance of being prime minister—and their strategic priorities as they prepare to debate.

Thomas Mulcair. The NDP has been rising in popularity—but for reasons no one can fully understand. It’s kind of like when DJs in the ’80s kept playing Ebony and Ivory. Everyone just sort of went along with it. Even today, the regret remains palpable.

Mulcair has proven himself a capable communicator. He should perform quite well as long as he can avoid one thing and one thing only: facts. He is not super great with facts. Now, this is politics, so an aversion to accurate information is not necessarily a hindrance. But it’s weird that Mulcair, who wants to raise the corporate tax rate, did not know the corporate tax rate. It’s like that one time when George Bush didn’t know the price of milk or that entire campaign when Mitt Romney didn’t know his ass from an apple.

There is also the beard. Surely NDP strategists see that now is the time to shave it off. Yes, we are making progress as a society but we are not yet ready to entrust the job of prime minister to a man whose facial hair proclaims, “Thank you for purchasing my artisanal honey.” Besides, the world would never let us forget it. Angela Merkel would totally mock us for being represented at the G7 by “Prof. Beardy McTweederson.”

Justin Trudeau. He’s cornered the electoral market on charisma and youth—but the expectations of pundits nevertheless remain fairly low, which is actually good news for the Liberal leader. In a debate, you always want to be the candidate who gets points for remembering to face the right way.

But Trudeau shouldn’t coast on his perceived inferiority. There’s time to lower expectations even further. For instance, it couldn’t hurt to stumble over the names of some world leaders or common household objects. Or maybe begin high-fiving himself for no reason. If all else fails, the Liberal leader should mix up the Greece bailout with the Grease musical. That should do the trick. The European Union cannot stand idly and allow the collapse of summer love!

Stephen Harper. The Conservative leader’s self-confidence is such that he isn’t even bothering to disguise the tactics he’ll employ on debate night. He’ll blame the world for our sagging economy (employing the “I didn’t do it” defence pioneered by the noted practitioner of spin, Bart Simpson). He’ll portray his opponents as sweet on terrorists and tax hikes. And he’ll smile exactly four times, a new personal record made possible by rigorous daily sessions of Face Pilates.

The economy should be a big-time weakness for him—but no rival has yet found a way to fully exploit it. Which is weird, when you think about it. Harper has delivered one balanced budget in almost a decade. His whole brand appears to be: I have done poorly, but everyone else would do poorlier!

That said, the Conservative leader has always been disciplined and effective in leaders’ debates. I encourage you to think about it this way: here is a man so skilled at the art of persuasion that he has managed to convince himself every morning for the past half-century that the hairstyle is working.

This is not an achievement to be underestimated.