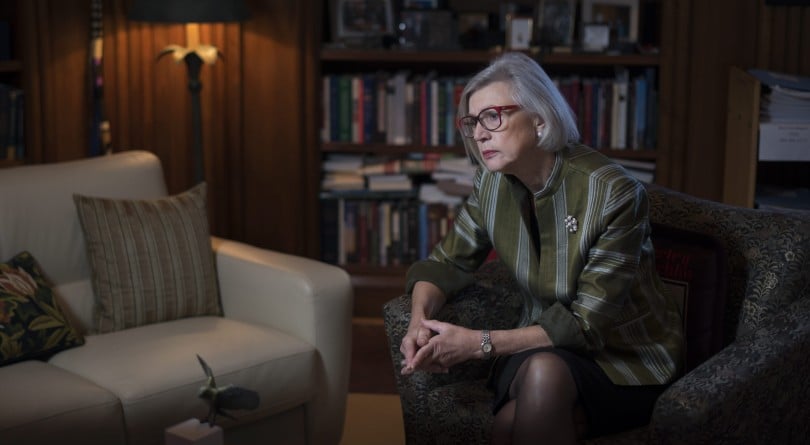 Even in the endless controversy over SNC-Lavalin’s attempts to secure a deferred prosecution agreement and what the Prime Minister’s Office may or may not have done to aid those efforts, it was difficult to miss one recurring plot point.

First, it emerged that retired Supreme Court judge Frank Iacobucci was acting as legal counsel for the Quebec engineering giant as it sought a remediation agreement in the face of accusations of fraud and bribery. Then, the former attorney general, Jody Wilson-Raybould, resigned from cabinet and announced that she had retained former Supreme Court judge Thomas Cromwell to provide legal advice on her next steps.

And finally, the Trudeau government floated the idea of yet another retired Supreme—this time the former chief justice, Beverley McLachlin—perhaps weighing in on the issue of deferred prosecution agreements.

READ: What does it take to get a deferred prosecution agreement?

The expert opinions sought in this highly fraught legal-turned-political case came from a particular pedigree that might have made it look weak-kneed to seek counsel from any competent lawyer who had never, say, worn ceremonial scarlet and ermine at work.

“It began to sound to me like the line from The Untouchables, which is, ‘Don’t bring a knife to a gun fight,’ ” says Eric Adams, a law professor specializing in constitutional law and legal history at the University of Alberta. “Do we want to be creating an elite cadre of super-lawyers who appear to have—both in the public mind and certainly in media reporting—a kind of extra-legal status?” 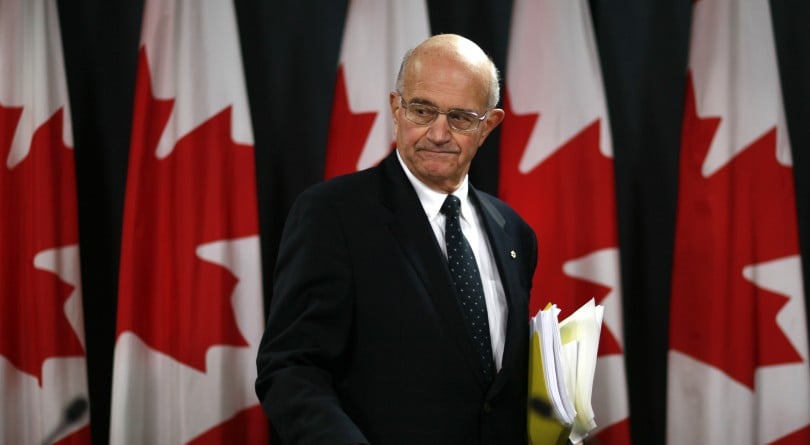 In an October letter to Prime Minister Justin Trudeau, SNC-Lavalin CEO Neil Bruce seemed wounded that Iacobucci had not even got the company in the door. SNC’s lawyer, “a well-respected expert in the law whose credentials are impeccable, former justice of the Supreme Court of Canada, was not afforded the courtesy of a meeting or even a call” with the director of public prosecutions to make the company’s case, he wrote.

That sense of hauling out the big guns is cause for concern, experts say, and while a post-bench career for Supreme Court judges is becoming increasingly common because of demographic trends, the rules governing life after the Court are still catching up. The irony is that the very sense of authority and respect that makes it appealing to crow that you have the advice of a former Supreme on your side risks being eroded by the tendency to trot out a retired judge whenever someone feels like they need to flex some legal muscle.

What underpins all of this is a culture of “enormous deference” toward the Supreme Court, says Emmett Macfarlane, an associate professor of political science at the University of Waterloo. Canadians may disagree with certain decisions of the court, but there is a perception that when it decides, it is generally right, and has the weight of the Constitution behind it. “That carries over to the perceptions that the media conveys and Canadians broadly get about these people: they have these enormous intellects and they are almost a secular object of divine authority,” he says. “Not to lay it on too thick, but that’s the level of respect we’re talking about. I don’t think there are any other actors in our political system who carry that type of aura.”

That means there is cause for extra caution when it comes to the retirement work of Supreme Court judges, Macfarlane says, and their remuneration in part reflects that. “We pay Supreme Court judges enormously well,” he says. “And we give them very generous pensions with, I think, some expectation that by the time they turn 75 and are required to retire, they have limited the scope of the remaining of their career options.” (Puisne judges make $373,900 a year and the chief justice $403,800; in retirement, McLachlin, for example, has an annual pension of $270,266.)

MORE: How to change the channel on SNC-Lavalin? Let’s attack a judge!

Post-retirement work for judges was essentially a non-issue until recently. The mandatory retirement age of 75 for federally appointed judges would once have matched the end of most people’s working lives, but with longer lifespans and expanded careers, that’s no longer the case.

There has been a well-established tradition of retired SCC judges serving on commissions of inquiry or as private arbitrators, but those roles don’t raise the same potential problems as private practice. Lawyers are licensed by provincial law societies, so when a judge retires and wants to return to practice, they must reactivate their licence in the jurisdiction where they want to work.

Regulators have started to examine this. New Law Society of Ontario rules dictate that a former Supreme Court judge “shall not appear as counsel or advocate in any court, or in chambers, or before any administrative board or tribunal without the express approval of a panel,” which would only be granted in “exceptional circumstances.” Other provinces mandate a three-year cooling-off period. The Federation of Law Societies of Canada maintains a “model code” that attempts to standardize practices among its member organizations. It is reviewing a potential change to its rules, which currently state that a judge returning to practice must not appear before the court of which they were a former member, or an inferior court, for three years. 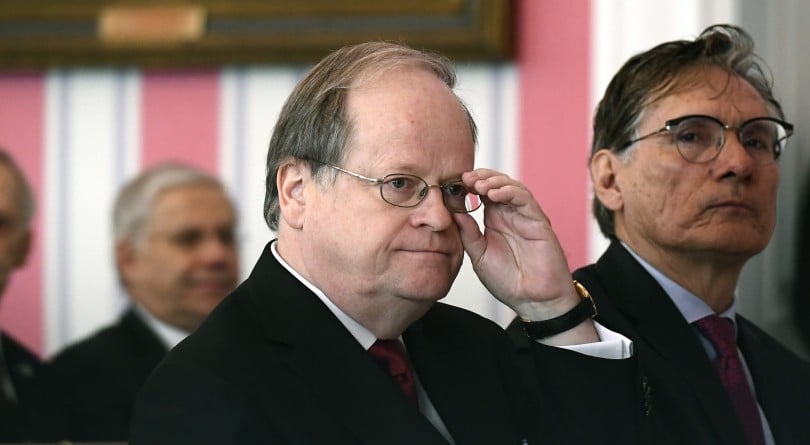 The Law Society of Ontario says that from January 2013 to last fall, 41 judges applied to have their law licences restored, though no one has applied for special permission to appear in court for “many years.” As for Supreme Court judges, Stephen Pitel, a law professor at Western University who has written on this issue, rhymes off the recent retirees who have landed at prominent firms: Ian Binnie at Lenczner Slaght; Morris Fish at Davies; Michel Bastarache at Caza Saikaley; Marshall Rothstein at Osler; Cromwell at Borden Ladner Gervais. Those are often mentorship or advisory roles. “It’s almost tipping into being the norm that an ex-Supreme Court of Canada judge will retire and go to a law firm,” he says.

The most obvious potential problems—and the ones that have received the most attention in updated rules—arise from the notion of former judges appearing in court to argue cases. A member of the public who found themselves in court facing a former Supreme Court judge might worry whether they were getting a fair shake because a former Supreme may hold more sway, says Amy Salyzyn, an associate professor who specializes in legal ethics at the University of Ottawa. “In Canadian law, we believe that public confidence in the administration of justice depends on perception,” she says. “So whether or not there is any bias or undue deference from a judge or jury, there’s still a concern.”

Salyzyn believes former SCC judges should be prohibited from practising law at all, because even if they never step foot into a courtroom and only do behind-the-scenes legal work, they still carry the power and prestige of their former role.

There are limitations on how lawyers can market their services; the model code forbids any advertising “suggesting qualitative superiority to other lawyers.” But just because a former Supreme Court judge’s CV cannot be marketed explicitly does not mean someone is not choosing to retain that status, Salyzyn says. “The concern is that part of what clients are buying when they ask retired Supreme Court judges to do work is that [ex-]judicial imprimatur,” she says. “Being a former Supreme Court judge is obviously something they should be extremely proud of, but it shouldn’t be a commodity.”

In 2013, the president of a construction industry lobby group penned a column for the Huffington Post that perfectly encapsulated that “How do you like them apples?” mentality. The issue was Bill C-377, which opponents called union-busting and proponents positioned as a boost to transparency. In the column, Merit Canada’s president, Terrance Oakey, responded gleefully to Ken Georgetti, president of the Canadian Labour Congress, who declared that supporters of the bill could not find one constitutional expert who agreed it was sound. The lobby group was “pleased to report” that Bastarache had provided them with exactly that input. “Will an opinion from a retired Supreme Court justice be enough for Mr. Georgetti?” Oakey wrote. The bill became law.

The current “dancing in a grey zone” risks undermining the authority and neutrality of the Court if the actions and involvements of retired judges cause people to question their decisions while they still sat on the Court, he says. “There is this mutually contradictory thing going on where politicians want to benefit from that aura, and at the same time, by doing so, they are risking damaging it,” he says.

Adams notes that in the news coverage of the SNC-Lavalin affair, the three former Supreme Court judges tangentially involved were often identified not by name, but by that designation. “That starts to sound like former Supreme Court of Canada judges are available for some of the most important and politicized legal work in the country,” he says. “I think we are stumbling into that world, rather than thinking cautiously about it and its impact.”