Ten things that slipped under the radar in Budget 2019

Ottawa builds a bridge, kills a bridge and goes to Dubai 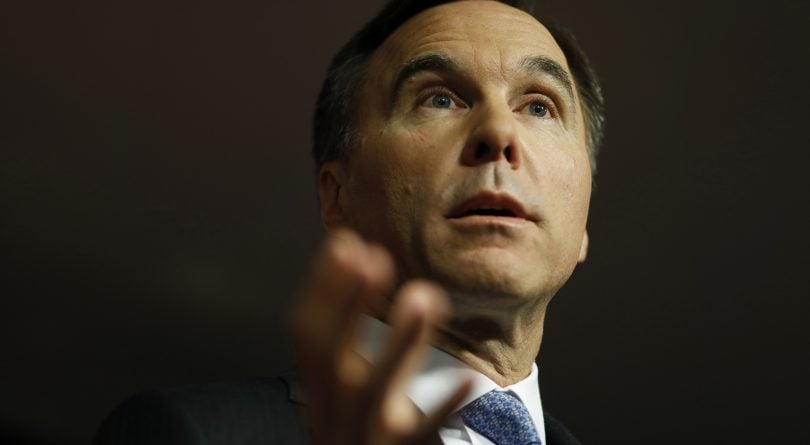 The federal government spent $250 billion on programs between April 2018 and January 2019, so it’s easy to overlook smaller dollar amounts that could be easily be dismissed by number crunchers as rounding errors. Let’s not lose the (expensive) forest for the (still costly) trees — here are 10 budget items that are worthy of note, but likely won’t make huge headlines.

Canada’s newest Canadarm: The feds announced the “Canada Reaches for the Moon and Beyond” program on a day recently when they really could have used a good news story, but instead were swamped by coverage of the SNC-Lavalin scandal. Budget 2019 confirms the Liberals hope to spend $209 million on a “smart robotic system,” and a third-generation Canadarm, that will work its magic on a future Lunar Gateway.

Millions to kill a bridge: Once the brand-new Samuel de Champlain bridge replaces its older namesake across the St. Lawrence River into Montreal, the crown corporation that manages the old span will spend $426 million over six years to destroy it.

Millions to build a new bridge: Meanwhile, a few days’ sail through the Great Lakes and into the Detroit-Windsor region, Ottawa will fund the management of the Gordie Howe International Bridge project to the tune of $157 million over the same period.

Railways to polar bears (and an Arctic port): On page 295 of the budget, a table reveals a $10 million commitment to restoring rail service to Churchill, Man., served by the Hudson Bay Railway Company (and thanks to financing provided by Export Development Canada).

Greyhound gone: In the absence of the former intercity transit giant, which ceased operations in western Canada last year, the feds will spend $15 million over three years to “allow for service to affected communities to continue where no other service provider has emerged.

INAC no more: The government already split the cabinet positions that oversee Indigenous and Northern Affairs Canada. The ministers of Crown-Indigenous relations and Indigenous services will soon oversee their own ministries. The cost: $175 million over six years.

Pipe dreams: There’s now a price tag for the relaunched Trans Mountain pipeline consultations with Indigenous people. After the courts ordered the government to conduct “meaningful” conversations with communities in the expanded pipeline’s path, the government committed $55 million over two years to that end (some of which will be cost-recovered from industry).

Dubai-bound: Did you know Dubai is hosting a World Expo in 2020? The feds are planning to spend $40 million over four years to use the occasion to “showcase Canada as a destination for trade, investment, tourism and culture to a large international audience.”

Prosecutorial dependence: As the Public Prosecution Service of Canada (PPSC) asserts its independence in the wake of the SNC-Lavalin scandal, the embattled government response was to commit $89 million to the PPSC to “support the continued fulfillment of its responsibilities to carry out the prosecution of criminal offences under federal law.” There, that should fix it.

Show, not tell: On page 296, a table reveals $1.9 billion over six years the government intends to spend—but on what, the document’s authors won’t say. The only hint is the measures “would include provisions for anticipated Cabinet decisions not yet made and funding decisions related to national security, commercial sensitivity, collective bargaining and litigation issues.” Stay tuned.