The 338Canada post-election report: We called it

Philippe J. Fournier: In every region the 338Canada projection was on the mark, and correctly identified the winner in 299 of 338 districts 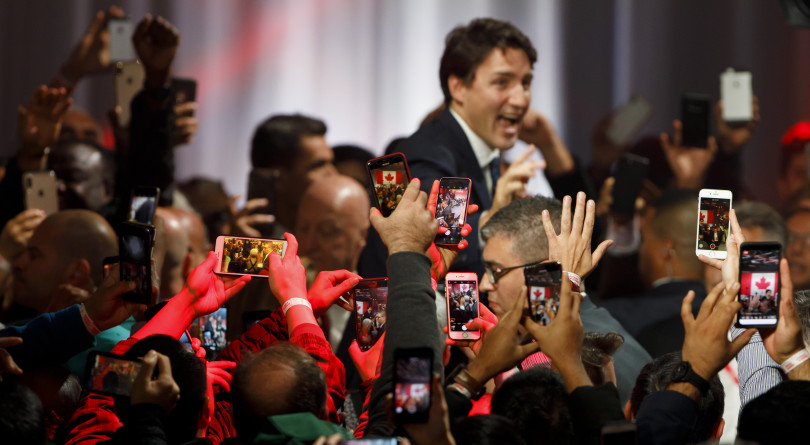 Here is a brief post-mortem of last night’s election results compared with the final 338Canada federal projection. I say “brief” for two reasons: 1) I wish to wait until all the numbers are official before diving into individual districts; 2) I badly need some sleep.

Individual ridings aside, it is (almost) always a safe bet to trust the averages. And, as you will see below, the averages were pretty darn good.

But before we look at the regional results, let’s take a look at the hit and miss rate by projection labels. The 338Canada model classifies all district projections in four labels: Safe, Likely, Leaning and Toss up:

Let’s take a look at the regional projection, from east to west.

In the following graphs, the coloured numbers and bars represent the seat projection averages and confidence intervals, respectively.

As you can see below, the Atlantic projection was almost spot on. The model had the Greens competitive in Fredericton, but not as the favourite (it was projected as a CPC toss up). 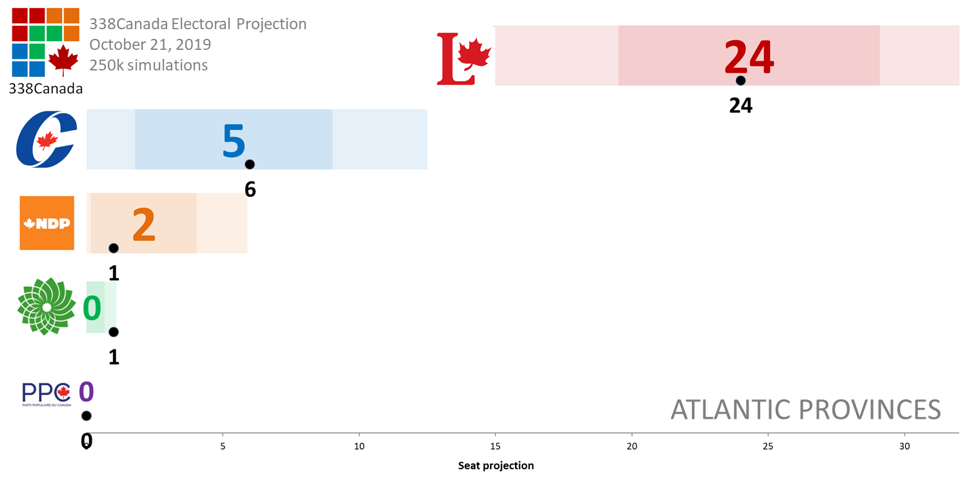 The Quebec projection was also very close, although it was expected that Maxime Bernier would win his seat of Beauce. He lost by 8 points against Conservative candidate Richard Lehoux. 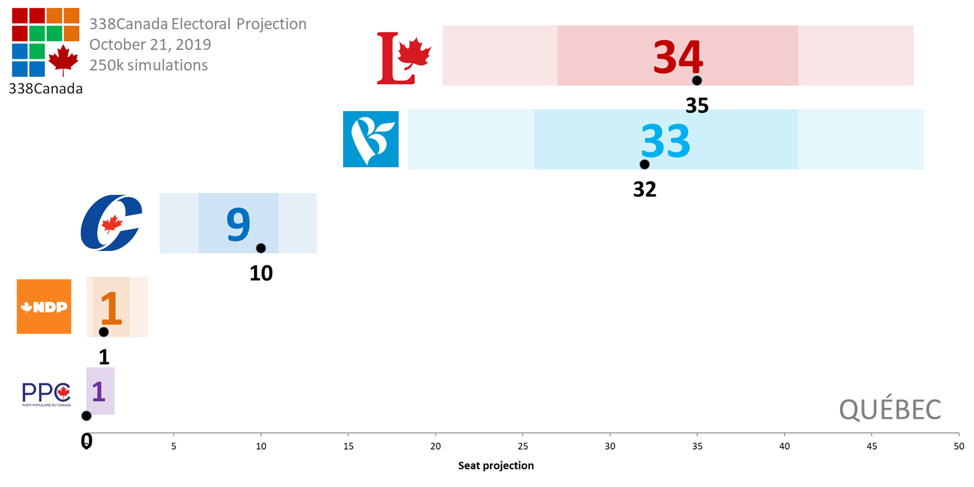 In Ontario, the model’s average overestimated the NDP and underestimated the Liberals. All considered though, every party projection was still pretty close to the averages. 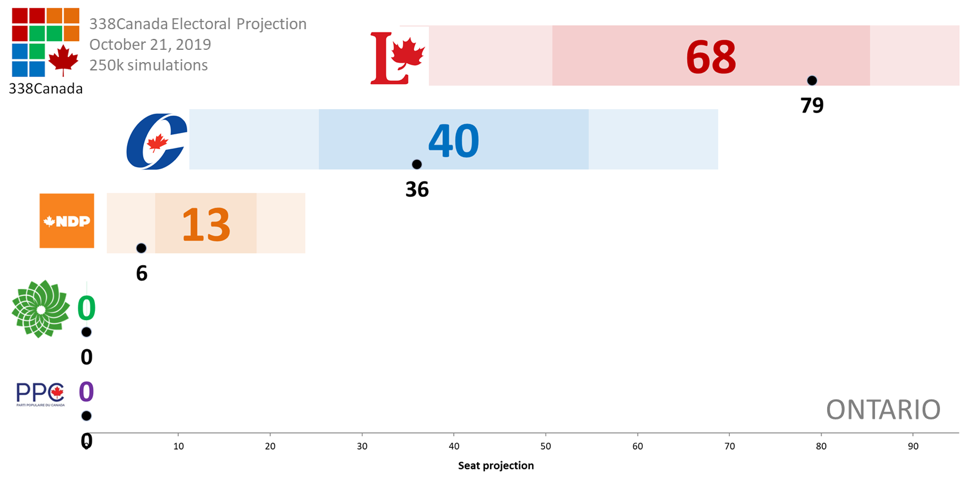 In the Canadian Prairies, although some individual ridings were missed, the overall projection was spot on (trust the average!): 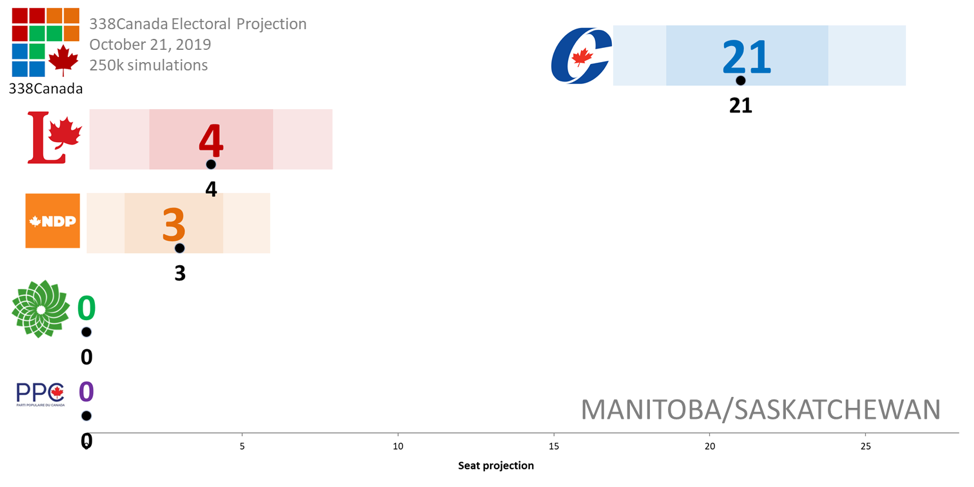 Although Alberta was not too difficult to analyze, the final projection was also right on the mark: 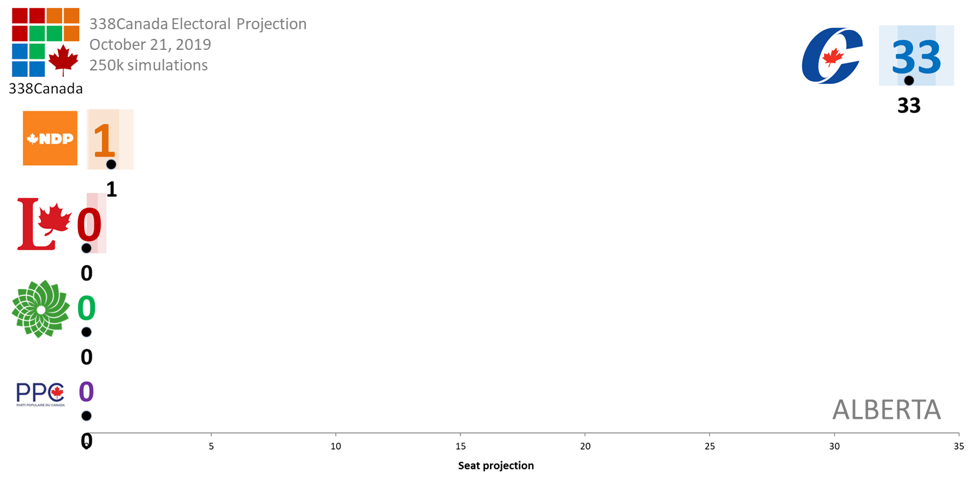 Finally, the most enigmatic province turned out not so bad for the model. All seat projections were within a few seats from the actual results. 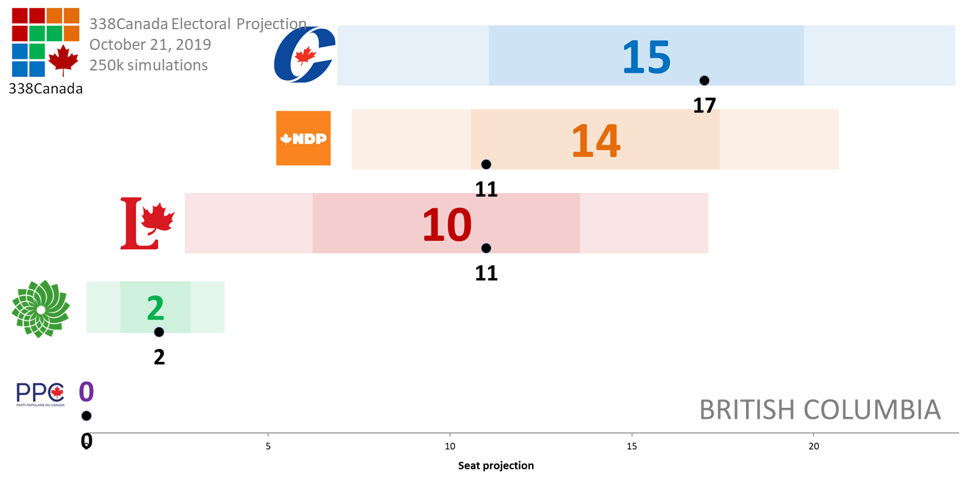 Up north, the Liberals were correctly identified as the winner in Yukon and the Northwest territories. Nunavut elected its NDP candidate and was missed by the model (although it was projected as a toss up). Moreover, the Green Party of Canada was significantly overestimated in the North.

Overall, the Liberals fed off a weaker than expected performance from the NDP. The Conservative, Bloc and Green projections were all fairly close to the final results: 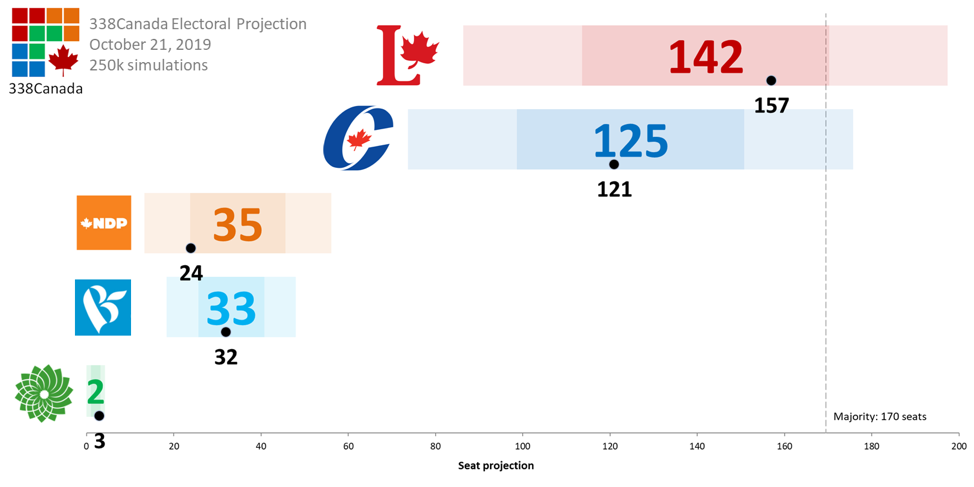 More analysis of the results will be come soon. Despite the lack of sleep and overall exhaustion of the past two months, I simply cannot be unhappy this morning. The 338Canada model fared well. Hard work (and yes, a little luck) has paid off.