The agriculture sector asked for $2.6 billion. Here's what it got.

Politics Insider for May 6: This economic downturn is a she-cession, a firearms petition explodes out of the gate and Leslyn Lewis makes a charge 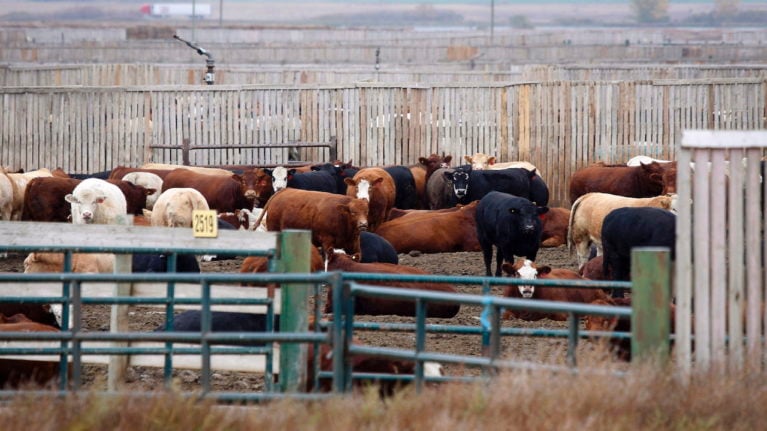 And on the 45th day of prime ministerial press conferences, the stimulus-du-jour was $250 million for Canada’s agriculture sector. Justin Trudeau announced the aid, which includes $77 million for personal protective equipment and $125 million to help beef and pork producers pay the bills in the face of substantial meat-processing backlogs. (Read the PM’s full remarks.)

If you believe the Canadian Federation of Agriculture, the new money only adds up to 10 per cent of the $2.6 billion the sector needs to survive the pandemic. Camille Labchuk, the executive director of Animal Justice, called out the bailout for saving companies that she says don’t deserve the help—and, to illustrate her point, she called up the financial statements for Cargill that show the meat-processing giant made $2.5 billion last year.

She-cession: Early on in the coronavirus-induced economic shutdown, Armine Yalnizyan warned the fallout would disproportionately affect women. The shuttered workplaces included schools, daycares, personal services, retail and hospitality—all, she says, “she-dominated” or “she-skewed.” Mike Moffatt, another economist and senior director at the Smart Prosperity Institute, sketched out the major differences between the current downturn and the Great Recession.

“It was mostly men that lost their jobs after the financial crisis, due to the impact the recession had on construction and manufacturing,” Moffatt wrote on Medium on May 1. Not so much this time ’round. “So far what we’re seeing is a service-sector recession affecting women, rather than the goods-sector recession affecting men of the previous recession.” Yalniyzan says there “is no recovery without a she-covery.” Economists expect to find hard evidence in this week’s labour force survey, released by Statistics Canada on Friday.

Conservative MP Michelle Rempel Garner launched an e-petition on firearms yesterday at 9 a.m. ET. The gun rights-toting undersigned officially urged the Liberals to drop their recent prohibition of 1,500 “assault-style” firearms. This was no ordinary petition. By lunchtime, 9,000 people had added their names. By 4 p.m., that tally soared past 20,000. As you read this, those numbers will likely look small.

The Canadian Press interviewed Caroline Maynard, the information watchdog who oversees government transparency. Maynard said she told Treasury Board President Jean-Yves Duclos the feds should “pro-actively disclose more information about Ottawa’s efforts to deal with the effects of COVID-19.” She also dismissed the notion that some departments haven’t embraced digital tools for information disclosure as “ridiculous.” Indeed, your newsletter correspondent has been told to expect huge delays with access-to-information requests—though more departments are slowly moving to send responses by email.

CBC News’s Éric Grenier crunched the numbers on Tory leadership donations. He found that Peter MacKay was out in front, Erin O’Toole is a solid second, and Leslyn Lewis edged out Derek Sloan for third place. [record scratch] Leslyn Lewis? That’s right, the Toronto lawyer may not have won an election yet, but her $448,000 in donations prove she’s no fundraising slouch.

A senior Conservative source, meanwhile, told the Hill Times that the party wants to have a new leader in place by Labour Day.

iPolitics dove into Ottawa’s lobbying circuit for the month of March and found Heart and Stroke Canada was most active, thanks to a two-day flurry of meetings and 62 total communication reports.

Virtual meetings of MPs offer nearly endless set-dressing entertainment for Commons geeks. Eagle-eyed observers will note that Trudeau sat at a different angle this week, revealing a whole different set of books for viewers to annotate. The National Post‘s Christopher Nardi noted the appearance of two cowboy hats atop the shelf. A little birdie who hails from Calgary messaged us to point out the hats broke some etiquette: laying them brim down is verboten (lest all the luck runs out).

Speaking of parliamentary backdrops, many of you weren’t shy about guessing the title of the book on Tory MP Tom Lukiwski‘s desk as he chaired the government operations committee. The most popular submission was John Ivison’s The Education of a Prime Minister. Maclean’s called Lukiwski’s office for the final word, and it turns out he’s reading—surprise!—a fiercely critical take on Justin’s dad: Bob Plamondon’s The Truth About Trudeau. A single reader, Kim O’Dell of Medicine Hat, Alta., knew the answer. Bragging rights!