Like his father before him, MacKay showed how deferring to one’s superiors is a fantastic way of gaining and retaining power 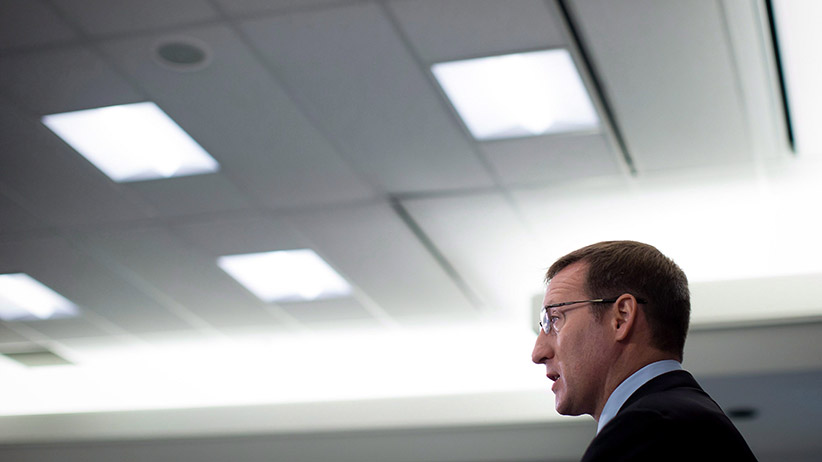 In 1983, Brian Mulroney needed a place to sit. The new leader of the Progressive Conservative Party of Canada had much rebuilding to do, certainly in his native Quebec, where the party was reduced to one MP in the previous election. Thankfully for Mulroney, Elmer MacKay was happy to oblige. In 1983 he stepped aside from his perch in Central Nova, a riding he had held since 1971, to give Mulroney entrance into Parliament.

Long story short: the elder MacKay returned to politics in 1984, and spent the rest of his political life as a cabinet minister charged with mostly mid-level portfolios. Elmer MacKay’s political career is testament to an unfortunate if crucial political truth: regardless of one’s talents, political legacy is directly dependent on that of one’s boss.

Ideologically, anyway, Peter MacKay was very much in the mould of his father when first elected in 1997. He’d been a Crown attorney in a largely rural swath of Nova Scotia; not surprisingly, his early interventions in Parliament were about the necessity of stronger drunk-driving laws. He criticized the Liberal government for its supposed lack of support for the country’s law enforcement agencies. And in contrast to the horde of western populist Reform MPs first elected in 1993, he had a decidedly laissez-faire attitude to gay marriage. The middle of the road was designed for politicians like the 2000-era vintage Peter MacKay.

Yet if he inherited his ideological bent from his father, MacKay also learned that deferring to one’s superiors is a fantastic way of gaining and retaining power. Though he swore he wouldn’t dare sully the proud Progressive Conservative brand with the holy-roller Reform types from out west, MacKay did just that in 2003. The reason came down to simple math. In 2000, that slapdash incarnation of the Reform party known as the Canadian Alliance won 66 seats to the PC’s 12—only two of which were located west of Quebec. Only a merging of the two parties could put an end to the Liberal hold on government, differing ideologies be damned. That’s the thing about being middle of the road: no one much notices when you swerve right.

“Clearly what we need is a national conservative party capable of winning, capable of coherent, effective policies,” MacKay said at the time. The Canadian Alliance effectively swallowed the Progressive Conservative party whole. As if this wasn’t obvious enough, among the first orders of business for the nascent party was to lop off the pesky “progressive” prefix to its name.

Elmer MacKay retired as the minister responsible for Canada Mortgage and Housing Corporation, the political equivalent to watching paint dry. The younger MacKay fared much better, and will waltz out of politics as the minister of justice after a long run of equally high-profile cabinet positions. Part of this was his role in making Stephen Harper the Prime Minister in the first place. As David Orchard put it to me, “MacKay handed over the colours, name and history of the Progressive Conservative party, and was handsomely rewarded for it.” Yet MacKay never would have survived this long if he hadn’t held strong to his father’s adage of padding the boss’s political legacy. And has he ever.

As foreign affairs minister, MacKay was among the most virulent critics of China—not because of China’s human rights record, mind you, though this was a good fig leaf, but because China is a communist country. MacKay further championed the Conservative government’s scrapping of the country’s long-gun registry.

He at once tempered his loud, almost comical aversion to marijuana use—lumping in occasional pot smoker Justin Trudeau with serial crack smoker Rob Ford, for example—with a less-than-loud admission that softer marijuana laws might be a good thing.

Like Harper, MacKay favoured a “tough on crime” approach, even as our southern neighbour was realizing the 30-year folly of jailing everything that jaywalked. He arguably toughened prostitution laws once the Supreme Court deemed Canada’s existing legislation governing sex workers was unfair.

In short, Peter MacKay has been everything he wasn’t at the outset of his career. A ruthless pragmatist, he went along with, and often led, the rightward shift of his own party if only because it kept him in power. In this light, the timing of his resignation is telling. Elmer MacKay knew when to get out, having resigned in the months before the 1993 election that saw the Progressive Conservatives reduced to two seats. You have to wonder whether MacKay the younger is reading from the same tea leaves.