The Bloc Québécois, on the coattails of the CAQ

Philippe J. Fournier: A 338Canada analysis shows it was the Bloc—not the Conservatives—that did best where the CAQ had dominated last year 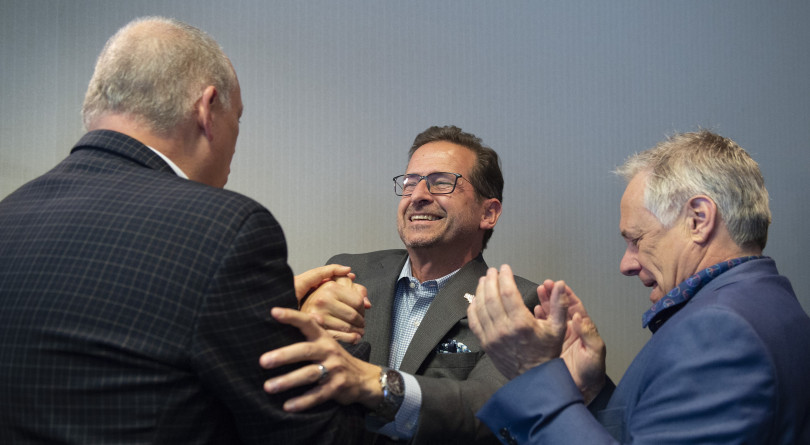 Over the past half-century, and even more so since the arrival of the Bloc Québécois at the House of Commons in the early 1990s, politics in Quebec has been fractured along the “question nationale“—on one side those who either want more autonomy or even outright separation from Canada, and on the other those either content with the status quo and/or for a Canadian national unity that includes Quebec.

François Legault’s CAQ victory in the 2018 Quebec provincial election at first appeared to be a clean break from those divisions that monopolized Quebec politics since the Quiet Revolution.

But not so fast. Soon after its arrival to power, the CAQ began enacting its nationalist agenda, to the pleasure of its electoral base throughout francophone Quebec (the CAQ currently holds 75 of the Quebec National Assembly’s 125 seats, including 72 of 92 outside of Montreal and Laval), and with the Quebec Liberals in rebuilding mode, the CAQ electoral fortunes in the next election cycles will depend on its ability to please Quebec nationalist voters and to keep Parti Québécois supporters and Quebec sovereigntists sufficiently happy.

The Bloc Québécois resurgence in last month’s federal election certainly appeared to ride on the coattails of François Legault’s popularity—including, but not limited to, the ardent defense of Bill 21, the much debated law on religious garments for public employees in positions of authority.

By comparing the result maps of both elections, we notice that the Bloc did especially well in many regions where the CAQ dominated last year.

What does the data say about federal and provincial alignments in Quebec? Let’s take a look at a few graphs:

For instance, here are the results from the federal Liberals vs the Quebec provincial Liberals: 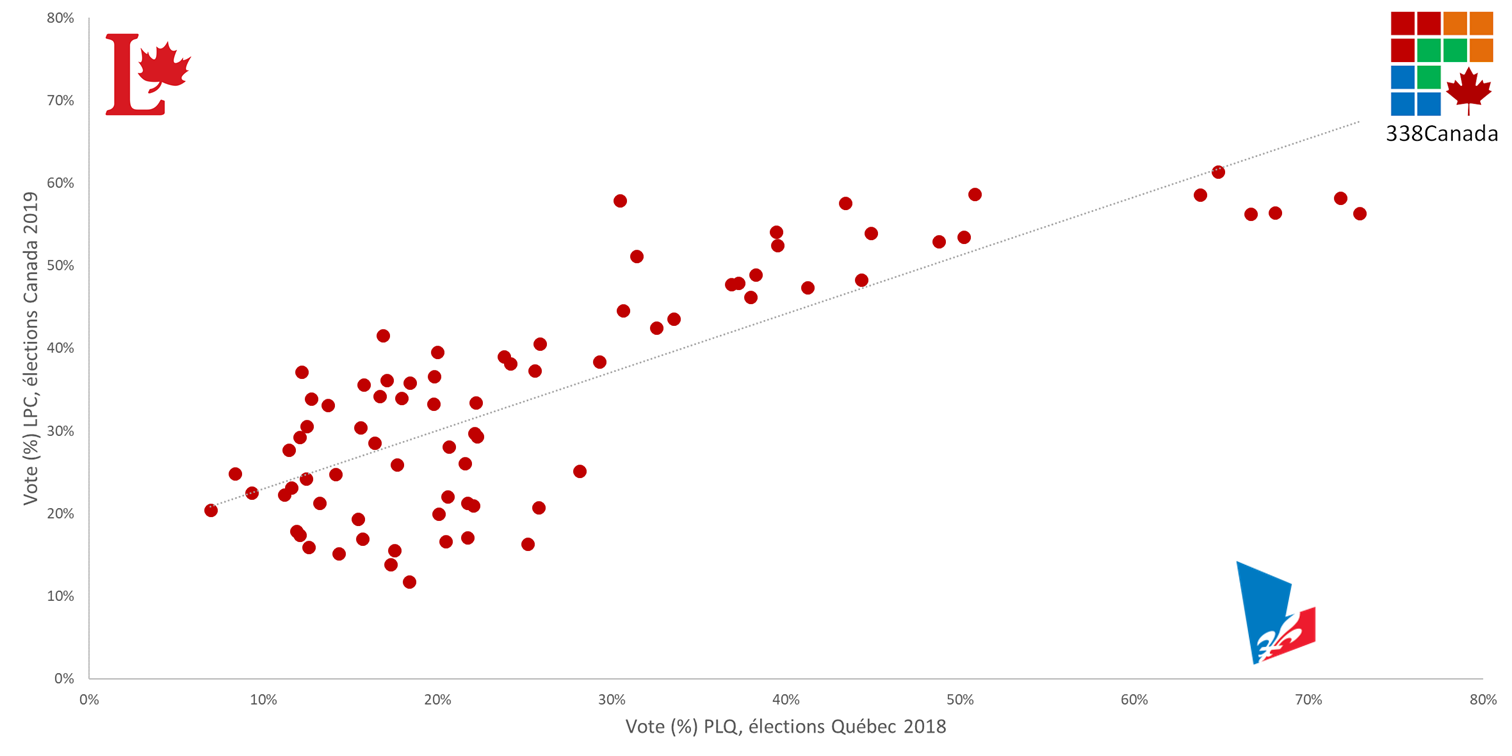 Unsurprisingly, we see a close relationship between the two parties’ levels of support: where the provincial Liberals receive high support last year (mostly in Montreal and Outaouais), the LPC performed well also (and vice-versa).

We notice a similar correlation between the Bloc Québécois and the Parti Québécois, two parties that also generally draw support from the same pool of voters: 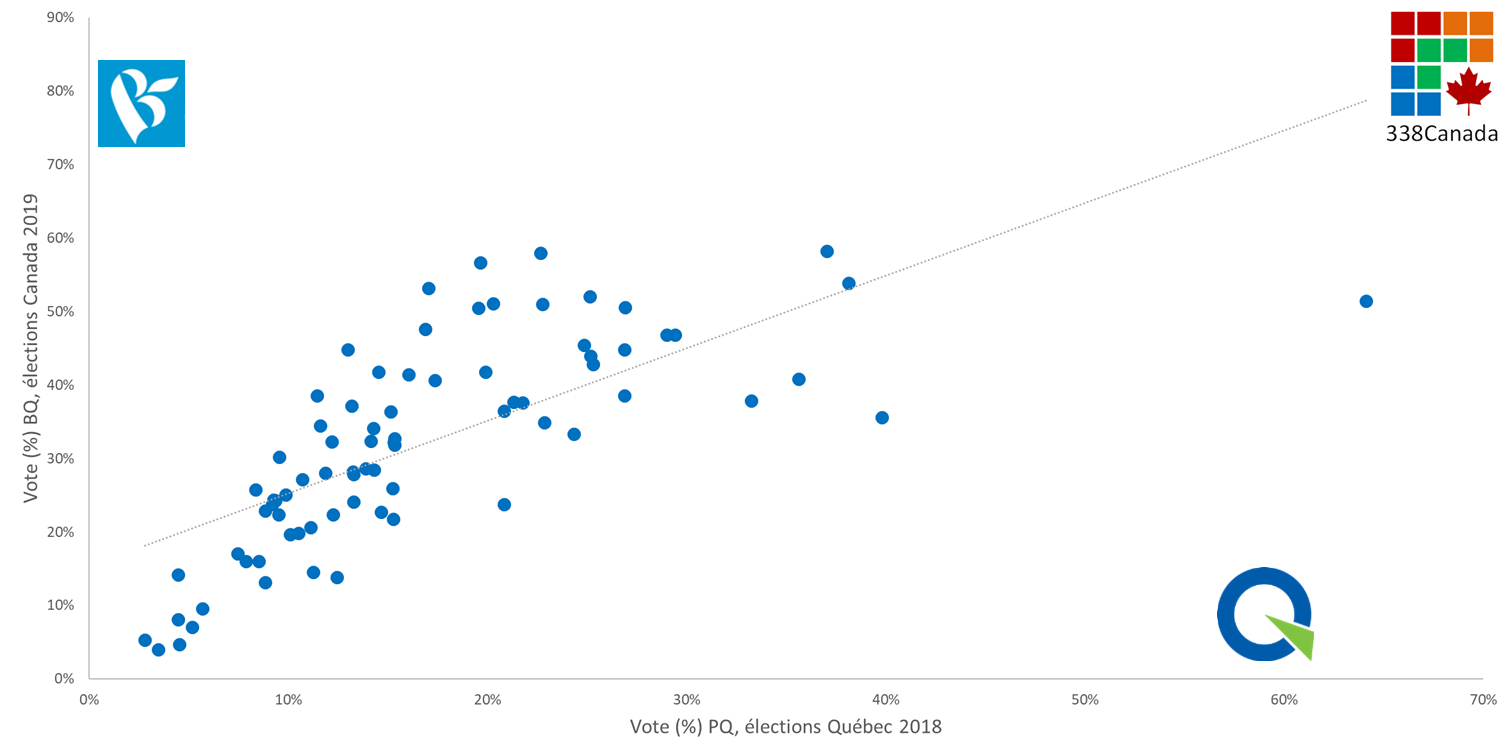 Even though the PQ stumbled to a mere 17 per cent of the vote last year, the regions where it did receive a high share of the vote were also fertile ground for Yves-François Blanchet’s Bloc Québécois this fall.

As for the Conservatives, after the CAQ victory and even more so as the SNC-Lavalin affair was unfolding in the spring, the CPC was hopeful it could make significant gains in the province. Consider the following graph: 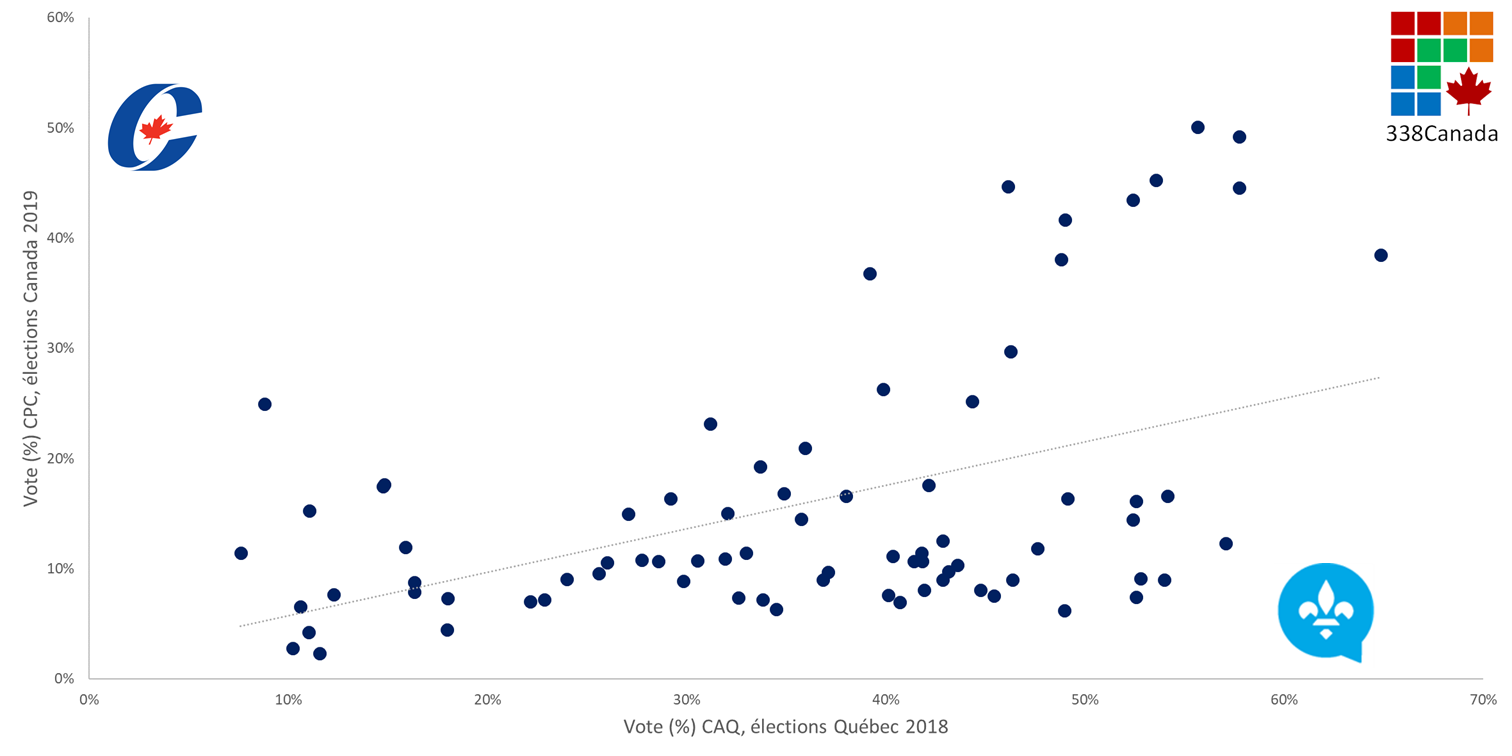 The dots on the upper right corner are those in Quebec City, where both the CAQ and CPC won a significant share of seats. However, the correlation stops there, as several dots on the lower right are Montreal suburbs, where the CAQ dominated and CPC’s results were abysmal. 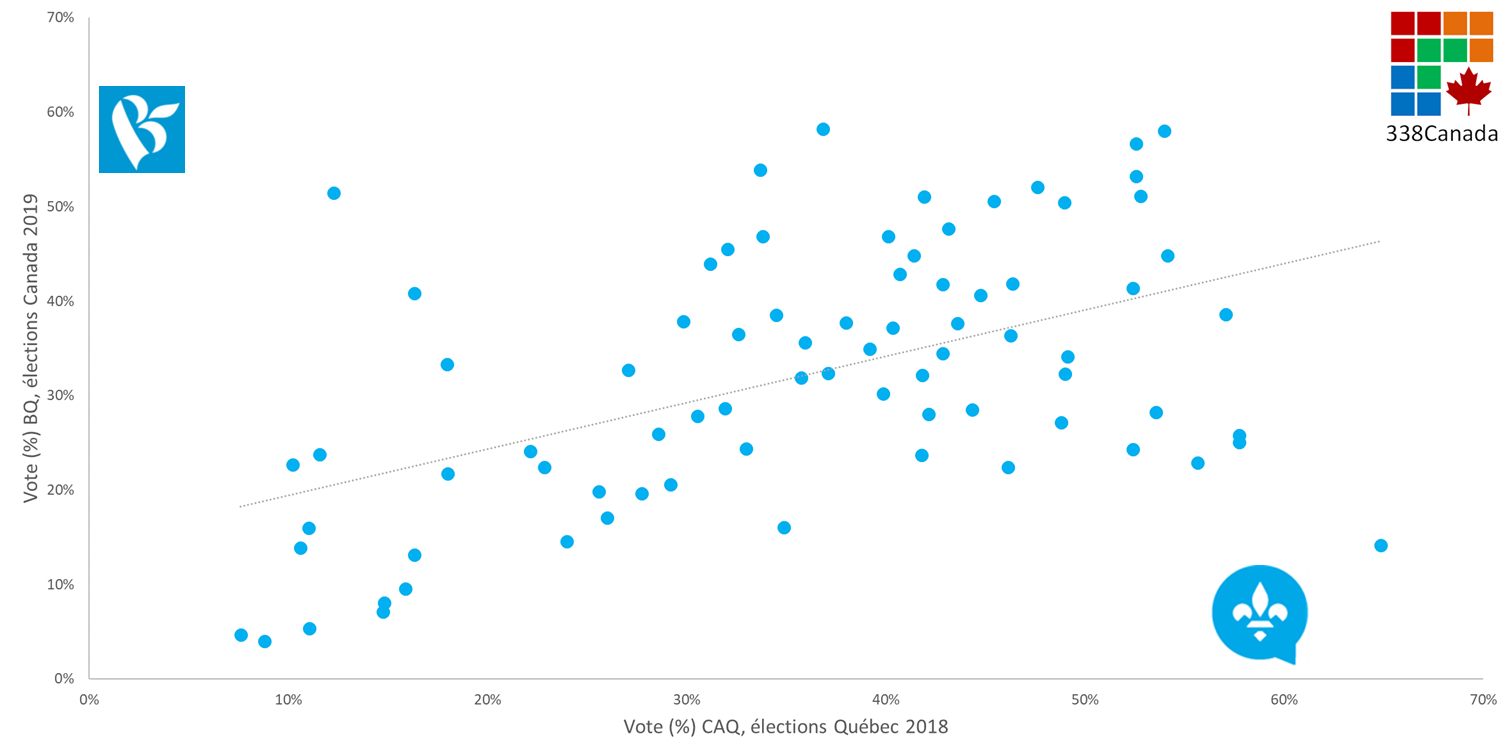 The correlation between support for those two parties is not as clear-cut as in the Liberal or BQ-PQ graphs, but we still see a broad and general trend: the BQ performed best where the CAQ had also done well last year (the outlier in the lower right corner is Beauce, where the CAQ dominated provincially, but where we saw a CPC-PPC race at the federal level).

This 43rd federal legislature will mark the first time the Bloc Québécois is heading to Ottawa as an official federal party without a clear mandate from its voters to promote Quebec independence. The CAQ’s growing popularity since its election victory last year has forced the BQ to change its main narrative: although several BQ supporters do remain staunchly sovereigntists, that base of voters alone was not enough to win more than a dozen federal seats this fall (if that).

By aligning its campaign closer to the CAQ, the BQ also received significant support from Quebecers in favour of greater autonomy within Canada, but who are not interested in either reviving or revving the engines of the sovereignty movement. We shall soon see how Yves-François Blanchet handles this juggling act.