The Butts testimony: Have I mentioned the 9,000 jobs?

Paul Wells: Someone close to the PM finally explained their thinking around this scandal. It revealed a political operation whose judgment was hard to admire. 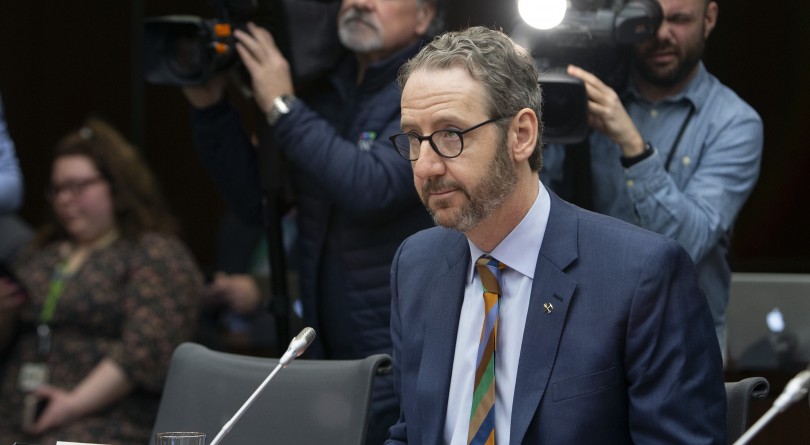 I see no reason to disbelieve any part of Gerald Butts’s testimony at the justice committee this morning. And it’s worth noting that he was at pains not to cast aspersions on Jody Wilson-Raybould, Jane Philpott or any other character in this drama.

The Prime Minister’s former principal secretary offered real insight into the workings of this government; refused to talk, in systematic ways, about specific elements of the former attorney general’s testimony; and described a political operation whose judgment was, at important moments, hard to admire in retrospect.

Here’s what stood out to me.

The Prime Minister’s lead instruction to his staff was to save “thousands” of jobs. His “clear direction” to both political staffers and the public service “was to make sure the thousands of people whose jobs were—and, it bears repeating, are—at risk were at the forefront of our minds at all times,” Butts said. If “anything” could be done to protect “those innocent people,” that option should “be given every due consideration.”

Does it seem to you that I’m depicting those two imperatives in a way that makes it seem the jobs were more important to Butts and his colleagues than the prosecutor’s independence? Well, I’m stuck with the material. Check out the very next thing he said. “So, it was and is the attorney general’s decision to make. It would, however, be Canadians’ decision to live with. [My emphasis — pw] Specifically, the 9,000-plus people who could lose their jobs, as well as the many thousands more who work on the company’s supply chain.”

I read this as Butts saying they were being careful to protect the AG’s right to be catastrophically wrong and ruin thousands of people’s lives. The weird tedious Cape Breton theatre Butts indulged in throughout his appearance—look, I’ve testified before a parliamentary committee, and I didn’t turn it into Sarnia Reminiscences Hour—was part of this. I come from a land too well acquainted with grief, he seemed to be saying. I don’t know why this fancy-pants AG from Vancouver was deaf to the voices of the precariously employed.

Wilson-Raybould has testified that, when informed on Sept. 4 that public prosecutor Kathleen Roussel had decided to prosecute instead of negotiating a DPA, she “immediately put in motion… a careful consideration and study of the matter.” By Sept. 16 she had decided “that it was inappropriate for me to intervene in the decision of the director of public prosecutions.”

Butts finds it impossible to believe such a review could have been concluded in 12 days. He believes no decision could be final until “a verdict is rendered.” He is, in fact, amazed to learn that Wilson-Raybould thought her final decision was… a final decision. He would prefer—he thought it was the case that—any decision to go to trial would not be final even after the trial had begun, or indeed, at any point until the end of the trial. There would, in this analysis, be nothing inappropriate about the finance minister’s chief of staff checking in with Wilson-Raybould on the possibility of hoisting the SNC-Lavalin trial, say, today or this coming November or next Easter.

This takes us to the cabinet shuffle that ended with Wilson-Raybould being moved to veterans’ affairs. We don’t flatter Butts if we take him at his word here, for he describes some very shaky political thinking.

Scott Brison tells Butts and Katie Telford on Dec. 12 he’s leaving politics. With what I have learned is comically characteristic insouciance, they assume a grown man does not believe the simple sentences coming from his mouth, and they spend the rest of calendar year 2018 in denial. Brison comes back from Christmas break and it turns out he meant what he said. So now they have to rush a cabinet shuffle they could have considered at leisure.

They need a strong minister at Treasury Board. It can only be Jane Philpott. But she leaves a serious vacancy behind her, at Indigenous Services. Any number of “capable people and experienced lawyers” could handle Justice, but Wilson-Raybould is “perhaps [the] only” one who can handle Indigenous Services, so Trudeau offers it to her. [UPDATE: I’ve edited this paragraph and the next, to better reflect Butts’s testimony – pw] And she says no. Because she’s Indigenous, and the operating assumptions behind Indigenous Services are Indian Act assumptions, and she’s spent her life opposing the Indian Act. “Frankly, I should have thought she would say” that, Butts admits, but he’s amazed she would turn down any new assignment, and he and Trudeau quickly decide she must be given another post, pour encourager les autres. So she gets Veterans’ Affairs, after Seamus O’Regan vacates it.

Wait. What? Indigenous Services is the Prime Minister’s personal highest priority. And Seamus O’Regan—a broadcaster with two political science degrees who’s fleeing Veterans’ Affairs before its stakeholders chase him out—is the man for the job?

As I say, you don’t even have to disbelieve any of that to be unimpressed.

But perhaps the most striking thing about Butts’s testimony was his repeated refusal to answer MPs’ repeated questions about Wilson-Raybould’s repeated assertions that a cavalcade of PMO and other staffers, and the Prime Minister himself, warned her repeatedly that Liberals would lose their jobs in elections because of her decision.

That’s important because of this passage from the Trudeau government’s version of the Open and Accountable Government ethics handbook, which the Prime Minister invited every minister to read and take to heart when this government came to office. At section F.5 of that document, we can read the following. “The Attorney General and the DPP are bound by the constitutional principle that the prosecutorial function be exercised independently of partisan concerns.”

The words that leap out at me from that sentence are bound, constitutional and partisan. The first means that as soon as partisan calculations enter the picture, they are bound—they no longer have any choice. The second elevates this consideration above merely routine or even legal considerations, to the highest plane of our law: that of constitutional principle. And the third is the tripwire. You cannot warn the attorney general of Liberal losses without binding her to protect the prosecutor’s independence.

So did they? Well, it’s the damnedest thing, Gerry Butts can’t tell you. He has no correspondence with the people concerned, he wasn’t there when Wilson-Raybould claims they said these things, he is pretty sure they would never say such things. But it’s a black hole. Sorry.

Oh, and when Butts was asked where his 9,000 jobs figure came from, he could provide no evidence. This is the puff of smoke one often notes from advocates of so-called evidence-based policy-making.

Taken together, Butts’s testimony adds up to a portrait of a governing inner circle that would not ever take a “no” from a director of public prosecutions as final. They would not ever take Jody Wilson-Raybould’s refusal to correct the prosecutor as final. They could not believe an important decision could be made in a week and a half. They could not, themselves, manage a cabinet shuffle in a much longer span of time, except by making a mockery of its central strategic imperative. And they can provide no evidence for the jobs claim that, to this day, Gerald Butts still uses to browbeat anyone who would disagree with the government’s behaviour throughout this saga.

This was Team Trudeau’s best day since the saga began, because at least it featured somebody close to the Prime Minister speaking in complete sentences in a setting outside a campaign rally or a space-exploration news conference. I still found very little of it encouraging.