The calm hand of Marc Garneau

Whether his new post is a prime opportunity or a headache in the waiting, Garneau's surprise move to global affairs is a vote of confidence in his steadiness 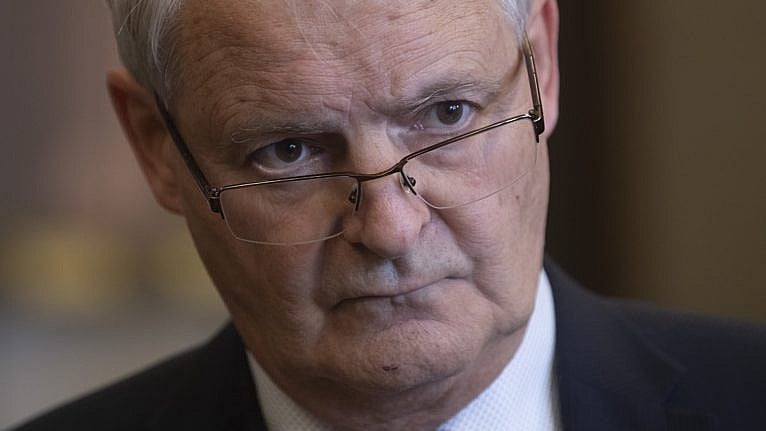 Garneau listens to a reporter's question following an announcement in Ottawa on Feb. 27, 2020 (CP/Adrian Wyld)

Foreign affairs is traditionally viewed as one of the most high-profile and consequential posts in the federal cabinet. But at the moment, there is room to wonder whether it’s also an albatross in waiting.

On one hand, a sane and steady new American administration led by President-elect Joe Biden will be in charge before the milk currently in your fridge expires. On the other, the China file and the intractable predicament of Canadians Michael Kovrig and Michael Spavor, imprisoned for more than two years in retaliation for the arrest of Huawei executive Meng Wanzhou, is not a problem that is getting any easier to solve.

But seen through either lens—sterling opportunity or international headache in waiting—Marc Garneau’s elevation to foreign affairs minister on Tuesday is a vote of confidence in his abilities; he’s either an understated veteran being rewarded with a high-profile post or a steady hand asked to mind a volatile wheel.

Garneau’s move from transport minister came in a surprise cabinet shuffle precipitated by the decision of Navdeep Bains, formerly minister of innovation, science and industry, to retire from politics to spend more time with his family. On the day he was sworn in over Zoom as foreign affairs minister, Garneau drew links between the different facets of his new portfolio, vowing to work with the United States in an effort to free the so-called two Michaels, and to improve the traditionally close alliance frayed over the last several years by outgoing President Donald Trump’s combative impetuousness. “I believe very, very strongly that no bilateral relationship is more important than that of Canada with the United States and it will continue to be that way,” Garneau said.

Before launching his political career, he was a military man, engineer and astronaut. He graduated with an engineering degree from Canada’s Royal Military College before attending the Imperial College of Science and Technology in London on a scholarship, where he earned his PhD in electrical engineering in 1973.

Garneau served in the Canadian navy until 1983 as a combat systems expert, before a chance sighting of a Canadian government ad recruiting astronauts to fly on the U.S. space shuttle radically altered his career path. He logged almost 700 hours in space on three missions, in 1984, 1996 and 2000, and he was the first non-American to serve as capsule communicator, or CAPCOM, the voice that bridges Mission Control and astronauts in flight. The entire job is about being precise, serene and possessing a technical sort of empathy for what colleagues in space need to know and have relayed back to Earth. “If the frickin’ spaceship’s falling apart,” Garneau once told Maclean’s,“They want to know you are calm, reassuring: ‘You are going to get out of this.’ ”

After retiring as an astronaut, Garneau served as president of the Canadian Space Agency from 2001 to 2006, before making his first unsuccessful political bid in a different Montreal riding, two years before he was elected in Westmount-Ville-Marie in 2008. He ran against Justin Trudeau for the Liberal leadership, but dropped out of the race a month before the April 2013 vote, when he determined Trudeau’s victory was inevitable, saying he was a “loyal soldier” who would support the new leader. “You’re going to see my face around for a long time,” Garneau said at the time.

After the Liberals won their majority two years later, the Prime Minister named Garneau transport minister, a post he held until Tuesday’s shuffle. It was in that role, nearly two years ago, that Garneau sat on the dais at the front of the National Press Theatre and scared the bejesus out of people by being good at a job for which he was uniquely well suited.

Canada had belatedly joined a long list of countries grounding the Boeing 737 Max 8 after a second crash in five months killed 157 people, and Garneau was explaining new evidence about the airplane’s last moments in the air that had led to this decision. Authorities had discovered that the angle-of-attack sensors in the planes were faulty, leading the aircraft to erroneously sense that its nose was too high—an error that could stall its lift as it climbed after take-off—so that the auto-pilot software forced the nose of the plane down in an attempt to correct things.

“The pilot said, ‘It’s not too high,’ so he countered that,” the transport minister explained. “And then a number of seconds later, the…software kicked in again and tried to force it down again, and (the pilot) said, ‘No, no, we’ve gotta climb.’”

Saying that he was setting aside his politician role for a moment to don his “engineer’s hat” and astronaut identity again, Garneau illustrated this with one hand held out in front of him, angling down and then up, as he explained the battle between faulty sensors and a certainly terrified pilot. The gesture was like a child sailing one hand out the car window on a road trip, juxtaposed against facts that were viscerally horrifying, but as in his onetime role as the voice of Mission Control, he laid them out with calm precision.

Now, whether his new foreign affairs role is a plum post at the dawn of a new and more stable era in Canada-U.S. relations or hornet’s nest of intractable problems—or, most likely, a complex mix of the two—Garneau’s elevation to the portfolio is a vote of confidence in his steadiness.

For a man who used to be professionally calm, and who once described his own early political style as “wooden,” that’s not a bad fit.