The case for decentralizing power in the PMO

In conversation with Donald Savoie, author of What Is Government Good At? 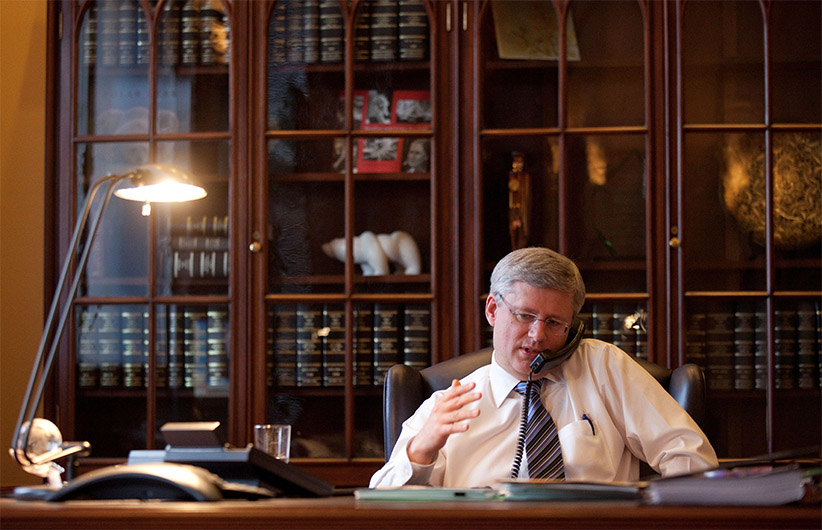 Pollsters who ask voters about their top-of-mind issues typically work from finite lists featuring bread-and-butter topics such as the economy, health care and Canada’s military missions. “Concentration of executive power” rarely appears, however pundits and frustrated backbenchers might pine for it. So we were struck recently by Justin Trudeau’s reference to the subject during his one-on-one interview with the CBC’s Peter Mansbridge. “One of the things we’ve seen throughout the past decades in government is the trend toward more control in the Prime Minister’s Office (PMO),” the Liberal leader said. “Actually, it can be traced as far back as my father, who kicked it off in the first place. And I think we’ve reached the end point on that.”

To be sure, concern for the health of Canadian democracy cannot be Trudeau’s sole motivation. Going down this path, after all, gets us thinking again about the Harper PMO, where—if evidence from the Duffy trial is any guide—certain officials have acted with high-handedness and impunity. Second, it reminds voters of Trudeau’s political lineage, while simultaneously making him appear to be his own man, able to make clear-eyed judgments about his father’s legacy.

But can he deliver on this noble-sounding promise? How should he go about it? And how did we get to this point in the first place? For answers to these questions, we reached out to Donald Savoie, professor of public administration at Université de Moncton, and all-round authority on governance in Canada. Savoie, whose book What Is Government Good At? just came out, is on the record lamenting the growing concentration of authority in the PMO.

Q: Trudeau says that his father, Pierre Elliot Trudeau, started this shift. Is that strictly accurate?

A: Yes, in modern government. That’s not to say Sir John A. MacDonald didn’t have power, but I would argue the last “cabinet” government we had was Lester Pearson’s. Trudeau was the guy who put in place the apparatus and the system to strengthen the hand of the prime minister.

A: He built up central agencies. He built up the Prime Minister’s Office, and it was all deliberate. He made it very clear that he thought departments were fiefdoms and the government couldn’t move them. So he decided to centralize power to act as a kind of counterbalancing force, putting the focus on the Privy Council Office, Finance, the Treasury Board and his own office [the PMO].

Q: It’s trite, I suppose, to say this is about hunger for power. Are there other reasons?

A: Certainly, every prime minister who has come after has felt comfortable with the levers of power all being in his office, but it’s not just sheer lust for power. I think [Pierre] Trudeau had a point when he said that department ministers had too much authority. They had their own agenda, and the government of the day couldn’t shape the agenda it wanted to.

Also, today, there’s no issue that belongs to a single department. Everything is cross-departmental. If you want to talk about the environment, it involves infrastructure. When the Harper government tried to set up an economic development plan for northern Canada, I think there were 32 agencies and departments involved. So it’s a combination of factors.

Q: Is one of those factors our growing focus on leadership politics?

A: Sure. We call it “the Harper government,” or “the Trudeau government” and so on. The focus is on the leaders, and you don’t have the kind of strong regional ministers you once had, like James Sinclair [for B.C.], Marc Lalonde [for Quebec] or Roméo LeBlanc [for New Brunswick]. It’s not a Harper thing. I wouldn’t blame him any more than Jean Chrétien or [Pierre] Trudeau.

Q: We in the media play up every moment when the message is mixed, or a backbencher voices an unwelcome opinion. It’s gotten worse with social media. So here’s the question: Can a leader in 2015 reverse this evolution and expect to survive politically? Won’t his or her government just look disparate and disorganized?

A: If Justin Trudeau asked me for advice—and he hasn’t—I’d tell him that if he becomes prime minister, he should tread very carefully. One reason is the point you’ve just made. Looking as though you’re not in command of your government is a major pitfall. Also, we now have an ingrained culture in Ottawa, in both the central agencies and the departments, that you govern from the centre. There’s nobody left from the Pearson generation. The people in Ottawa now have never had cabinet government. The public service, the whole system is designed to govern from the centre.

Q: How would that impede someone trying to devolve things?

A: You run the risk of ministers and departments flying off on their own agendas, and of your central agencies suddenly not knowing where to turn. It took Trudeau several years to govern from the centre, and Chrétien, Mulroney and Harper continued his work, which is still in progress. To undo all that requires changing a culture that existed prior to any public servant working in Ottawa. You can’t do that overnight.

Q: Where would you tell a PM to start?

A: Perhaps, rather than starting with your own office, start by showing some respect for Parliament. Declare that you won’t have any more omnibus bills. Declare that your government and cabinet will have the utmost respect for MPs and committees of Parliament. Then go into your own office and look at how departments can have greater say, how public servants can take ownership of more of their work.

Q: Sounds easier than it probably is.

A: If Trudeau becomes prime minister, he will be hit by a crisis every week or so. “Events, my dear boy, events,” as [former British PM] Harold Macmillan said. Well, if the prime minister focuses on events, governing from the centre will start to seem very convenient.

Q: You have, however, voiced concern about the issue of power concentration in the past.

A: If Justin Trudeau wants to do this, I applaud him. We’ve gone too far down the road of centralization, in my view. If he’s making that case, he’s right.