That may not seem transparent. But politicians on Twitter are making our politics more riven 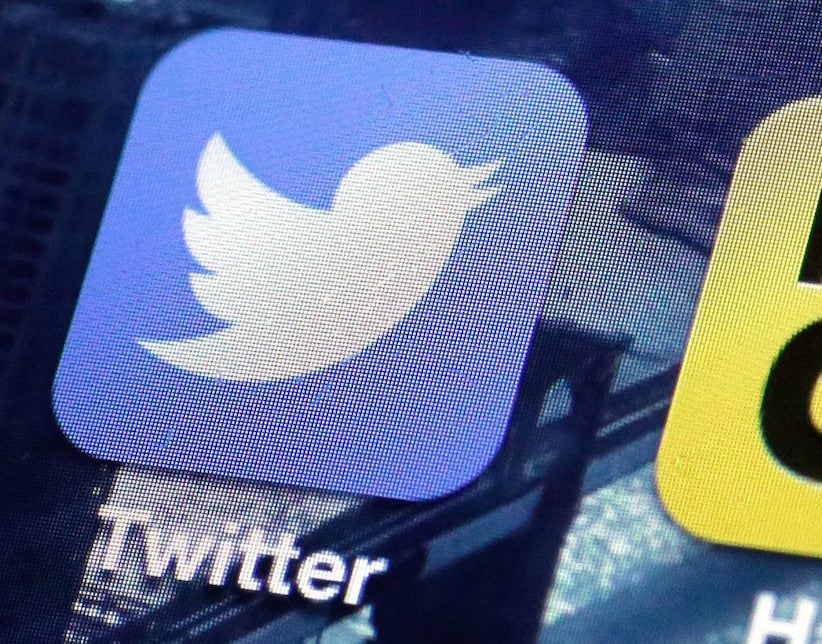 I understand this idea goes against all that we’ve told ourselves for a few years now about democracy and access and transparency, but perhaps now it is worth seriously thinking about.

Twitter was meant to accomplish many things; it was meant to make our politicians more connected to us, more accessible to us, and more transparent to us. And, in some ways, all of this has occurred. It is theoretically quicker, for instance, to interact with them. It used to be that, to voice concern, one had to write a letter, post it, and wait, hoping it got further than some staffer’s outside office. Now, all you have to do is tweet.

And yet, while we’ve gained in access, we seem to have lost out in other ways. Namely: nuance. How did this happen?

There is an odd but noticeable paradox about the Internet: that spending time using a medium that offers us virtually all the information known to humankind doesn’t actually make us any smarter. In fact, the opposite seems to occur. Why might that be? It might have something to do with how reason is treated online—or not, as is more often the case.

The idea that debate on Twitter is polarized is a cliché now, but the impact of that is worth spending time to consider. Polarization means people are becoming more and more entrenched in their ideas, or in ideas that reinforce those they already have. We may not even seek these out deliberately—though who we choose to follow on Twitter is. We may think we are independent stewards of the Internet, but as more of us get our news and information from places like Facebook, we leave a lot of that up to an algorithm that dictates our news feed based on our past preferences.

However it happens, the point is that once we are entrenched in what we believe to be a true vision of the world, debate becomes less about knowing facts, and more about the definition of truth. “Once debates reach this point they are very difficult to resolve,” Michael Patrick Lynch writes in The Internet Of Us: Knowing More and Understanding Less in the Age of Big Data. “It has become a matter of principle. Not moral principles, but ‘epistemic’ principles—‘epistemic’ because they are about what is rational to believe and the best sources of evidence and knowledge.”

So discussion becomes less about giving reasons why something should be, and instead just about who can state more emphatically that something is. Or, worse, it defaults to emotion, where people simply defend a position because they feel it’s correct. Without discussion of reasons, there is no true discussion. This makes something like nuance impossible.

How does this translate to political discourse in real life?

Because nuance online doesn’t accomplish much—that is, it gets no attention. In order to be noticed, one’s immediate default position has to be strident defence of one or another position. Nobody’s going to retweet you if you’re on the fence on a topic; people want what Twitter was designed to provide: reactionary, hyperbolic, and instant commentary—or nothing at all.

This becomes an issue with politicians because, somewhere in the background, someone is tracking that reaction, and being outspokenly on-message is looked upon as a positive thing inside political parties, because then the message gets shared. The more the message is shared, the more political parties can see who is sharing it, and the more they can start to find out who might vote for them.

So Twitter becomes much more than a mere communication tool to keep in touch with constituents. It is instead a loud trumpet for political marketing delivered under the guise of transparency and openness. 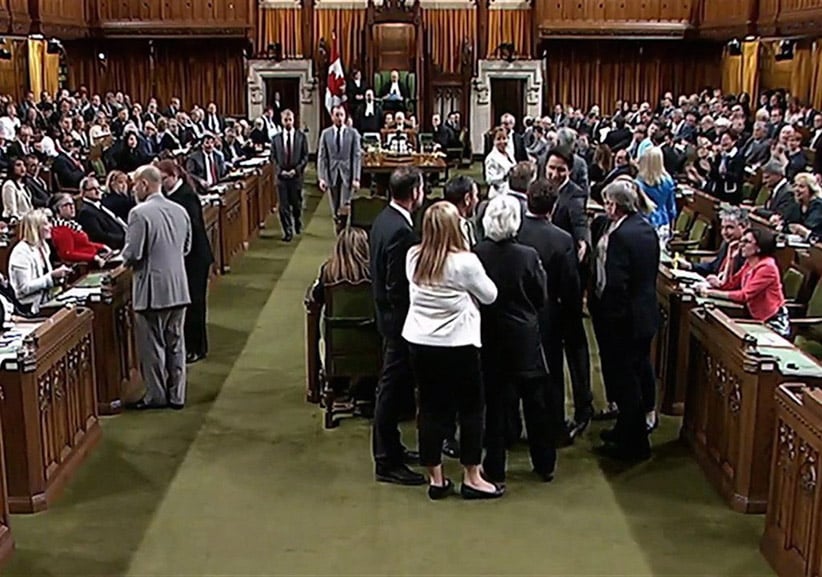 Canadian Prime Minister Justin Trudeau, face towards the camera left of centre of the frame, is shown near Opposition whip Gordon Brown in the House of Commons in Ottawa on Wednesday May 18, 2016. Footage from the Commons television feed shows Trudeau wading into a clutch of MPs, mostly New Democrats, and pulling Opposition whip Gordon Brown through the crowd in order to get a vote started. (CP)

Just last week, we saw this take place in the House of Commons, in the minutes and hours following Prime Minister Justin Trudeau’s inadvertent elbowing of New Democrat MP Ruth-Ellen Brosseau. The statements by MPs about the incident were dialled instantly to maximum outrage, with members recounting that the Prime Minister had committed a “physical assault” that had been “deeply traumatic” to witness. Conservative MP Peter Van Loan went so far as to colourfully state that Trudeau had “anger fierce in his eyes and face” as he crossed the floor.

WATCH: NHL ref Kerry Fraser makes his calls on the Thrilla on the Hilla

All of it was seemingly designed not to bring clarity to a surprising event, or to lend context to what had happened. It all had the ring of a Twitter scuffle—as if it were all designed to go viral. Maybe not, but in the days that followed, the NDP did the following: the party attempted, via leader Thomas Mulcair’s Twitter account, to start a hashtag trending about the unfair backlash Brosseau had received in the wake of the incident—#StandwithREB. This wasn’t just a debate in the House; it was an opportunity to build a Twitter movement.

During that debate, there was one call to reason, one attempt at bringing “perspective” on what happened, one attempt at bringing nuance to the debate. Green Leader Elizabeth May stood to note that while the Prime Minister’s actions were “unacceptable,” there had also been some “mischief” by the NDP MPs in the moments prior. She was shouted down by her colleagues in the House for perhaps being too nuanced in her immediate judgment. “Shame!” they cried. “Shame!”

So, let’s ban politicians from Twitter. Let’s take away that opportunity to make what ought to be considered and thoughtful debate into a viral hashtag, or for them to become mobilizers of the unreasonable, entrenched hordes.

Disclosure: From September 2014 to December 2015, Colin Horgan worked as a Liberal Party speechwriter. He is not a member of the Liberal party.