The circular logic and mixed messages on electoral reform 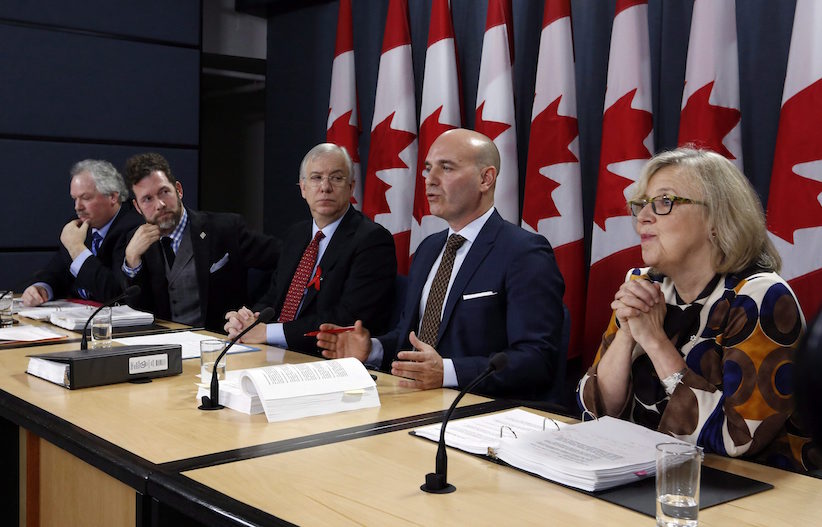 Francis Scarpaleggia was put in a very odd position on Thursday morning.

As chair of the special committee on electoral reform, the Montreal MP was front-and-centre presenting recommendations on one of the government’s signature election promises, to change the federal voting system before Canadians next head to the polls. However, Scarpaleggia and other Liberals on the committee insist citizens are simply too apathetic right now to risk putting the complex issue to a checked-out electorate in a referendum, which was one of the committee’s central recommendations.

“We’re of the opinion on the Liberal side of this committee that Canadians as a whole are not enough engaged on the issue of electoral reform,” he argued in a press conference unveiling the committee’s report. “If there’s a referendum and people aren’t engaged in the issue and they haven’t assimilated the issue properly, what you’re going to have is a referendum result that doesn’t reflect the valid question, and that’s a very dangerous thing.”

It’s curiously circular logic, in a way. If there are no concrete choices on the table, serious debates or advertising campaigns going on, there’s not much to seize the public by the lapels when it comes to an undeniably esoteric, though important, issue. And if the government believes it’s prudent to wait for some undetermined level of interest to be aroused before it acts, it’s unlikely any of those things will take shape that might, in fact, get people to tune in.

MACLEAN’S EXPLAINS: What are all the options for electoral reform?

The Liberals have made it clear they don’t want a referendum. Prime Minister Justin Trudeau, who pledged on the campaign trail that the 2015 election would be the last under the first-past-the-post system, has argued that status quo is the most likely outcome of putting the issue to a vote, meaning “referendums are a pretty good way of not getting any electoral reform.” Maryam Monsef, minister of democratic institutions, told the committee in July that she was skeptical a referendum was the best way, because it was divisive and a blunt instrument to decide complex matters. She has instead repeatedly insisted the government will not move forward without broad public support, but has not been specific about what that means.

On Thursday, in a lengthy press conference that included members of the electoral reform committee representing all five parties in the House, the tone shifted as time went on. What started out as cheery, collegial back-slapping about the hard work and cross-partisan bonding the committee members had done as they travelled across the country hearing from citizens and experts eventually slid into testiness and factional impatience. Near the end of the event, Nathan Cullen, an NDP MP on the committee, expressed frustration with the vague way the Liberals have defined the conditions they now see as necessary to alter the voting system.

“This test of the public has to have some undefined level of engagement before we can act: well then, when would government act?” he asked. His hope is that citizens would tune in simply because the whole exercise is central to democracy, he said. “And at some point, the minister is going to have to define what the hell she means by broad consensus, broad support. It’s a term that’s thrown out there but yet never defined,” Cullen continued in exasperation. “Well, that can be a self-defeating prophecy if you’d like.”

Later on Thursday afternoon, Monsef—who was not present at the morning press conference—appeared to further distance her government from its commitment to swift electoral reform. She threw the committee members under the bus, chiding that they didn’t offer a specific alternative to the current voting system and “did not complete the hard work we expected them to.” And on the same day the committee tabled its report, Monsef was set to launch another listening exercise on electoral reform. In a mass mailout, more than 13 million Canadian households will receive postcards inviting them to provide online feedback about their democratic values. “I don’t want to pre-judge what she’ll find with that, but we’re just saying that as of Dec. 1, we don’t believe Canadians are sufficiently engaged to have a referendum tomorrow on this,” Scarpaleggia said.