Justin Trudeau and the politics of hope

Behold, the genesis of "hope and hard work" 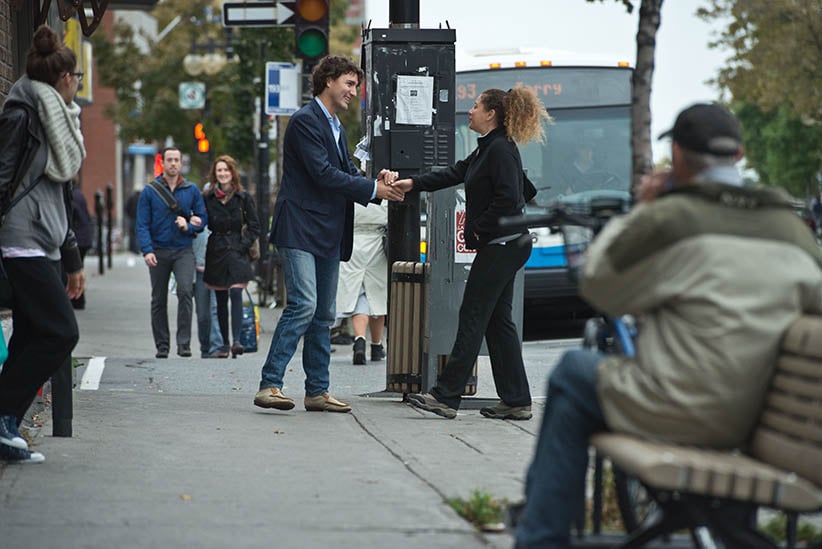 Four years ago, Justin Trudeau penned a few hundred words on the inaugural address of the new American president.

“He invoked George Washington and the revolution that created the United States. He returned to a moment stripped of all but ‘hope and virtue.’ That was the beginning of America, and it is to those fundamentals that he reached,” Mr. Trudeau wrote of Mr. Obama. “But what kind of tools are hope and virtue alone? Surely we need stimulus for the economy, regulation for the banks, protection for the environment, jobs for the jobless, subsidies here, investment there … Surely hope and virtue are just rhetorical flourishes, not the tools he plans to use to set the world on a new course? Surely we need action, not just pretty words? But President Obama told us that those will indeed be how he brings change to America. For actions, behaviours and habits will never change unless mindsets, assumptions and expectations are first shifted.”

How to do that?

“We’ve long known that the massive, global challenges facing our economies, our environment, our quest for social justice and our desire for peace would require the participation of everyone. With his first speech, President Obama just reminded us all that our efforts can only be successful if they begin in our hearts and minds,” Mr. Trudeau explained. “For the next four years, the most powerful man on the planet will be so not because he can affect our lives and world, but because his words can touch our souls. And we’ve never needed it more.”

Here, maybe, consciously or inadvertently, was something like a mission statement. Or maybe it just sounds like something Mr. Trudeau might have said to explain himself these last six months.

Related at macleans.ca: Extensive coverage of the 2013 Liberal leadership race

The time arrived for Mr. Trudeau to be showcased and, for maybe the first time all afternoon, real noise could be heard. The lights dimmed and a video played and, in his “feel this speech” mode of delivery, the candidate’s disembodied voice spoke of dreams and principles. His supporters, dreamers young and old, waved red-and-black signs emblazoned with his first name. There was fog and lights and a large Canadian flag and dance music and rhythmic clapping and that sense of fun and the candidate walked to the stage, his wife by his side, illuminated by the camera lights. He hit the stage with 20 minute remaining in his allotted time.

“I stand before you,” he said, “a son of Quebec, a grandson of British Columbia, but a servant of Canada.”

He enthused on this s-word.

He wore a black suit, a white shirt and a red tie, colour co-ordinated with his scarved supporters. He spoke of what apparently unites us: optimism, openness, compassion, service, generosity. He demonstrated that look, his own version of Blue Steel, that seems meant to convey a fierce urgency of now. “My fellow Liberals. My message message to you is simple. To lead Canada, we must serve Canadians,” he said. “We must prove it with acts more than words.” And so here followed many words about doing, about working and building and earning and serving. About a “new way of doing politics” and “doing politics differently.”

Mr. Trudeau is blessed of all that can’t be taught—fame, celebrity, confidence, ease, good genes, an immediate connection with a significant portion of the voting public. It is all down to what he can make of his inherent advantages and how much else he can learn. And therein is there much to be said about how much can go wrong.

Since Mr. Trudeau’s father was prime minister, the Liberal party has been led by five men: five formidable, impressive men. Only one—Jean Chretien—led the party to a majority government, and then at a time when the Conservative party was divided and the NDP was little more than a rump. John Turner, a Rhodes Scholar, accomplished athlete, former justice minister and former finance minister, who once danced with Princess Margaret, led the party to 40 and 83 seats in successive elections. Paul Martin, son of a cabinet minister and himself one of the most important finance ministers in the history of this country, who was endorsed by 93% of Liberal delegates in 2003, managed a minority government in 2004 before leading the party to 103 seats in 2006. Stephane Dion, a hero of the fight for a united Canada and a former environment minister who seemed to capture the defining cause of the 21st century, led the party to 77 seats in 2008. Michael Ignatieff, a celebrated academic, author and intellectual who was supposed to be something like the second coming of Pierre Trudeau, led the party to 34 seats in 2011.

And so now here is Justin Trudeau. Somehow both underestimated and overestimated, under-qualified and best-suited, the personification of both nostalgia and the future. He is a boxer who has piled up a record against obviously overmatched foes. But in the wake of the failure of good men, the Liberal party hopes for the right man. And maybe they have one. Or maybe they are about to make the gamble that will finally bankrupt them. Maybe they have something like the Canadian equivalent of Barack Obama. Or maybe they have the Canadian political equivalent of the American housing bubble.

“If we work hard and stay optimistic, we will put forward an irresistible alternative to the Conservatives, 30 months from now,” he said. The crowd cheered and he rose his voice to speak over them. “Irresistible not because it is Liberal,” he said, “but because it will be 100%, undeniably Canadian.”

At least for anyone who wishes things were somehow different, change is an irresistible, if loosely and differently defined, concept. It is the idea that motivates every successful change in government and every meaningful new arrival—and maybe it is precisely what our politics seems regularly to cry out for. It is what Mr. Obama personified at the precise moment someone like him was desired. But his was not merely a case of well-chosen words artfully delivered. It was a matter of the words matching the person whose actions and ideas seemed to support the words. Politics is words. But it a matter of making those words mean something. Mr. Trudeau has had 41 years to get to these words and this moment. And he now has two years (at least) to make those words mean enough.

He said he’d spoken to more people in six months than Stephen Harper had in six years. He raised his previous profession for the purposes of suggesting his critics were attacking teachers. He faced up to his last name—while a man dressed up as his zombie father cavorted outside—and turned it into a climactic paean to generational responsibility. But the line—the title—had been delivered a few moments earlier.

“Hope, my friends,” he said in his way. “Yes, always hope. But more than that. Hope and hard work.”

Here be the basic elements of politics, this business of selling hope. So behold this moment of immense and loudly announced possibility. Behold potential. And remember how much that counts for.

He finished with seconds to spare and descended from the stage and disappeared into a swirl of people and cameras. Mr. Trudeau sat with his two young children on his lap and his wife by his side. His daughter played with his hair. The flashes kept popping, even as the next candidate’s showcase began.