The Commons: Let us renew our commitment to democracy, at least in Egypt 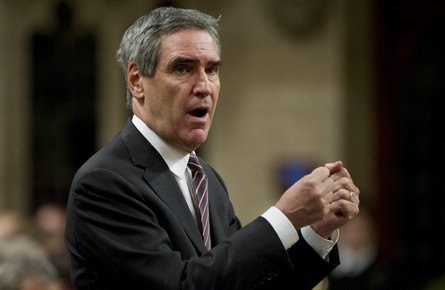 The Scene. So where were we?

Ah yes, in disagreement. On the left side of the House sat the opposition, themselves divided into three distinct parties. On the right side, save for a few New Democrats there at the far end and two independents in the back corner, sat the government. In general, perhaps even by definition, no one group agreed with much of anything that was said or done by any of the other groups. All were of general agreement that they wanted things to be somehow better, but all were generally inclined to believe that they, and only they, truly understood how to go about achieving that vague state of improvement.

It will no doubt surprise you little to learn that in the six weeks since all sides were last compelled to sit in reasonable proximity to each other, almost nothing—from their thoughts to their words to their general attitudes—has changed.

So let us turn instead, or at least at first, to the small matter of the democracy that may or may not be breaking out in Egypt.

On that point, Michael Ignatieff stood at approximately 2:15pm this afternoon to demand that the government declare as forcefully as possible—perhaps with fireworks or yelling, or with some kind of musical score from Andrew Lloyd Webber—its belief in the fundamentals of democratic governance. “Mr. Speaker, as events have unfolded in Egypt, Canadians want to be sure that their government is speaking up for democratic values, freedom of assembly, freedom of speech … and a clear path toward a democratic transition,” he ventured.

Narrowing his eyebrows, he attempted to pinpoint the question at hand. “What exactly has the government been saying to the authorities in Egypt?” he wondered aloud. “Are we or are we not standing up for democratic values?”

Here then came the Prime Minister with the requisite assurance. “Mr. Speaker, I said in North Africa last week that the fundamental basics of this government’s foreign policy is the encouragement of freedom, democracy, human rights and the rule of law. Those are the values that we express to all governments around the world,” he reported for the benefit of the House. “Obviously, important events are unfolding in Egypt. We want to see it transition toward the basic values of freedom, democracy, human rights and justice. Obviously, we want to make sure the transition does not tend toward violence, instability and extremism.”

Obviously, here the Conservatives leapt up to applaud Mr. Harper’s support for freedom.

Mr. Ignatieff moved on the difficulties some Canadian citizens are having in their attempts to flee Egypt. This, the Liberal leader ventured, had something to do with government cuts to the foreign service. Mr. Harper dismissed Mr. Ignatieff’s concerns and expounded on the effort now being made to evacuate those who desired it.

Here the opposition leader apparently found himself in need of a segue and, apparently feeling somewhat ambitious on this first day back, attempted a rhetorical leap of some daring. The Conservatives, he repeated, had cut irresponsibly from overseas offices. And, for that matter, there would be only more cuts to come—to health, education, diplomacy and aid for veterans—if the government went ahead with its plans to further reduce the corporate tax rate.

We were now either wildly off topic or decidedly back on topic. But perhaps the best way we can honour those crowds in Cairo is to practice our own democracy—however much we lament it, it is after all of the sort that they now crave.

After a perfunctory response from the Prime Minister, Mr. Ignatieff rose for a fourth consecutive time.

“Mr. Speaker, the government is raising taxes for small and medium-sized enterprises,” he declared, seemingly in reference to a rise in EI premiums.

“That’s a lie!” cried a Conservative, apparently quibbling with the Liberal leader’s interpretation.

“And giving tax giveaways to already profitable corporations at a time when Canadian families want to be able to put their kids through post-secondary education and look after their moms and dads in their homes,” Mr. Ignatieff continued. “They do not see their priorities reflected in the priorities of the government.”

He bunched up his fists and then stretched his arms wide to better illustrate himself as he went on. “When,” he begged, “will the government start listening to those families where the elastic is pulled tight and start doing something for them instead of corporations that do not need the help?”

The Liberals leapt up to salute their leader’s use of metaphor.

Over to Mr. Harper, well-prepared with a series of declarations and an impressive-sounding number. “Mr. Speaker, the government’s priority, as I said earlier, is the economy and in particular, economic growth and the creation of jobs. Obviously, we are not going to raise taxes on employers in the middle of a recovery,” the Prime Minister said.

“You are!” cried various Liberals.

“I met today with representatives of business, including the Canadian Federation of Independent Business,” Mr. Harper continued, “and it would point out that the proposal by the Leader of the Opposition would raise taxes on over 100,000 Canadian businesses, something this government has no intention of doing in this recession.”

Once more to Mr. Ignatieff. “Mr. Speaker, it is raising taxes on small and medium sized enterprises that create jobs in this country. It is giving a tax giveaway to large already profitable corporations,” he corrected.

“To create jobs, invest in healthcare and education. Give middle class families help and a break. That is what we are saying,” he continued, apparently worried that the gist of the Liberal message was being lost.

Finally then to Mr. Harper, to reassert his own interpretation and restate his impressive-sounding number. “This government,” he concluded, “will not do anything that will hurt the Canadian economy.” The Conservative side applauded this commitment to a minimum threshold of righteous intent.

Of course, it cannot be said that anyone here is operating an explicit policy of hurting the Canadian economy. Only that everyone is quite sure that everyone else is quite likely to do so. Thus does our democracy remain in perfect balance. Be it ours to cherish.