The Commons: Off we go with no idea where we’re headed

The hallmarks of a scandal are there. Does that make it a scandal? 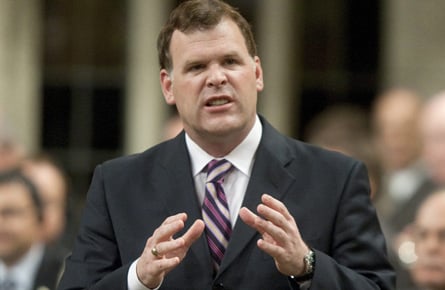 The Scene. “Everything we’ve learned so far has all the hallmarks of a scandal,” Liberal Geoff Regan was quoted as exclaiming in a party press release this afternoon.

And indeed, on this—the hallmarks, that is—there can be little debate. There is a lucrative government contract. There is an RCMP investigation. There is an individual, unregistered to lobby the federal government, who received payments from the individual who was awarded the lucrative contract. There is the party fundraiser the contract winner hosted that was attended by the cabinet minister whose department oversees such contracts. There is—or at least was—some kind of departmental probe that may or may not be related to all of this.

That there is as yet little sense of what exactly, if anything, this amounts to only heightens the intrigue—the House rarely as excited as when it hasn’t the faintest idea where it’s headed.

Up first on the matter this afternoon was Liberal Marcel Proulx, rising to remind the minister in question, Christian Paradis, that he’d asked him nine months earlier to account for the refurbishment of West Block. “He tried to slough off my questions as fictional stories and said next we would ask him to start searching for Elvis in his department,” Mr. Proulx lamented.

At this the government sent up its House leader, the reliably emphatic John Baird, to assure the House that the government had acted quickly and resolutely to impose ethical standards on this place when it took office and that “anyone who breaks the rule will face the full force of the law.”

Mr. Proulx was unpersuaded. “They may try to disassociate themselves, but the scandal will eventually swallow them,” he predicted.

Gilles Duceppe stood to review all of the associations one of the individuals in question had with the Conservative party. Mr. Baird stood to explain everything this individual was not—namely a member or organizer for the party.

The aforementioned Mr. Regan used his turn to mix his metaphors. “Mr. Speaker, the government is trying to cover its tracks as the stench of corruption wafts around a well-connected lobbyist’s role in a $9 million construction contract,” he explained. “Yesterday the government House leader tried to snow the media when he claimed Gilles Varin has not had any involvement in the ‘new Conservative Party,’ and again today he is at it.”

Here Mr. Baird himself detected a whiff of something worth noting. “Maybe the member opposite should check his party’s own records,” he advised Mr. Regan. “I understand the individual has also donated money to the member for Bourassa.”

“Ohhhhhh!” sang the Conservative side.

Mr. Regan had little response for this, but he did have questions—five of them in fact. “Yesterday the Minister of Public Works said no member of the government is being investigated by the RCMP. How could she know that? Has the RCMP briefed the Prime Minister? The government House leader’s parliamentary secretary says they mean that the Mounties have not contacted any ministers. It is not the same thing. Why did the Prime Minister not say that? Why could he not be straight with Canadians? Are the Conservatives in this deeper than they wish to admit?”

Public Works Minister Rona Ambrose had no response for any of these, except to say what Mr. Regan had accurately recalled her as saying the day before. “Mr. Speaker, as I said yesterday, no members of this government are part of this inquiry,” she confirmed.

Denis Coderre, the aforementioned member for Bourassa, picked up the line of questioning, allowing Mr. Baird to repeat his aforementioned allegation. Mr. Coderre pleaded innocence. Mr. Baird countered with aspersion. “Mr. Speaker, the member for Bourassa says that he does not give out large contracts, but there was a time when he held a very powerful position in the Government of Canada, not only being a senior minister in the Chrétien government, but in the Martin government he was the president of the Privy Council,” he recounted. “Of course the Privy Council is the central operating agency of the government, and I wonder when that cheque was dated. Was it when this government was in power, or was it when he was sitting around the cabinet table?”

Into this fine mess then jumped Pat Martin, the New Democrat aficionado of the absurd rising with a run-on condemnation of what lay before him. “Mr. Speaker, I think the Minister of Natural Resources must have gone to the Karlheinz Schreiber school of government relations because people should not have to grease the palms of a Conservative lobbyist to bid for a government contract and no, it is not okay for a minister of public works to shake down contractors at a so-called fundraiser,” he said. “Nobody should have to tell him that.”

Now in full rhetorical flight, he attempted to make sense of it all from his lofty perspective. “We now know that renovation slush fund money found its way into the coffers of the Conservative Party, so I have two questions to ask. One, are they going to give that money back?” he wondered.

“Two, are they going to make room in the hall of shame over there,” he asked, gesturing to the far corner of the room now assigned to Helena Guergis, “and fire that minister?”

He quite literally growled this f-word.