The Commons: What price freedom?

In the absence of accounting, there are only laments 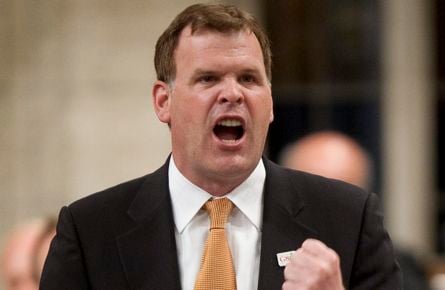 The Scene. “What’s this about?” Michael Ignatieff begged, verging on the profound.

The subject, for a second day, was the apparent cost of securing this summer’s meetings of world leaders in cottage country Ontario and downtown Toronto respectively. The sum is now said to be a few nickels short of a billion dollars. The Parliamentary Budget Officer is apparently thinking about checking the government’s math, and the Liberals and NDP have asked the auditor general to investigate.

In the meantime, and in the absence of such accountings, there are only laments—”It borders on indecency,” the NDP’s Olivia Chow cried this afternoon—and accusatory questions, most wondering if somehow government mismanagement might perchance explain the tab.

“Mr. Speaker,” said John Baird, standing in for the Prime Minister today, with his first attempt to refute this suggestion, “Canada is a very big country.”

It was unclear if the bigness referred to here was land-based or metaphorical; if this was meant to imply that the sheer enormity of our nation made the cost of securing it so high or that Canada’s global prominence made it necessary that we every so often spend an inordinate amount of money on a largely ceremonial celebration of ethereal ideals and notions (that was the official explanation for the Olympics, wasn’t it?).

Mr. Ignatieff tried again. “Mr. Speaker, there is a pattern of reckless spending that needs to be recognized,” he said.

The Conservatives mockingly laughed at this allegation of profligacy.

“This is a government that inherited a $13-billion surplus and turned into a deficit before the recession even began,” he reviewed. “Now it is spending more than a billion dollars of borrowed money on a summit because it could not even figure out where to hold it. Why are Canadian taxpayers footing the bill for this kind of incompetence?”

If Mr. Baird was to win the day, he would obviously need more than geography.

“Mr. Speaker,” the Transport Minister offered with his second try, “since 9-11—

“—security has become a new reality for Canadians and for people in every part of the world,” Mr. Baird continued. “I think all members of Parliament, particularly those of us from Ottawa, were deeply concerned with the recent fire bombing not three miles from this chamber. We are going to work with international authorities to ensure that international leaders like President Barack Obama, like the President of China, President Hu, and to make sure that the people of Huntsville, Muskoka and most importantly the people in the large city of Toronto are safe.”

The opposition did not seem swayed. “Mr. Speaker, the handling of this issue is comical,” Mr. Ignatieff scoffed. “The Conservatives could not figure out a location. They could not nail down an agenda. They could not figure out who to invite. We would not organize a children’s party this way and now we are on the hook for a billion dollar security charge on top of a $54 billion deficit. Canadian families who do balance their budgets wonder why this incompetence has been allowed to happen.”

Strict constructionists will note the absence here of a question mark, but Mr. Baird rose to respond all the same. “Mr. Speaker,” he moaned, “the leader of the Liberal Party never misses an occasion to run down Canada.”

“Ohh!” the Liberals moaned back.

Mark Holland, the booming Liberal backbencher bursting with insistence, then debated Vic Toews, the consistently disappointed Public Safety Minister, as to who was more shameful in this particular regard.

“I notice that the Liberals on the other side are laughing,” lamented Mr. Toews after he had solemnly invoked the Royal Bank fire-bombing. “That is their attitude toward security. They are not concerned about security.”

“Mr. Speaker, shame on them,” snapped Mr. Holland. “Shame on them for using security to try to avoid accountability.”

The terms of debate are thus set. One side asks why we are spending a billion dollars. The other side asks what would happen if we didn’t.