You can change the law, Conservatives, but you know we can see you, right? 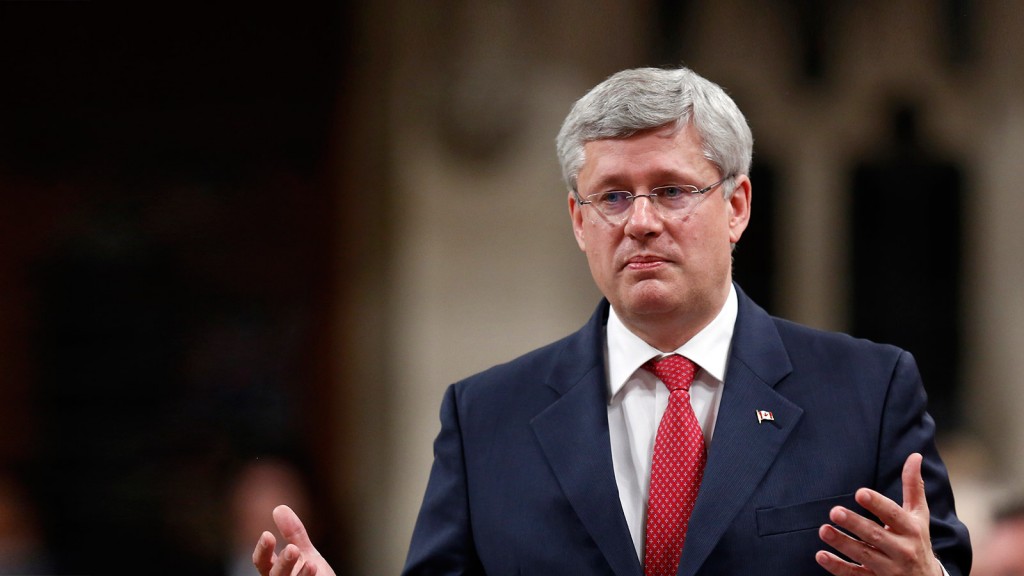 So this is pretty much all Ottawa’s talking about today:

“The Harper government is preparing to alter copyright law in Canada so politicians can use news footage and other journalistic content for attack ads and campaign spots without asking broadcasters or publishers for permission.”

Surely the best part of the memo to cabinet obtained by CTV — apparently because the Heritage department is knocking on TV networks’ doors to discuss its proposal with them — is the repeated use of scare quotes around the word “news”:

“[B]roadcasters, newspaper and periodical publishers, and ‘news’ photographers will vehemently claim that their work is being unfairly targeted for the benefit of political parties … [the proposed copyright exemption] would allow free use of ‘news’ content in political advertisements intended to promote or oppose a politician or political party, or a position.”

This is what gamblers call a “tell.” Stephen Harper’s government feels entitled to use ” ‘news’ content” in its political ads because it doesn’t believe it’s “news” — or rather, it doesn’t believe the broadcasters treat it as news. The belief that pretty much every journalist is in the tank for Justin Trudeau runs deep in Conservative hearts. So is the belief that Trudeau has benefited from a free-media ad blitz of 18 months’ standing. When the Conservatives buy a little time on radio or TV to badmouth the Liberal leader, in their mind they’re hardly dominating the political discourse. More like jamming a finger in a dike. The flood of Laurentian-elite zeitgeist still runs heavily against their party. In an unfair world they are not interested in playing fair.

This explains why the government seems intent on ignoring sensible suggestions that it simply broaden fair-use protections for all kinds of speech, and why it plans to dump this manifestly non-budgetary measure in a budget implementation bill, another in a long line of Trojan-horse measures cheerfully socked away where there is no threat they might receive scrutiny or thought before passing. When you’re in a fight, you fight, the Prime Minister’s staff will tell themselves.

As transparent as its motives may be, I don’t have a particular problem with the government’s project here. I think political speech, conducted in public by politicians, is fair game for rebroadcast even by enemies bent on distorting the context of the speech. That’s what broad support for free speech looks like. (This paper, written in the context of U.S. politics, makes arguments similar to what I have in mind.) Every word I ever wrote could have been cherry-picked for insertion into a partisan ad, like a movie reviewer’s “a glorious mess!” being truncated to “glorious!” in studio ads. It’s artificial to insist that video must be protected at a higher level than mere words. While the result will certainly be lurid misrepresentation of what some politicians meant to say, (a) that’s hardly new (b) permitting or defending speech based on assumptions of motive is a very tricky business with all kinds of potential for blowback as nasty as the original offence.

So even if it means somebody runs CTV or CBC footage of Justin Trudeau or Tom Mulcair or some future somebody-else looking goofy, I have little problem with the Conservative move on its substance. When it comes to misrepresenting your opponents, my God, there have always been many ways to skin that cat.

I presume the Conservatives haven’t thought through the implications. Every newsroom in Ottawa, Toronto and Montreal will now select footage for broadcast based on the assumption that it could be used in a partisan ad. This will sharply chill the cavalier use of embarrassing images. The net effect will be to reduce the broadcast in most newscasts of the sort of goofy-rookie-leader imagery the Conservatives want Canadians to see more of.

And, of course, there are the optics of the thing. There’s a war on, just barely, and continuing economic malaise and a skills shortage and a global competitive race and a struggle to get resource wealth to market and a bunch of other files to which a government should feel welcome to pay attention. This schoolyard stuff should be beneath the dignity of a government and a party hellbent on convincing Canadians that the other guy isn’t serious.

Something else. The Conservatives haven’t exactly been light on the ads since Trudeau became Liberal leader, or before: they have spent more millions of dollars on between-writ ads than any other party in Canadian history. If they have been behind the Liberals for 17 consecutive months, it’s not for lack of effort. When you’re firing blanks, more ammunition probably won’t help.