Politics Insider for July 18: Nuclear secrets, Scheer's dairy delight and a little competition for nominations would be nice 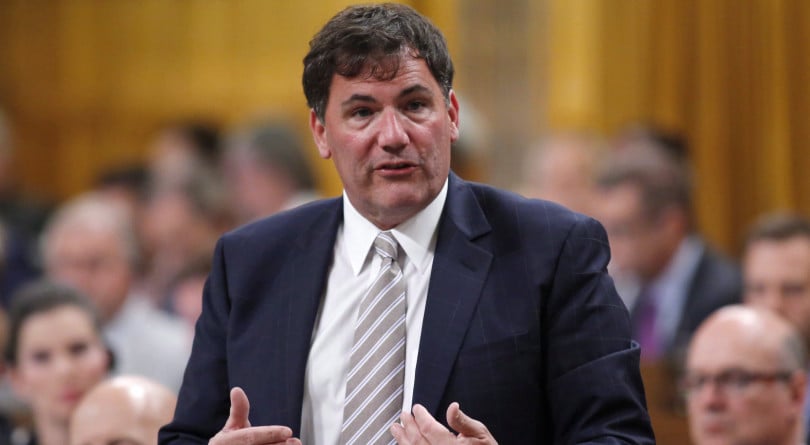 Dominic LeBlanc rises in the House of Commons during Question Period in Ottawa on Monday, June 11, 2018. (Patrick Doyle / CP)

Cleared for takeoff: Since news first broke that Liberal cabinet minister Dominic LeBlanc accepted a private flight from J.D. Irving Ltd. to see a Montreal doctor about cancer treatment, and that the flight was pre-approved by Canada’s federal ethics czar, opinion has been divided over whether the flight should have been allowed. Democracy Watch slammed ethics commissioner Mario Dion for giving LeBlanc, who is battling non-Hodgkin’s lymphoma and has been told not to fly commercially, the go ahead. “The ethics commissioner acted like an unethical lapdog by approving this unethical gift of a flight,” said the group’s co-founder Duff Conacher.

Others, including Doug Ford’s principal secretary Jenni Byrne, find nothing wrong: “He disclosed his relationship with the Irvings to the Ethics Commissioner. This was approved, and he is conflicted out of dealing with Irving issues in cabinet. I lost my Mom to cancer and would have gotten on the plane like he and his family did.” (Canadian Press, Byrne’s tweet)

Meant to do that: After initially appearing to have given away U.S. state secrets about the location of nuclear weapons in Europe, it’s now clear Canadian Senator Joseph Day just confirmed an open secret. A draft but public version of a report Day authored for a committee of the NATO Parliamentary Assembly included specific details about the location of the weapons, and while the information didn’t make it into the final report, Day fired back at those who accused him of initially goofing up: “It was not an accident. We intended to communicate to our audience, which is the NATO Parliamentary Assembly, to give them information with respect to the issue of nuclear deterrents,” he told Global News. “Anybody could go to the internet and find the information.” (Global News)

That’s not how it’s done in Canada, Trudeau said. I wish I could believe that wholeheartedly. But it doesn’t take very long to think of times I’ve witnessed the very opposite of how it’s supposedly ‘done in Canada.’

For instance, I was walking in Kensington Market in Toronto several years ago with a friend, who was wearing a hijab when a man yelled at her to ‘go back where she came from, terrorist.’ We walked faster, not daring to look in his direction. I felt sick, the rest of that day tainted by the incident.

More recently, I was in St. Catharines, Ont., earlier this year when I witnessed a man screaming at a Sikh man wearing a turban to ‘take that towel off his head.’ I crossed the street, hoping he didn’t turn his attention to another visible minority, my heart aching for the man who was just waiting for his bus to take him where he needed to go. (Maclean’s)

Cut!: After trying to use images of two Canadians held in China to raise funds for the Scheer campaign, the Conservatives had to re-edit the video when the family of one of the men complained. “One of the families requested their son’s photo and name not be used, and of course we’re going to respect that,” spokesman Cory Hann told CBC. “So after they reached out we re-produced the video without either of the photos or names.” (CBC News)

Thirty years ago, it was easy to believe when Ronald Reagan said that America was a “beacon of freedom,” writes Scott Gilmore. Nobody’s buying it today.:

In 1989, a president could claim (as Reagan did that day) that America was a unique “beacon of freedom and opportunity,” and that “no country on Earth comes close.” It was not only plausible then, it was a view widely shared everywhere in the western world. Now, when President Trump makes a similar boast, only his most passionate partisans believe it.

There is one particular claim in Reagan’s speech, made as he described the exceptional nature of the United States, that is now especially jarring: “You can go to live in France, but you cannot become a Frenchman. You can go to live in Germany or Turkey or Japan, but you cannot become a German, a Turk, or Japanese. But anyone, from any corner of the Earth, can come to live in America and become an American.” (Maclean’s)

Cakewalks: For the vast majority of federal political candidates, the key to getting nominated was just showing up. The Samara Centre for Democracy examined 6,600 candidates who ran in the last election and found just 17 per cent competed in nomination races. As Samara noted: “Nomination contests remain too short, uncompetitive, unpredictable, untransparent and exclusionary.” (CBC News)

What the polls are saying about Election 2019

More Canadians are taking a dim view of Chinese telecom giant Huawei, the company at the centre of a diplomatic dispute between Canada and China. A Research Co. poll found 68 per cent of people believe Huawei should be barred from working on Canada’s 5G mobile network, up from 57 per cent in February. (Vancouver Sun)

More than two-thirds of Canadians believe it’s time for another federal party to take power in Ottawa, according to Ipsos. Meanwhile, 37 per cent of decided voters said they would vote Conservative while 31 per cent would vote for the Trudeau Liberals. (Global News)