The next three weeks in Parliament will determine whether the campaign trail is an open road for the Liberals, or a boulevard of broken dreams 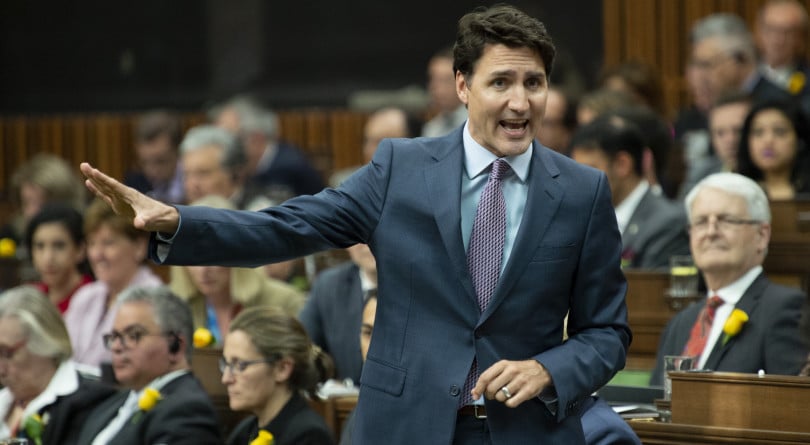 With Parliament set to rise on June 21, MPs are preparing for a summer filled with pre-election groundwork. But the government will be making the dash to sunny days with its briefcase full of legislation that has yet to be passed. Prime Minister Trudeau and his team will be under pressure to deliver on these commitments. That task will be made difficult by emboldened Independent senators and obstructionist Tory senators, as well as opposition members of Parliament who have concerns with the substance of pending legislation, wish to see the government embarrassed ahead of the election in October, or both.

After being elected in 2015, Trudeau publicly shared the mandate letters he delivered to each of his members of cabinet, outlining what was expected of them and anchored by the “12 top priorities” of the government. As a means of accountability, the Privy Council Office (PCO) created a mandate-letter tracker and published it online. When last updated on March 22, the website indicated that only four of 432 commitments were “Not met” and were “Not being pursued”—electoral reform; a balanced budget; an employment insurance break for firms that hire young folks permanently; and the removal of GST on capital investments in new, affordable rental housing. The PCO states that there has been “Progress made” on 267 promises and that 161 have been “Completed/Met.”

But there is some serious unfinished business in that “Progress made” section. Filed under it is Canada’s response to the opioid crisis, which has been slow and insufficient. Ditto fixing ensuring public servant pay—as the Phoenix pay system debacle remains unresolved. Ditto once more Indigenous housing and the implementation of recommendations from the Truth and Reconciliation Commission.

As the dissolution of Parliament and the federal election approach, the fate of a few key pieces of legislation hang in the balance—and that’s important. The remaining bills cover efforts to tackle the climate emergency and to address the ongoing colonial relationship between the state and Indigenous peoples. Their fates will reflect the priorities and capacities of the government, what it cares about and what it cares enough about to get something real done. The same is true of the Senate. So, the next few weeks will be decisive—both a test of the Trudeau government and the (semi-) independent Senate. At the time of this writing, there were eight bills under consideration in the House of Commons and 11 in the Senate. And the latter is where things get interesting.

While the government has control of the agenda in the House, and the capacity to control the calendar, with Trudeau’s changes to the Senate after his election 2015, he has had less ability to direct affairs in the Red Chamber—which is now experiencing some growing pains. Today, the Independent Senators Group (ISG), a caucus of non-partisan senators, has an absolute majority in the upper house. The Senate Conservatives (who did not respond to a request for an interview), however, remain partisan and obstructionist, their apparent interest in stalling the government’s agenda increasing as the election draws nearer.

Candice Bergen, the Conservative House leader in the Commons, blames the government. “I think they have realized that they haven’t accomplished a lot and are trying to get some things done. For sure they have really failed on their promises to Indigenous people.” But some government legislation, including the contentious environmental assessment review legislation, Bill C-69, has been in front of the Senate since the summer of 2018—and has been stalled by partisan temporizing. Sen. Yuen Pao Woo, facilitator of the ISG, sees such political games as an old problem, indicative of the reality that, while the Senate is changing, it’s not fully reformed. “It’s the old way, which is that partisan caucuses use the rules to extend and to obstruct and to delay,” he says. “It is the status quo that is holding back the Senate rather than the new approach.”

RELATED: The Senate of Canada is up on its hind legs. Will it bite?

Of the dozen bills currently before the Senate, a few stand out as particularly important to the government—and the country. Bill C-92, a bill designed to address serious flaws in the Indigenous child welfare system, is one. So is Bill C-91, an Indigenous languages bill to fund and protect Indigenous languages. The budget implementation act, Bill C-97, is also in front of the Senate, but given that it’s a money bill, the chamber is unlikely to tie it up for too long. There’s also Bill C-59, a national security bill. Bill C-71, a firearms regulation bill, was just passed.

The most contentious bills, however, seem to be concerned with the environment. Bill C-48, which would institute an oil tanker moratorium along the northern coast of B.C., has been scrutinized by the Senate for ages, and was recently defeated at committee—though not killed. Its fate will be decided on the floor of the upper chamber. Bill C-68, which is concerned with the sustainability of fish stocks, has been making its way through Parliament for years. Coastal First Nations are demanding the Senate assent to the bill.

And then there’s Bill C-69, the granddaddy-showdown of them all. The environmental assessment bill has been controversial from the get-go. While supporters see it as an essential update to the review process for major resource projects, opponents regard it as a threat to, among other things, the green-lighting of pipelines. Alberta premier Jason Kenney has been stumping against it for months, making the bill a feature of his recent, successful election campaign. Unsurprisingly, the oil and gas lobby has been aggressively opposed to it, too. The Senate (and not just Conservative senators) has offered 187 amendments to the bill, which doesn’t surprise Bergen. “The outcry against C-69 has been massive,” she says. “It is a terrible bill that will do massive damage to our economy.”

For a government keen to tout its achievements, especially on the environment, this situation is far from optimal. In October, voters will be asking “What have you done for me lately?” as well as “What are you going to do for me next?” Currently, the Liberals trail the Conservatives in the aggregate polls by six points. They’re likely to remind Canadians of their success lifting children out of poverty with the Canada Child Benefit—which is increasing. They’ll also be sure to trumpet their renegotiation of NAFTA, though the new deal has yet to be ratified by Parliament or the U.S Congress and may not receive approval from the latter.

RELATED: No, I haven’t broken the Senate

The legalisation of marijuana will be another feather in their cap. And Trudeau has himself said that he would happily make the election about the carbon tax. Yet his team will also have to answer to shortcomings on big files, including letting down Indigenous peoples, failing to balance the budget, breaking their promise on electoral reform and—to the dismay of progressives—purchasing the Trans Mountain pipeline.

The government is confident it will get its legislation passed, and members are prepared to use the parliamentary tools at their disposal to make that happen, such as longer sitting hours for the House of Commons. “We’ll most likely be entertaining extended hours,” says government House Leader Bardish Chagger. “I believe it’s important for us to be able to not only having meaningful debate but to call legislation to a vote—and also to have time to consider amendments that might come back from the Senate.”

Another tool: asking the House to sit past its scheduled adjournment on June 21. “I would hope that if we continue working in a productive manner, we shouldn’t have to do that,” says Chagger. “But if there are important pieces of legislation that are not completed, of course. We are here to serve Canadians and their best interests.”

With an election coming, Parliamentarians will amplify the high-notes of the legislative process—getting the remaining bills passed will be political, partisan and acrimonious. The fate of each piece of government business in the next few weeks will then offer voters a way to assess their government of the last four years; to decide whether the country is walking on sunshine or down a boulevard of broken Liberal dreams.