The 'grievous injustice' of the Khadr settlement

Opinion: Tory MP Garnett Genuis on why a full accounting in court was needed, not a speedy and politically motivated settlement 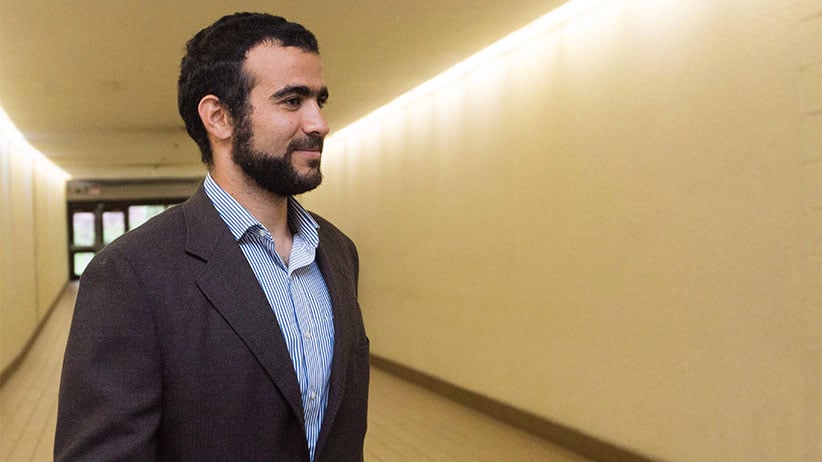 Suppose that, instead of $10.5 million, the Liberal government had agreed to give Omar Khadr $105 million. Would those who are defending the current settlement be just as willing to defend the hypothetical higher figure? Khadr’s long-suffering defenders in this case seem singularly fixated on pointing out the tragedy of his life and circumstances, instead of defending the appropriateness of the settlement. Since I have yet to hear much defence of the particular figure, I wonder if that even matters to those who made the deal.

But, whether Khadr ultimately went home with $10.5 million or $105 million, no government ever announces a court settlement in the first week of July hoping that people will notice. The settlement terms were not released. Those who think this is somehow a good deal should explain the suspect timing and the secrecy. The government seems to have approached this issue with the sincere hope that you would not notice.

Khadr pled guilty to killing a U.S. soldier and war crimes. His defenders say that he may not have actually committed the offences that he is accused of, since he allegedly only confessed as a result of torture. The United States has always denied allegations that Guantanamo Bay detainees were tortured, including Khadr. In 2010, the military judge in his war crimes trial ruled there was “no credible evidence” Khadr was tortured.

The United States was and remains a rule of law country to which we routinely extradite suspected criminals—it would be strange to selectively doubt the determinations of American justice in this case.

Regardless of how you view American justice, Khadr’s defenders are trying to have their cake and eat it too with regard to his own credibility. They would like us to accept at face value his claims of torture (despite the evidence), while rejecting his admissions of guilt (despite the evidence).

The $10.5 million payout to Khadr was, indisputably, a political choice. Nothing in any court decision obliged the government to do it. The government has argued that the ongoing legal action would be expensive, and that they would have had very little chance of winning in court.

In this respect, the government’s claim is highly dubious. The last Conservative government agreed to $10.5 million in compensation for Maher Arar, who indisputably was tortured and was innocent. (He was sent to Syria during the tenure of the previous Liberal government). If $10.5 million was an acceptable settlement for Arar, an innocent person who was tortured, then surely we do not owe the same amount to Khadr, a guilty person whose torture claims are disputed.

Further, governments ought not simply approach litigation in a way that aims to minimize the costs in that particular case. Governments ought to defend certain kinds of cases, as far as is required, when a principle of fundamental justice is at stake. We would have been well served to see the courts rule on this particular aspect of the Khadr question. This is one of those cases where justice is best served by revealing for certain what our laws oblige.

It was a political choice for the government to pay Khadr, and it was a political choice for it to pay out that money in a way that absolutely minimized the prospects of the family of Christopher Speer, the soldier he was accused of killing, accessing any of it. Surely Khadr owes something to the family. What possible public interest was served by the government seeking to minimize the Speers’ access to these funds?

While many people have used the term “child soldier” to describe Khadr, the UN Convention on the Rights of the Child sets the minimum age for recruitment into a state’s armed forces at 15, not 18 (see article 38). An optional protocol, which came into force in the same year Khadr was arrested, adds that those under 18 should not be conscripted into armed forces and that military volunteers under 18 should not take part in direct hostilities. Undoubtedly these conventions were not of great concern to the Taliban; but they do throw into question the idea that Khadr was formally a “child soldier” at the time of his capture. Though restricted in what they can do, this convention clearly regards people in Khadr’s age category differently than those who are under 15. But in any event, I am not aware of anything in international law which provides for an exemption from war crimes prosecution based on the criminal’s age, provided that the criminal has the maturity to properly understand their actions and the consequences.

Finally, many of Khadr’s defenders invoke the idea of forgiveness, especially recognizing that he grew up in a family that normalized and glorified terrorism. But Khadr is a free man, living in the best country in the world. That is sufficient forgiveness. Adding $10.5 million to that picture is gilding the lily more than just a bit.

Khadr’s defenders are also not looking for a consistent ethic of forgiveness. They want their pound of flesh from Canadian taxpayers because of his incarceration in the United States and yet they want those same Canadians to forgive Khadr for his actions.

LETTER TO THE EDITOR: ‘We owed him better than what he endured’

Omar Khadr had a terrible upbringing. He also committed a terrible crime. As a free man, he now has an opportunity to make restitution for his crime. But the government was wrong to write him a massive cheque, in the absence of any legal obligation to do so, in a way aimed at minimizing public discussion and minimizing the ability of the Speer family to access any of that money.

Putting Khadr in jail was an act of justice. Releasing him was an act of forgiveness. Giving him $10.5 million of taxpayer’s money was an act of grievous injustice, lacking in proportionality and lacking in compassion for his victims and for struggling taxpayers.